Prokaryotes are capable of learning to recognise bacteriophages 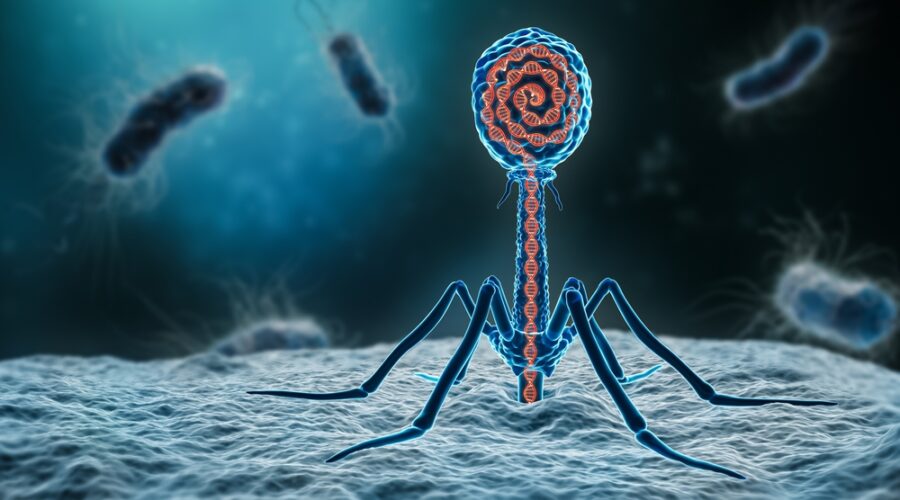 The CRISPR technology commonly used for genome editing was originally based on bacterial defense mechanisms that arose to protect against bacteriophages, though their mode of activation has largely eluded scientists. In the course of understanding this phenomenon, researchers from the Broad Institute of MIT and Harvard and the McGovern Institute for Brain Research have identified two proteins in bacteriophages, the viruses that infect bacteria, that activate bacterial and archaeal immune defense systems. The team published their report on August 12 in Science.

This research was a follow-up to a 2020 study, also in Science, where researchers identified several thousand bacterial immune defense genes that protect against bacteriophages. Both papers were led by Alex Gao, a Stanford biochemist who coauthored the newer study while a junior fellow at the Harvard Society of Fellows. He tells The Scientist that he and his colleagues were intrigued by the similarity of the prokaryotic gene architecture to human “innate immune pattern recognition receptors.”

In eukaryotic organisms, immune receptors are critical to body defense. These receptors, which are present in the innate immune system, recognize common pathogens and activate white blood cells to fight them off. The researchers wanted to know if the morphological similarity between eukaryotic and prokaryotic innate immune systems extended to their functionality, and also the molecular mechanisms through which they are activated. So they screened bacteriophages to identify component parts that trigger bacterial immune responses.

Gao and his team engineered two groups of Escherichia coli—one that contained certain immune genes and one that lacked them—from cloned genomic fragments of  PhiV-1 coliphage (a bacteriophage that specifically infects coliform bacteria) to study the behavior of E. coli when infected with the virus.

The researchers wanted to know how viral infections activated antiviral STANDs (Avs)—bacterial proteins that detect viruses—in the prokaryotic defense system and whether there were specific trigger molecules in the virus responsible for this activity. They hypothesized that the coexpression of the Avs proteins with the antiviral triggers would lead to the deletion of relevant viral genes, and ultimately the death of the virus. With this in mind, the team sequenced the virus’ genome and discovered that two genes, those that encode large terminase subunit and portal proteins, were targeted and removed by the prokaryotic Avs proteins.

The large terminase subunit and the portal protein are biological motors stationed in the head and tail regions of phages, respectively, to aid the transfer of the bacteriophage’s DNA into their host. These components are collectively referred to as hallmark proteins. The team found that when coexpressed, the Avs proteins specifically targeted and struck out the two genes, leading to the death of the bacteriophage. They then repeated the process for 24 other types of bacteriophages, finding that E. coli launched the same immune response against each.

“Defense genes are extremely versatile; they can recognise the corresponding portal and terminase protein not just from one virus but from a large panel of different viruses,” says Gao. “This suggests that they were not individual sensors but pattern recognition receptors that can recognise the same three-dimensional fold of a target protein.”

To get a full picture of the exact mechanism of immune activation, the researchers analysed the 3D structures of the Avs and phage proteins using cryo-electron imaging. Their analysis showed that the Avs protein directly detects structural features of the hallmark proteins. It also showed that their biological structures correspond with each other, revealing that the proteins come together to form tetramers within bacteria prior to activation.

“It’s becoming increasingly clear that all these systems that bacteria have to defend against viruses seem to have a lot of similarities [with] their eukaryotic counterparts,” says Jacob Bobonis, who studies bacteria and bacteriophage immune systems at The European Molecular Biology Laboratory but was not part of this study.

Bobonis says this is a “very important emerging field” as understanding how “bacteria and viruses talk to each other” can aid the design of therapeutic viruses that could target specific, pathogenic bacteria.