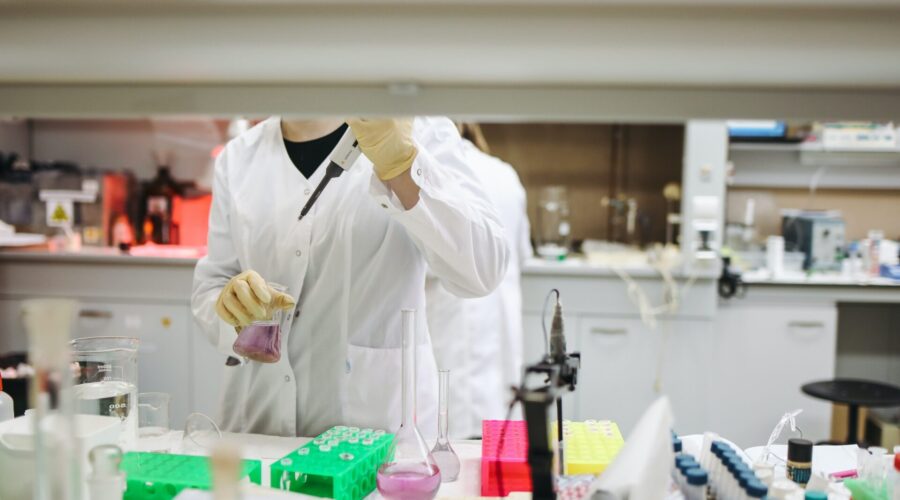 Could delivering COVID-19 vaccines via a skin patch make it easier to inoculate people in low- and middle-income countries? Australian researchers believe it might, and they’ve developed a vaccine patch that’s showing promise in preclinical studies.

Researchers at the University of Queensland developed a patch in collaboration with vaccine-technology maker Vaxxas. The patch protected mice from symptoms after they were exposed to SARS-CoV-2, the virus that causes COVID-19, they reported in Science Advances.

The vaccine produced “better and faster” immune responses in the mice when delivered via the microarray patch rather than with a needle, said David Muller, Ph.D., a senior research fellow at the university’s School of Chemistry and Molecular Biosciences, in a statement.

The vaccine that’s packed into the patch is Hexapro, which was co-developed by University of Texas researcher Jason McLellan. Hexapro uses a stabilized version of the spike protein found on the surface of SARS-CoV-2 to generate a human response. In early 2020, McLellan and his team worked on a version of the spike protein that became the basis of all currently approved COVID-19. Hexapro is as an “even more stabilized version” of the protein, UT said in a statement earlier this year.

The vaccine patch neutralized multiple variants of COVID-19 in the new study, including the U.K. and South Africa variants, with a single “click” that delivers 5,000 tiny projections into the skin, the researchers reported.

Muller hopes to raise funding to bring the patch into clinical testing “as soon as possible,” he said. But his team will face some competition, not only from the vaccines that have already been approved but also from other vaccine patch developers.

University of Pittsburgh School of Medicine researchers developed a COVID vaccine, named PittCoVacc, that is delivered via a Band-Aid-like patch using 400 tiny needles. In preclinical studies, the vaccine produced antibodies to ward off the virus within two weeks, the researchers reported in April 2020. The vaccine is “still in testing phases,” according to the university’s website.

As for Vaxxas, it has garnered some support for its vaccine-patch technology. Last October, the U.S. government’s Biomedical Advanced Research and Development Authority doled out $22 million to Vaxxas to deploy the technology towards developing an influenza vaccine for use in a pandemic.