A new era of mitochondrial genome editing has begun 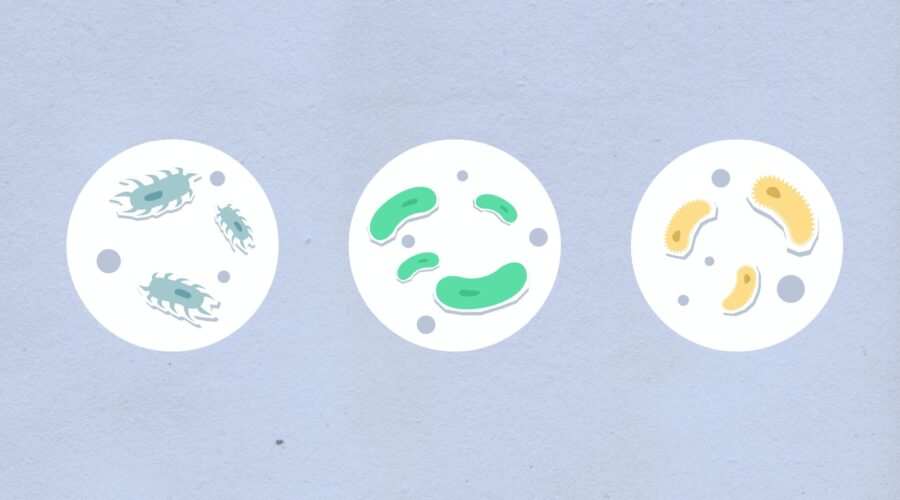 Researchers from the Center for Genome Engineering within the Institute for Basic Science developed a new gene-editing platform called transcription activator-like effector-linked deaminases, or TALED. TALEDs are base editors capable of performing A-to-G base conversion in mitochondria. This discovery was a culmination of a decades-long journey to cure human genetic diseases, and TALED can be considered to be the final missing piece of the puzzle in gene-editing technology.

From the identification of the first restriction enzyme in 1968, the invention of polymerase chain reaction (PCR) in 1985, and the demonstration of CRISPR-mediated genome editing in 2013, each new breakthrough discovery in biotechnology further improved our ability to manipulate DNA, the blueprint of life. In particular, the recent development of the CRISPR-Cas system, or “genetic scissors,” has allowed for comprehensive genome editing of living cells. This opened new possibilities for treating previously incurable genetic diseases by editing the mutations out of our genome.

While gene editing was largely successful in the nuclear genome of the cells, however, scientists have been unsuccessful in editing the mitochondria, which also have their own genome. Mitochondria, the so-called “powerhouse of the cells,” are tiny organelles in cells that serve as energy-generating factories. As it is an important organelle for energy metabolism, if the gene is mutated, it causes serious genetic diseases related to energy metabolism.

Director KIM Jin-Soo of the Center for Genome Engineering explained, “There are some extremely nasty hereditary diseases arising due to defects in mitochondrial DNA. For example, Leber hereditary optic neuropathy (LHON), which causes sudden blindness in both eyes, is caused by a simple single point mutation in mitochondrial DNA.” Another mitochondrial gene-related disease includes mitochondrial encephalomyopathy with lactic acidosis and stroke-like episodes (MELAS), which slowly destroys the patient’s brain. Some studies even suggest abnormalities in mitochondrial DNA may also be responsible for degenerative diseases such as Alzheimer’s disease and muscular dystrophy.

As such, reliable technology to edit mitochondrial DNA is one of the last frontiers of genome engineering that must be explored in order to conquer all known genetic diseases, and the world’s most elite scientists have endeavored for years to make it a reality.

In 2020, researchers led by David R. LIU of the Broad Institute of Harvard and MIT created a new base editor named DddA-derived cytosine base editors (DdCBEs) that can perform C-to-T conversion from DNA in mitochondria. This was made possible by creating a new gene-editing technology called base editing, which converts a single nucleotide base into another without breaking the DNA. However, this technique also had its limitations. Not only is it restricted to C-to-T conversion, but it is mostly limited to the TC motif, making it effectively a TC-TT converter. This means that it can correct only 9 out of 90 (= 10%) confirmed pathogenic mitochondrial point mutations. For the longest time, the A-to-G conversion of mitochondrial DNA was thought to be impossible.

First author CHO Sung-Ik said, “We began to think of ways to overcome these limitations. As a result, we were able to create a novel gene-editing platform called TALED that can achieve A-to-G conversion. Our new base editor dramatically expanded the scope of mitochondrial genome editing. This can make a big contribution not only to making a disease model but also to developing a treatment.” As of note, being able to perform A-to-G conversions in human mtDNA alone could correct 39 (= 43%) out of the 90 known pathogenic mutations.

The researchers created TALED by fusing three different components. The first component is a transcription activator-like effector (TALE), which is capable of targeting a DNA sequence. The second component is TadA8e, an adenine deaminase for facilitating A-to-G conversion. The third component, DddAtox, is a cytosine deaminase that makes the DNA more accessible to TadA8e.

One interesting aspect of TALED is TadA8e’s ability to perform A-to-G editing in mitochondria, which possess double-stranded DNA (dsDNA). This is a mysterious phenomenon, as TadA8e is a protein that is known to be specific to only single-stranded DNA. Director Kim said, “No one has thought of using TadA8e to perform base editing in mitochondria before, since it is supposed to be specific to only single-stranded DNA. It was this thinking outside of the box approach that has really helped us to invent TALED.”

The researchers theorised that DddAtox allows dsDNA to be accessible by transiently unwinding the double-strand. This fleeting but temporary time window allows TadA8e, a super fast-acting enzyme, to quickly make the necessary edits. In addition to tweaking the components of TALED, the researchers also developed a technology that is capable of both A-to-G and C-to-T base editing simultaneously, as well as A-to-G base editing only.

The group demonstrated this new technology by creating a single cell-derived clone containing desired mtDNA edits. In addition, TALEDs were found to be neither cytotoxic nor cause instability in mtDNA. Also, there was no undesirable off-target editing in nuclear DNA and very few off-target effects in mtDNA. The researchers now aim to further improve the TALEDs by increasing the editing efficiency and specificity, eventually paving the way to correct disease-causing mtDNA mutations in embryos, fetuses, newborns, or adult patients. The group is also focusing on developing TALEDs suitable for A-to-G base editing in chloroplast DNA, which encodes essential genes in photosynthesis in plants.