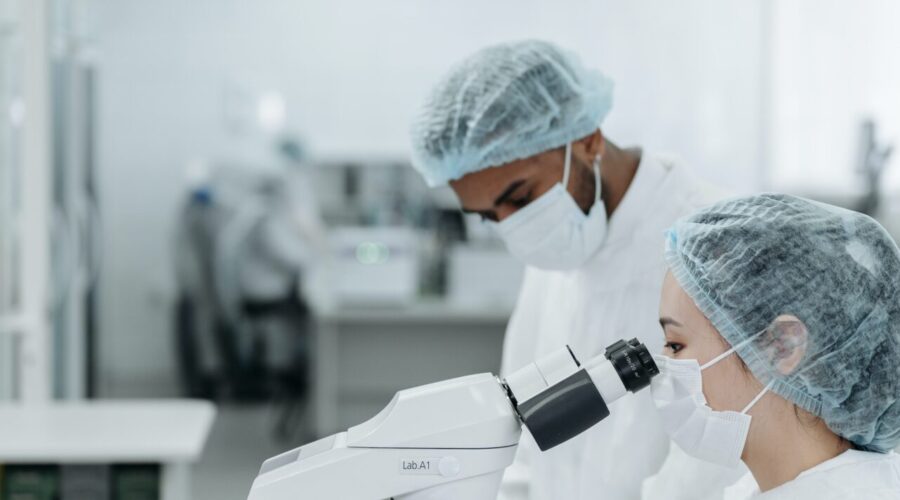 By now you’ve heard of Crispr gene editing — the molecular scissors that allow scientists to make targeted changes to an organism’s DNA.

Crispr has shown promise as a treatment for sickle cell disease, a related blood disorder called beta-thalassemia, a rare form of blindness, and a devastating disease known as transthyretin amyloidosis in which a misshapen protein builds up in the body. In each of these cases, scientists are using Crispr to snip out problematic DNA in order to treat disease. But there are some instances in which it might be better to leave a gene intact and fine-tune it instead. Enter epigenetic editing.

Epigenetics is the study of the chemical changes that happen to DNA throughout a lifetime, which in turn affect the expression of genes. These changes can occur as a result of a person’s behaviour (such as through diet or smoking) or environmental exposures (such as toxins or ultraviolet rays). Epigenetics is a kind of molecular memory that reflects the experiences that we’ve encountered over many years. It’s the reason why, among identical twins who share the same DNA code, one may develop cancer while the other remains healthy.

While gene editing relies on changing the DNA code itself, epigenetic editing involves dialling the expression of individual genes up or down. Genes contain instructions to make vital proteins, and their expression is the process by which a gene gets switched “on” to make them. If you think of your genes as volume knobs on a soundboard, epigenetic editing controls how “loud” or “soft” their settings are.

Experimenting with those volume controls is a new field, but a study published in May in the journal Science Advances offers an intriguing peek at one possible application: countering the way early alcohol use modifies how genes work. In previous research, scientists had found that binge drinking during adolescence alters brain chemistry in the amygdala—the small, almond-shaped part of the brain that controls fear and pleasure responses. In both rodents and in people, they found that exposure to alcohol early in life seems to decrease the expression of a gene called Arc. This gene is a major regulator of plasticity, or the brain’s ability to adapt based on experience. When Arc’s expression is turned down, the change is associated with a predisposition to anxiety and alcohol use disorder in adulthood.

For the new study, a team led by Subhash Pandey, a psychiatry professor and director of the Center for Alcohol Research in Epigenetics at the University of Illinois Chicago, wanted to see if they could reverse this change—in rats—by epigenetically editing Arc in their amygdalas. They built a modified form of Crispr that, instead of editing or deleting the gene, turns up its expression. They then injected it into the brains of adult rats that had been exposed to alcohol during their adolescence—the equivalent of ages 10 to 18 for a human. That early exposure meant Arc’s expression was already depressed in the adult animals. “We targeted the central nucleus of the amygdala, because this is a critical hub for processing the information coming to the brain and is also a center for anxiety, fear, and drinking behaviour,” says Pandey.

The Crispr injection brought Arc expression back up to baseline levels, what Pandey refers to as a “factory reset” for the brain. Afterward, these rodents consumed less alcohol and were less anxious—something the researchers measured through behavioural testing, including how the rats behaved in what’s known as an “elevated plus maze.” The cross-shaped maze consists of two arms that are exposed to the open air and two arms that are enclosed. The more stressed the rodents are, the less time they like to spend in the open-air parts of the maze.

The study raises the possibility that our molecular memory could be revised—or even erased. “I’m struck deeply by this work showcasing the feasibility of changing a gene’s memory of its experience,” says Fyodor Urnov, a professor of genetics at the UC Berkeley and scientific director at the Innovative Genomics Institute of UC Berkeley and UC San Francisco. But, he continues, rats aren’t humans, and we shouldn’t leap to conclusions. “The distance between curing a rat and injecting a human being with addiction to alcohol with an epigenetic editor is a formidable one,” says Urnov. “I think that we are quite a ways away from somebody who has developed a mild drinking problem becoming eligible for a quick injection into their amygdala.”

That said, Urnov, who is also the cofounder of Tune Therapeutics, an epigenetic editing company, could see an experimental therapy like this being tested among people with alcohol addiction who have relapsed from treatment several times and have no other therapeutic options left.

Yet, as with directly editing genes, there could be unintended consequences of tweaking their expression. Because Arc is a regulator gene involved in brain plasticity, modifying its expression could have effects beyond alcohol addiction. “We don’t know what other behaviours are altered by this change,” says Betsy Ferguson, a professor of genetics at Oregon Health and Science University who studies epigenetic mechanisms in addiction and other psychiatric disorders. “It’s a balance between finding something that’s effective and something that’s not disruptive to everyday life.”

Another complicating factor is that the expression of dozens, perhaps hundreds, of genes are altered by alcohol use over time. In people, it may not be as simple as turning up the expression of Arc, which is only one of them. While it may seem like the solution would be to tweak all of those genes, manipulating the expression of many at once could cause problems. “Knowing that behaviours, including alcohol use behaviours, are regulated by a number of genes, it’s really a challenging problem to solve,” Ferguson says.

And it’s not clear how long the effects of such editing might last. Epigenetic changes that occur naturally can be temporary or permanent, says Ferguson. Some can even be passed onto future generations. Overall, she finds the idea of using epigenetic editing to treat alcohol addiction fascinating, but she’d want to see the results replicated and the Crispr treatment tried in larger animals that more closely mimic humans.

That day may not be too far off, as a handful of companies have recently launched to commercialise epigenetic editing. At Navega Therapeutics, which is based in San Diego, researchers are studying how to treat chronic pain by turning down the expression of a gene called SCN9A. When it’s highly expressed, it sends out lots of pain signals. But it would be a bad idea to simply delete this gene, because some amount of pain is useful; it signals when something is going wrong within the body. (In rare cases, people with an SCN9A mutation that effectively renders it inactive are immune to pain, which makes them vulnerable to injuries they aren’t able to sense.) In experiments at Navega, epigenetic editing in mice seemed to repress pain for several months.

Urnov’s Tune Therapeutics, meanwhile, plans to use epigenetic editing for a broad range of conditions, including cancer and genetic diseases. Though Urnov doesn’t see epigenetic editing as the antidote to binge drinking, he thinks this proof-of-concept study shows that it may be possible to rewire our genes’ experiences to reverse some of the damage of early alcohol abuse. “It is empowering, frankly, to consider the fact that we now have genome editing to fight a drug’s pernicious action right at the venue where the drug inscribes its memories onto the brain,” he says.