A new tool to ‘color’ specific genes and cells 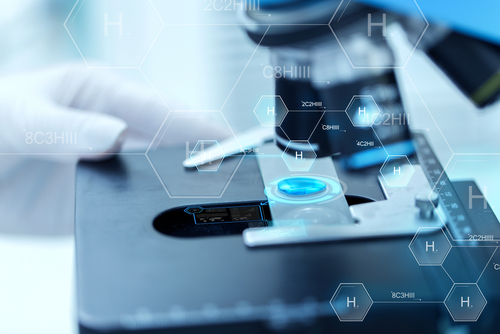 Researchers from the group of Hans Clevers at the Hubrecht Institute have developed a new genetic tool to label specific genes in human organoids, or mini organs. They used this new method, called CRISPR-HOT, to investigate how hepatocytes divide and how abnormal cells with too much DNA appear. By disabling the cancer gene TP53, they showed that unstructured divisions of abnormal hepatocytes were more frequent, which may contribute to cancer development. Their results were described and published in the scientific journal Nature Cell Biology.

Organoids are mini organs that can be grown in the lab. These mini-organs grow from a very small piece of tissue, and this is possible for various organs. The ability to genetically altering these organoids would help a great deal in studying biological processes and modelling diseases. So far however, the generation of genetically altered human organoids has been proven difficult due to the lack of easy genome engineering methods.

A few years ago, researchers discovered that CRISPR/Cas9, which acts like tiny molecular scissors, can precisely cut at a specific place in the DNA. This new technology greatly helped and simplified genetic engineering. “The little wound in the DNA can activate two different mechanisms of repair in the cells, that can both be used by researchers to coerce the cells to take up a new part of DNA, at the place of the wound” says Delilah Hendriks (Hubrecht Institute). One of these methods, called non-homologous end joining, was thought to make frequent mistakes and therefore until now not often used to insert new pieces of DNA. “Since some earlier work in mice indicated that new pieces of DNA can be inserted via non-homologous end joining, we set out to test this in human organoids” says Benedetta Artegiani (Hubrecht Institute). Artegiani and Hendriks then discovered that inserting whatever piece of DNA into human organoids through non-homologous end joining is actually more efficient and robust than the other method that has been used until now. They named their new method CRISPR-HOT.

The researchers then used CRISPR-HOT to insert fluorescent labels into the DNA of human organoids, in such a way that these fluorescent labels were attached to specific genes they wanted to study. First, the researchers marked specific types of cells that are very rare in the intestine: the enteroendocrine cells. These cells produce hormones to regulate for example glucose levels, food intake, and stomach emptying. Because these cells are so rare, they are difficult to study. However, with CRISPR-HOT, the researchers easily “painted” these cells in different colors, after which they easily identified and analyzed them. Second, the researchers painted organoids derived from a specific cell type in the liver, the biliary ductal cells. Using CRISPR-HOT they visualized keratins, proteins involved in the skeleton of cells. Now that they could look at these keratins in detail and at high resolution, the researchers uncovered their organization in an ultra-structural way. These keratins also change expression when cells specialize, or differentiate. Therefore, the researchers anticipate that CRISPR-HOT may be useful to study cell fate and differentiation.idd

Abnormal cell division in the liver

Within the liver, there are many hepatocytes that contain two (or even more) times the DNA of a normal cell. It is unclear how these cells are formed and whether they are able to divide because of this abnormal quantity of DNA. Older adults contain more of these abnormal hepatocytes, but it is unclear if they are related to diseases such as cancer. Artegiani and Hendriks used CRISPR-HOT to label specific components of the cell division machinery in hepatocyte organoids and studied the process of cell division. Artegiani: “We saw that “normal” hepatocytes divide very orderly, always splitting into two daughter cells in a certain direction.” Hendriks: “We also found several divisions in which an abnormal hepatocyte was formed. For the first time we saw how a “normal” hepatocyte turns into an abnormal one.” In addition to this, the researchers studied the effects of a mutation often found in liver cancer, in the gene TP53, on abnormal cell division in hepatocytes. Without TP53 these abnormal hepatocytes were dividing much more often. This may be one of the ways that TP53 contributes to cancer development.

The researchers believe that CRISPR-HOT can be applied to many types of human organoids, to visualize any gene or cell type, and to study many developmental and disease related questions.

Published by Sciendaily.com on March 2, 2020
Image from Shutterstock