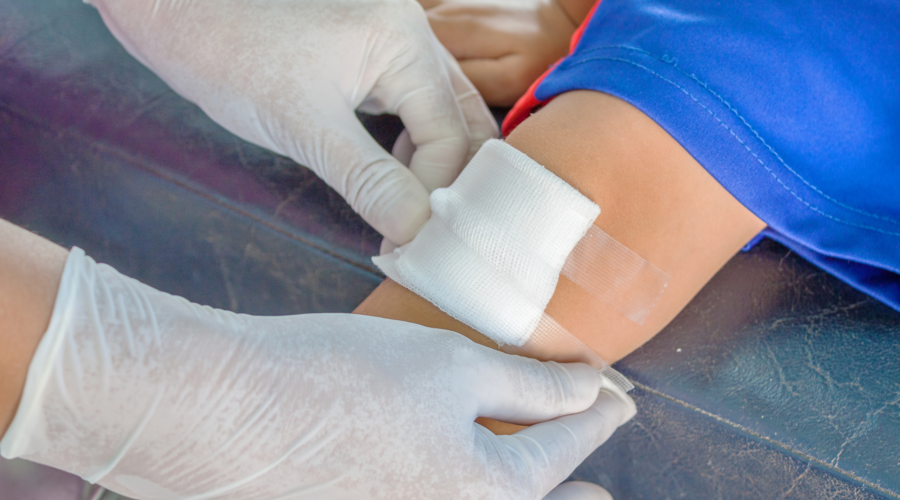 A new antimicrobial drug derived from the sap of an Australian tree has shown promise for treating chronic wounds in animal tests.

They are mainly treated by keeping the wound clean and using antibiotics to kill any bacterial infections. But doctors increasingly want to reduce the use of antibiotics to minimise the evolution of antibiotic-resistant bacteria.

Thomas and his colleagues looked at a range of compounds and identified a molecule called EBC-1013 as a promising candidate. They tested a gel containing EBC-1013 in two animals: dairy calves and mice used to model diabetes, with chronic wounds. All dairy calves have their horns taken off, so the researchers applied the treatment to this wound.

The researchers think the drug works in two primary ways: by targeting bacterial communities in the wound and inducing skin healing.

Bacteria in wounds form a sticky mesh called a biofilm. These aggregations are resistant to antibiotics, making chronic wounds difficult to treat. The new treatment disrupts the structure of the biofilm, and was also found to induce the production of inflammatory cells and proteins.

The drug could be used by itself or in conjunction with antibiotics, at a lower dose than they are currently used, says Thomas, who is planning to test it in clinical trials.

Experimental drugs for chronic wounds often fail in human trials because many people affected are older and have other confounding health issues.

“It is exciting to find a single active compound that appears to both disrupt wound biofilms and directly promote wound healing, while potentially by-passing antimicrobial resistance,” says Matthew Hardman at the University of Hull, UK. “The next challenge will be to show that these preclinical findings translate into the clinic, and that they can be developed into a safe and cost-effective treatment for chronic, non-healing wounds.”

Are you interested in The Life Science industry? Or are you currently looking or a job in a Biotechnology organisation? Then let experts at QTC Recruitment take the hard work from your hands by finding you the best match via here!