Anxiety in Humans Is Related to Gut Microbe Metabolite 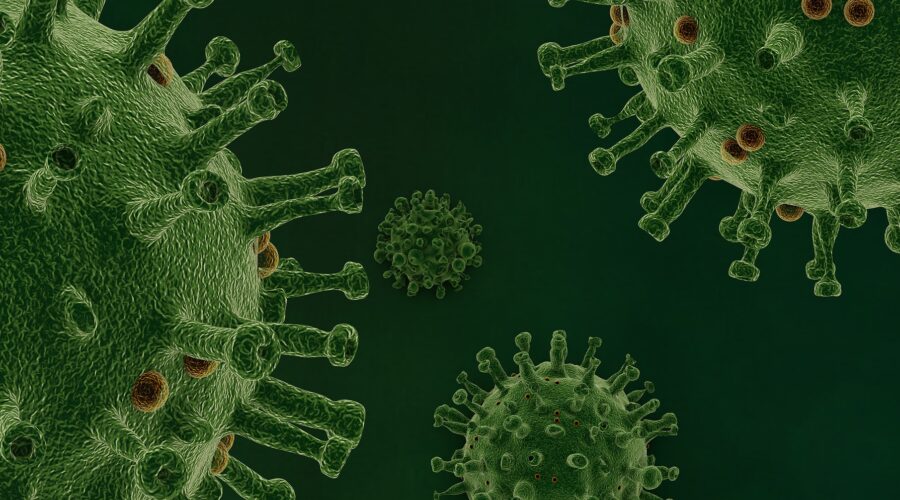 In a study on mice, scientists at Caltech have identified genes in the gut microbiome that facilitate conversion of tyrosine, an amino acid found in diet, to a metabolite (4-ethylphenyl sulfate, 4EPS) that crosses the blood-brain barrier and decreases the maturation of myelin-forming oligodendrocytes in the brain, resulting in anxiety-like behavioral responses in rodents. In rescue experiments on mice, the authors also show, a drug that promotes myelin formation by oligodendrocytes prevents anxiety-like behaviors induced by 4EPS.

“It’s an exciting proof-of-concept finding that a specific microbial metabolite alters the activity of brain cells and complex behaviors in mice, but how this is happening remains unknown,” said Sarkis Mazmanian, PhD, Professor of Microbiology and affiliated faculty member with the Tianqiao and Chrissy Chen Institute for Neuroscience at Caltech and senior author of the study.

“The basic framework for brain function includes integration of sensory and molecular cues from the periphery and even the environment. What we show here is similar in principle but with the discovery that the neuroactive molecule is of microbial origin. I believe this work has implications for human anxiety or other mood conditions,” Mazmanian adds.

In a small, single-cohort pilot study reported simultaneously in a Nature Medicine article titled, “Safety and target engagement of an oral small-molecule sequestrant in adolescents with autism spectrum disorder: an open-label phase 1b/2a trial“(trial registration no. ACTRN12618001956291), Mazmanian’s team tested an oral drug (AB-2004) that adsorbs 4EPS in the gut in 30 adolescents with autism. In addition to reducing 4EPS levels in blood and urine, and improving gut health, a subset of the tested participants showed reduced irritability and anxiety.

Recent work on animal models from multiple research groups has established the pivotal role of the microbiome in regulating immunity, metabolism, the gut-brain axis, and behavioral responses. Human studies have also uncovered intriguing links between neurodevelopmental as well as neurodegenerative disorders, and changes in the gut microbiota, no doubt boosting the probiotic industry. Although broadly believed to involve neural and hormonal signals, clear mechanisms that directly link the gut microbiome to behavior remained unknown.

“It’s been really difficult to show causation between something that’s happening in the gut and the brain, rather than just associations between the disease states and the presence or absence of certain microbes,” says Brittany Needham, PhD, postdoctoral scientist in Mazmanian’s lab and first author of the paper. “We were interested in trying to understand the molecular messages that are going between the gut and the brain, and how these signals may lead to changes in behavior.”

In earlier work, Mazmanian’s team had shown increased levels of 4EPS in a mouse model of autism and schizophrenia that reflected an analogous increase in children with autism.

The current paper focuses on effects of 4EPS on anxiety that can be measured in mouse models by their reduced inclination in exploring unfamiliar spaces. The study compares mice with microbiota engineered to synthesize 4EPS and mice without this ability.

The authors also found, in the presence of 4EPS, oligodendrocytes do not mature adequately, and produce less myelin, leading to thinner insulating covers around axons. Treating 4EPS mice with a drug (clemastine fumarate) that increases oligodendrocyte maturation resulted in increased production of myelin in the mice and decreased anxiety.

In future studies, Mazmanian’s team is examining the molecular targets of 4EPS in oligodendrocytes and exploring the route through which the metabolite impacts the brain. In addition, the team is following up the safety and tolerability data in the pilot human study with a well-powered, placebo-controlled clinical trial.