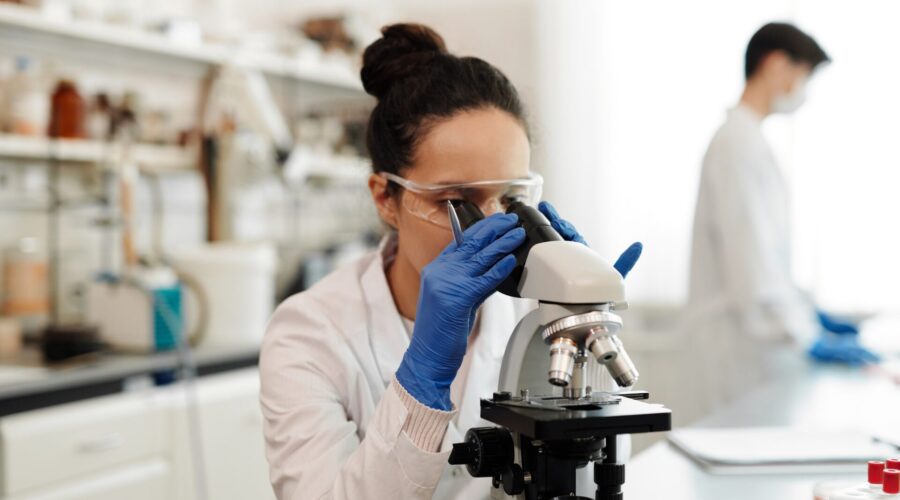 Recent clinical holds of several studies and an FDA advisory committee meeting has put the safety of gene therapy under the spotlight. To increase the efficacy of gene therapy and reduce the risk of side effects like liver toxicity, scientists at the Broad Institute of MIT and Harvard and Harvard University have developed a new group of adeno-associated viruses (AAVs) as delivery vehicles.

The vectors, dubbed MyoAAV, were more efficient at targeting muscle tissue with lower accumulation in the liver when compared to traditional vectors currently used in clinical trials, according to a new study published in Cell.

The top variants from the MyoAAV family showed strong delivery of therapeutic genes across human cells in test tubes, mice and monkeys. Thanks to improved efficiency, the vectors could help gene therapy achieve efficacy in genetic muscle diseases at about 100 to 250 times lower doses than traditional viral vectors can, potentially reducing the risk of liver damage and other serious side effects, the researchers suggested.

AAV vectors are made from the outer protein shells of AAVs, called capsids. To make the MyoAAVs, the Broad team developed a platform called DELIVER. The system allows investigators to screen millions of capsid variants in different animal models and select those that can effectively transfer genetic material to host cells of interest, Sharif Tabebordbar, Ph.D., the study’s lead author, explained in an email interview with Fierce Biotech Research.

Tabebordbar and colleagues started with AAV9, a commonly used gene therapy vector, and added snippets of amino acids to the naturally occurring capsids. They injected the capsids into mice and monkeys and sequenced the animals’ muscle tissue to identify capsids that had successfully transduced the gene.

A group of top capsid variants that were highly expressed in muscles shared a unique surface structure. The team picked one, MyoAAV 1A, for further testing.

In mice, injections of MyoAAV 1A resulted in transgene expression of a fluorescent protein that was 10 to 29 times higher in skeletal muscles than it was in mice that got AAV9, the team reported. What’s more, a lower amount of MyoAAV 1A landed in the liver than was the case with AAV9, and expression of the transgene was lower in the liver of the MyoAAV 1A-injected animals compared to AAV9 recipients, Tabebordbar noted.

In a mouse model of Duchenne muscular dystrophy, MyoAAV 1A carrying a CRISPR-Cas9 gene-editing restored the desired dystrophin protein in muscle tissue at a greater level than what was possible with the traditional AAV9 approach, the researchers found. The mice treated with the novel vector showed higher levels of strength, as well.

The team also tested MyoAAV 1A in a mouse model of X-linked myotubular myopathy (XLMTM), a rare neuromuscular disorder that causes muscle weakness. In mice that lacked the Mtm1 gene, all of the animals that got AAV9 encoding the human version of the gene had to be euthanized between 11 weeks to 21 weeks because of a lack of efficacy. By contrast, all of the mice injected with the same dose of MyoAAV 1A-based gene therapy survived and showed similar activity levels as normal mice did, the researchers reported.

Notably, the dose used for the study was significantly lower than doses used in previously published animal studies of  XLMTM gene therapy. It was also 100 times lower than the dose Astellas is using in its clinical trial of AAV8-based AT132, an XLMTM gene therapy the Japanese pharma got from its $3 billion acquisition of Audentes Therapeutics, the researchers noted.

The FDA placed a clinical hold in mid-2020 on AT132’s trial after three patients who had received a now-discontinued high dose of the gene therapy died of liver failure. Astellas paused the study again last week after a patient on the low dose of the therapy showed abnormal liver function.

In 2018, scientists at the University of Pennsylvania Perelman School of Medicine warned that a high-dose AAV delivery of a functional SMN gene designed to treat spinal muscular atrophy led to serious adverse events in animals, including the death of a monkey after acute liver failure and shock.

“Liver toxicity after AAV-mediated muscle gene therapy is dose-dependent and it has been observed in clinical trials [at doses] currently required for achieving therapeutic efficacy with naturally-occurring capsids,” Tabebordbar noted.

Liver toxicity, one of the most common side effects linked to gene therapies, was a key topic of a two-day FDA advisory committee meeting last week focused on gene therapy safety. During the conference, experts in the field suggested researchers should conduct more robust screening for preexisting liver conditions in patients. While the advisors stopped short of placing an upper limit on the gene therapy doses, the liver problems appeared to get worse as the dose increases, they noted.

That’s where the Broad team believes MyoAAV could help. “MyoAAV class of capsids provide equivalent therapeutic efficacy at dramatically lower doses, and on top of that are detargeted from the liver compared to wild type capsids,” Tabebordbar said. “These two characteristics give the MyoAAV family of capsids an advantage to overcome liver toxicity issues.”

After further analyzing the mechanism of MyoAAV 1A, the researchers found that its transduction is dependent on cell surface structures known as integrins. With that knowledge, the team further modified amino acids on MyoAAV 1A and used DELIVER to screen second-generation variants.

This process gave rise to a second generation, MyoAAV 2A. Compared with an AAV9-based gene therapy, a low dose of gene therapy with MyoAAV 2A led to greater and more widespread expression of microdystrophin in multiple muscle groups in a mouse model of DMD, the researchers reported. MyoAAV 2A delivered 12 to 46 times higher numbers of AAV genomes per nucleus in different mouse muscle tissues but 2.5 times lower levels in the liver compared with AAV9.

The scientists also developed several MyoAAV variants for monkeys, which they said outperformed the variants identified in mice.

Now the Broad team is looking for industry partners to move the MyoAAV class of capsids toward the clinic, Tabebordbar said.

“These vectors have the potential to advance muscle-directed therapeutic gene delivery for a large number of musculoskeletal disorders,” the researchers wrote in the study. More broadly, DELIVER could help evolve capsid variants for targeting any cell type of interest by selecting variants that express their transgene in the desired tissue or cell type, Tabebordbar added.

“We anticipate that adoption of DELIVER to additional tissue and organ systems will have a far-reaching impact in accelerating the development and translation of gene therapy and other genomic medicine approaches for a variety of human diseases,” the researchers wrote.