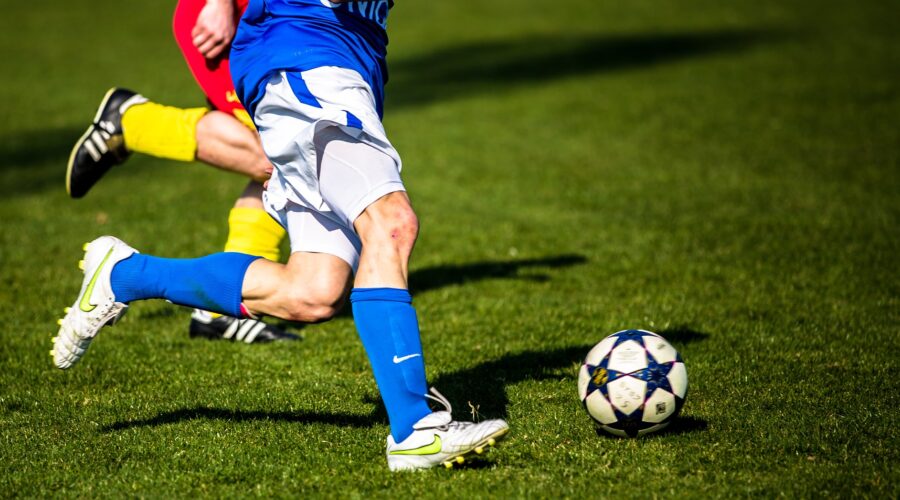 The results of what is claimed to be a first-of-its-kind study in professional soccer players indicate that repetitive headers and accidental head impacts lead to changes in blood patterns that are linked with specific brain signaling pathways. The international research team, headed by scientists at the Oslo Sports Trauma Research Center, Norwegian School of Sport Sciences, identified microRNAs (miRNAs) that were specific to accidental head impact and repetitive headers in soccer, and which could potentially be useful as biomarkers of brain injury.

Research lead Stian Bahr Sandmo, PhD, stated, “This is a relatively small sample-size exploratory study, but, future findings expanding upon our research could ultimately lead to an improved understanding of the potential hazardous effects of repetitive head impacts. With millions of people playing soccer worldwide this might ultimately have a substantial influence on public health.”

The investigators presented their results in a report in Brain Injury titled, “Changes in circulating microRNAs following head impacts in soccer.” In their paper they stated, “To our knowledge, this is the first study to explore the effects of different head-impact exposures in soccer on circulating miRNAs … We identified microRNAs specific to accidental head impacts and repetitive headers in soccer, potentially being useful as brain injury biomarkers.”

Soccer involves voluntary heading of the ball as well as the risk for accidental head impacts, which exposes players to repetitive head impacts over time. However, the authors noted, “The extent to which such exposure affects brain health, short or long term, is poorly understood. With millions of people playing soccer worldwide, an improved understanding of the potential effects of repetitive head impacts might ultimately have substantial influence on public health.”

One key obstacle when evaluating potential brain injury from head impacts is the absence of objective diagnostic and prognostic biomarkers, the team continued. Blood-based biomarkers have shown potential use for detecting mild traumatic brain injury (mTBI), but the use of such circulating biomarkers is complicated by factors such as when the sample is taken, poor specificity, and the ability of such biomarkers to cross the blood-brain barrier.

In contrast, researchers have previously suggested that several miRNAs in the blood might be altered in response to mTBI, and could feasibly help to identify the severity of brain injury as well as provide prognostic information. miRNAs are short-noncoding RNA molecules that regulate gene expression, and which are involved in a wide range of physiological and pathological processes. In fact, the researchers pointed out, miRNAs have characteristics that could make them good candidates for assessment of head injuries. They are abundantly expressed in the brain, they can cross the blood-brain barrier and so could be released into the blood as a result of injury to cells, they can be up- or downregulated as a result of cells’ adaptive processes, and they are relatively stable when present in stored fluids, for example, blood. In addition, bioinformatics techniques can be used to characterize the roles of specific miRNAs in processes such as neuroinflammation or neurodegeneration.

However, the team noted, “Although previous studies have identified candidate miRNAs as biomarkers for mTBI, including in sport-specific settings, the effects of soccer-related head impacts on miRNAs are still largely unexplored.”

For their newly reported research, the team of multidisciplinary researchers wanted to uncover whether head impacts in soccer might change the levels of microRNAs, and so reflect short-term effects in the brain. The aim was to compare the effects of these different types of impact with those of other high-intensity exercise. “Thus, the main aim of this exploratory study was to evaluate the effects of accidental head impacts (concussive and non-concussive) and repetitive headers in soccer on circulating miRNA levels, while accounting for the effects of high-intensity exercise alone,” they wrote. The results might then feasibly either add or detract to the growing evidence for microRNAs to be used as biomarkers for brain injury.

Blood samples were collected from 89 professional soccer players at rest. The players were aged 18–35 years and were actively playing in the Eliteserien (the Norwegian premier league). Repeat samples were drawn after one hour, and again at 12 hours, in three different settings. Firstly, after accidental head impacts in a match, defined as any situation where a player appeared to be hit in the head, face, or neck, the match was interrupted by the referee and the player remained lying on the ground for more than 15 seconds. Secondly, following repetitive headers during training. “During matches, male professional players have been reported to head the ball 3 to 4 times per player hour on average,” the scientist pointed out. “Therefore, to evaluate such exposure, we designed a training session including multiple heading drills with impact characteristics typical in soccer.” The team also analyzed miRNA changes in the blood after high-intensity exercise without heading or accidental head impact. This allowed the them to assess the effects of rigorous physical activity alone so they could isolate microRNAs specific to the brain injury and not just those affected by exercise.

The microRNAs highlighted by their data were then validated to identify consistently deregulated microRNAs. The researchers also used bioinformatics to identify genes targeted by the microRNAs to characterize their roles in biological processes and signaling pathways.

When considering accidental head injuries specifically, the study identified eight deregulated microRNAs that were unaffected by high-intensity exercise. The target genes were linked to 12 signaling pathways, including the Wnt pathway, and Hedgehog signaling, which has been found in animal studies to reduce nerve cell death and damage after TBI. “Wnt signaling has been implicated in promoting neuronal regeneration following TBI,” the investigators noted. “Hedgehog signaling has been found to inhibit neuronal apoptosis and to reduce damage to tight junctions after TBI in animal studies. Although such data are derived from animal models, this may imply the existence of similar mechanisms in response to TBI in humans.”

Interestingly, the results highlighted alterations in microRNAs that were specific to each scenario. Repetitive headers were found to alter the levels of six microRNAs, and there was a key association with TGF-β signaling. “Repetitive headers led to deregulation of six microRNAs that were unaffected by high-intensity exercise; target genes were linked to one specific signaling pathway (TGF-β),” the authors stated. “All of these miRNAs were increased acutely (1 h) while returning to baseline after 12 h.” Previous research has reported elevated TGF-β levels in the fluid surrounding the brain after TBI, suggesting it might play a role in anti-inflammatory and neuroprotective signalling. In contrast, high-intensity exercise led to the deregulation of miRNAs; their target genes were linked to 31 specific signaling pathways.

“The absence of overlapping findings between repetitive headers and accidental head impacts in our study is intriguing,” the investigators added. “Our findings might reflect that different types of head-impact exposures exert differential effects on the brain. Theoretically, variations in impact magnitudes as well as frequencies may lead to different combinations of structural tissue damage and/or adaptive responses.”

The results also accounted for several shared pathways among the different conditions, the investigators reported. “Not surprisingly, high-intensity exercise and accidental head impacts shared the highest number of pathways. These head impacts occurred during matches, which would typically also involve high exercise intensity shortly before the incident.”

Limitations of the research included the relatively small sample size and the use of direct observation and video analysis to evaluate head-impact exposure so it wasn’t possible to quantify the biomechanical magnitudes of the impacts in the different conditions.

Nevertheless, the team stated, “Overall the findings do add further evidence to demonstrate how microRNAs may be used as brain injury biomarkers. These have the potential to differentiate injury severity and to discriminate between types of head impacts seen in soccer, if reproduced in further studies.”

And while previous studies have suggested an association between repetitive head impacts and potential signs of neuroinflammation, they stated, “Ultimately, it is unknown how our findings might translate to specific changes in brain structure, function, and metabolism. A possible interpretation could be that repetitive headers have the potential to trigger neuroinflammatory responses in the neuronal tissue. Exploring the association between TFG-β, fluid biomarkers, and clinical outcomes could be the subject for future studies.”