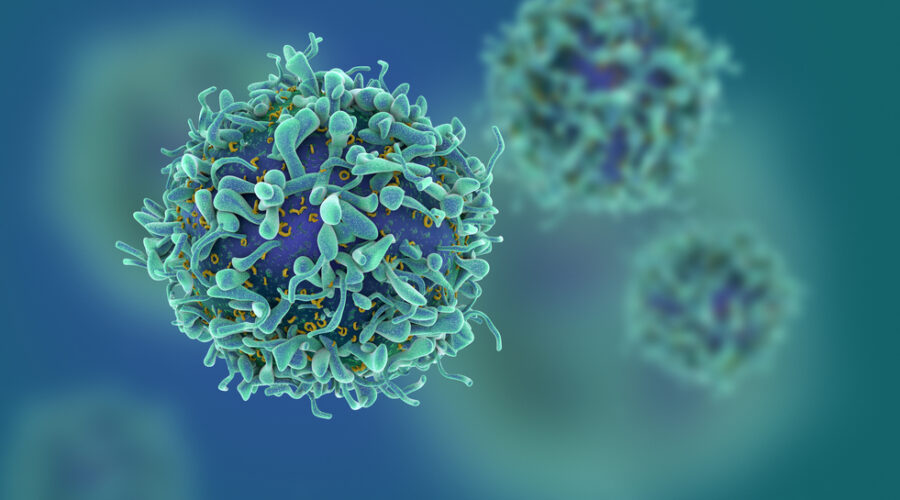 Chemotherapy works by stopping or slowing the growth of cancer cells, which grow and divide quickly. Unlike radiation or surgery, which target specific areas, chemotherapy can work throughout the body. However, there are some tumor cells that somehow evade being affected by chemotherapy. Now, researchers at the Spanish National Cancer Research Center (CNIO) report they have discovered how tumor cells manage to repair and survive the damage of chemotherapy, and plan to use the knowledge against them to boost cancer treatments.

Their study, “PrimPol-mediated repriming facilitates replication traverse of DNA interstrand crosslinks,” is published in The EMBO Journal and led by Juan Méndez, PhD, and the CNIO’s DNA Replication Group.

The researchers discovered that the protein called PrimPol is the key to helping these tumor cells evade chemotherapy.

“DNA interstrand crosslinks (ICLs) induced by endogenous aldehydes or chemotherapeutic agents interfere with essential processes such as replication and transcription,” wrote the researchers. “ICL recognition and repair by the Fanconi anemia pathway require the formation of an X-shaped DNA structure that may arise from convergence of two replication forks at the crosslink or traversing of the lesion by a single replication fork. Here, we report that ICL traverse strictly requires DNA repriming events downstream of the lesion, which are carried out by PrimPol, the second primase-polymerase identified in mammalian cells after Polα/Primase.”

ICL lesions can appear as a consequence of certain toxins, such as chemotherapeutic drugs. ICLs are highly toxic DNA lesions that prevent transcription and replication by inhibiting DNA strand separation. The researchers focused on the PrimPol’s function when the error is an ICL lesion.

As Méndez explained, “The ICL is a chemical bond between the two strands, a kind of staple that prevents them from separating. If the cell tries to divide, the chromosomes end up breaking.”

PrimPol belongs to a family of proteins called “primases.” In 2013, Méndez and Luis Blanco, from the Centro de Biología Molecular Severo Ochoa (CSIC), discovered the importance of PrimPol—it allows the cellular machinery to use the instructions written in the DNA even when it contains an error.

DNA-copying proteins are usually blocked when they detect defects in the double helix. However, PrimPol enables the reading of the DNA to continue after the error. “PrimPol,” explained Méndez “offers ‘an immediate solution’ to bypass the blockage, giving the cell a chance to repair the error in the DNA at a later time.”

Their findings suggest that if PrimPol were absent, the tumor cell may be more sensitive to chemotherapy. “These results open the possibility of targeting PrimPol activity to enhance the efficacy of chemotherapy based on DNA crosslinking agents,” wrote the researchers.

“If we can repress PrimPol function in these cells, we could improve the efficiency of chemotherapy,” Méndez pointed out.

“Patients with Fanconi anemia have very few therapeutic options, but very promising results are beginning to be obtained with gene therapy,” said Méndez. “Any advances that lead to a better understanding of the ICL repair pathways may prove useful in the near future.”

Is your organisation looking to add researchers to your teams who can uncover other important keys to therapies and treatments? Click here!