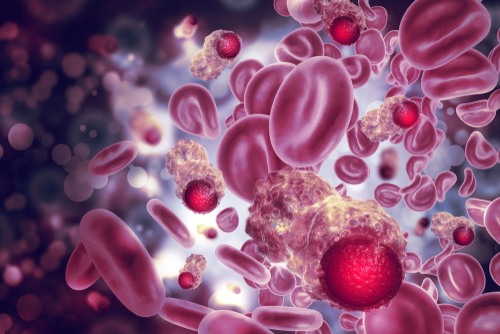 MDSCs—a subpopulation of myeloid cells that promote tumorigenesis by inhibiting antitumor immunity—may figure larger in cancer immunotherapy development now that researchers have shown that targeting c-Rel not only prevents the development of MDSCs but also shrinks tumors in cultured human cells and animal models. The new findings, which were uncovered by scientists from the Perelman School of Medicine at the University of Pennsylvania and other institutions, point to a previously unknown pathway of cancer’s assault on the body. Cunning tumor cells, the scientists found, hijack c-Rel to produce MDSCs that keep the immune system from attacking the cancer.

Details appeared in Nature Cancer, in an article titled, “c-Rel is a myeloid checkpoint for cancer immunotherapy.” In c-Rel-deficient mice, the article showed, tumor size and weight were reduced by up to 80%. The article also indicated that administering the c-Rel inhibitor drug in another set of mice shrank tumors by up to 70%, compared to controls.

These results prompted the scientists to propose a model of antitumor immune regulation: “During tumorigenesis, tumor-secreted molecules such as GM-CSF activate c-Rel through phosphatidylinositol 3-kinase (PI3K) and the inhibitor of IκB kinase (IKK) in myeloid precursor cells; inflammatory cytokines such as IL-6 activate STAT3 and C/EBPβ. The activated transcription factors enter the nucleus and bind to the promoters or enhancers of the MDSC signature genes to form specific enhanceosomes (transcriptional complexes) that initiate MDSC differentiation. The resultant MDSCs inhibit antitumor immunity such as CD8+ T-cell responses and promote tumor progression.”

The scientists, led by senior author Youhai H. Chen, MD, PhD, a professor of pathology and laboratory medicine in the Perelman School of Medicine, showed that c-Rel specified the generation of myeloid-derived suppressor cells by selectively turning on protumoral genes while switching off antitumoral genes through a c-Rel enhanceosome.

“c-Rel is generally considered to be a promotor of immune responses, not a suppressor,” noted Chen. “That’s why this discovery is surprising and unexpected. There are two big takeaways: conceptually, this is a new pathway of cancer development that wasn’t known before. And we have shown that a new drug inhibitor targeting this pathway works as well, if not better, than the first generation of checkpoint blockers.” The scientists also showed that combination therapy that blocked both c-Rel and the lymphoid checkpoint protein programmed cell death protein 1 was more effective in treating cancer than blocking either alone.

The discovery of c-Rel’s role in cancer was serendipitous. Scientists in Chen’s lab were studying c-Rel’s role in inflammation and autoimmune diseases when they observed a relationship with MDSCs. Already equipped with a c-Rel mouse model, the scientists decided to follow the thread and investigate whether c-Rel played a role in cancer growth, too, given the known function of MDSCs. The results, said Chen, whose lab has been studying c-Rel for nearly two decades, were striking. For example, data reported in the current study indicate that c-Rel is a primary transcription factor that specifies MDSC development and a prime drug target for treating cancer.

“Because c-Rel deficiency alone is sufficient to markedly block MDSC signature gene expression despite the presence of other transcription factors, we propose that c-Rel regulates MDSC gene expression through nonmodular enhanceosomes, not by modular complexes,” the article noted. “This enhanceosome theory explains how MDSC development can be specified by GM-CSF and IL-6, or transcription factors such as c-Rel, C/EBPβ, STAT3, and NFAT6, which are not MDSC-specific.

Beyond significant shrinkage of tumors in mice, in another experiment, the researchers deleted the REL gene, which blocked tumor growth and reduced MDSCs in mice, suggesting c-Rel is required to generate MDSCs. Follow-up genetic sequencing also showed how c-Rel turns on pro-tumor gene signatures that suppress functions of the immune system in MDSCs.

The researchers then tested their c-Rel inhibitor drug in mice and found that it not only reduced tumor growth, but also enhanced the effects of anti-PD-L1 therapy, another checkpoint inhibitor, when given in combination with the c-Rel drug. That one-two punch approach had the strongest suppression of tumor growth. Combination therapy has become a popular approach for treating cancer patients, especially for those who do not respond well to other treatments. “In patients who respond to anti-PD-L1 treatments, many of them still die after two years,” Chen said. “If you could extend lives by adding another effective approach, that would be a big advance.”

Using human cells, the team also showed that its c-Rel inhibitor drug blocked the development of MDSCs in vitro, suggesting that inhibition might help eliminate cancer in patients, according to the authors. Now that the efficacy of the inhibitor has been demonstrated in the preclinical setting, Chen said, the next step will be studies to assess the safety of the drug, before moving on to further studies and clinical trials. “This represents a new class of checkpoints belonging to a different type of cell in the immune system that could move the field of immunotherapy even further along,” Chen said.

Published by genengnews.com on June 1, 2020
Image from Shutterstock