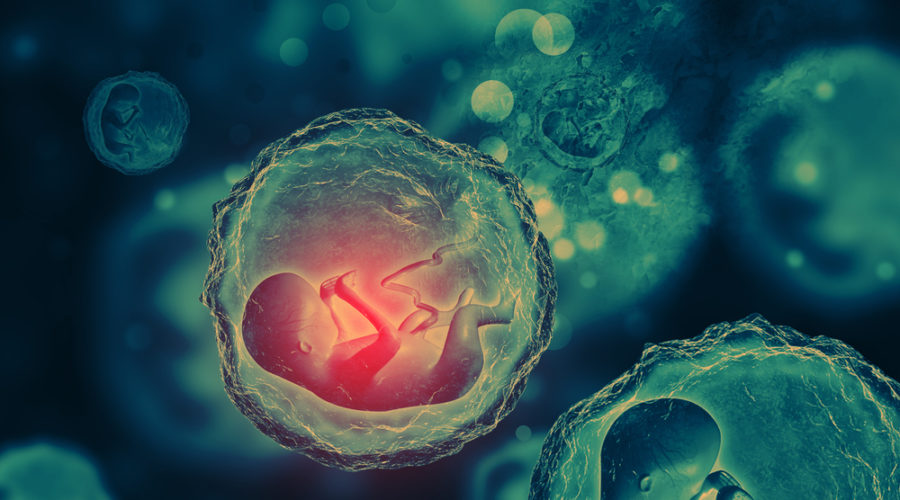 Transitions are a hallmark of life. When dormant plants flower in the spring or when a young adult strikes out on their own, there is a shift in control. Similarly, there is a transition during early development when an embryo undergoes biochemical changes, switching from being controlled by maternal molecules to being governed by its own genome. For the first time, a team from the Perelman School of Medicine at the University of Pennsylvania found in an embryo that activation of its genome does not happen all at once, instead it follows a specific pattern controlled primarily by the various sizes of its cells.

The researchers published their results this week as the cover story in Developmental Cell.

In an early embryo undergoing cell division, maternally loaded RNA and proteins regulate the cell cycle. The genomes of the zygote — a term for the fertilized egg — are initially in sleep mode. However, at a point in the early life of the embryo, these zygotic nuclei “wake up” and expression from their genomes takes biochemical control over subsequent embryo development. But how an embryo “recognizes” when to undergo this transition has remained unknown.

“How an embryo ‘hands over’ control of development from mother to zygote is a fundamental question in developmental biology,” said senior author Matthew C. Good, PhD, an assistant professor of Cell and Developmental Biology and of Bioengineering. “Previously it was not appreciated that different regions of a vertebrate embryo can undergo genome activation at different times, or how directly cell size regulates the awakening of a zygote’s genome.”

Different hypotheses have been offered over the last 40 years to explain how an embryo discerns when to turn on the new genome of individual cells within the zygote, but it was the Penn team who nailed the mechanism and answered this key question.

Using single-cell imaging of embryos from the African clawed frog (Xenopus laevis), they found that cell size was the key parameter governing the start of genome activation in zygotes. Cells must achieve a threshold size to initiate large-scale transcription of their own proteins. By generating miniature embryos, the team demonstrated that changes in cell size control the timing of genome activation.

The results of this study have a number of important implications for the basic understanding of how an embryo develops in its earliest days and for the field of developmental biology in general. The Penn team believes this finding could impact how other investigators approach their own research on genome activation and screening for maternal factors that are necessary to control the fidelity of early embryo development.

“To gain new insights, zygotic transcription should be measured at a single-cell level,” said first author Hui Chen, PhD, a postdoctoral fellow in Good’s lab. “This approach helped us to not overlook the influence of the spatial organization of an embryo’s cells on the maternal-zygotic transition.”

The ‘decision’ to initiate the zygote’s genome is made at the level of individual cells, not the entire embryo, which has changed the Penn team’s view of the developmental process. “Evolution has co-opted cell size as a regulatory mechanism to control a critical transition in embryonic development, a paradigm that may extend to other areas of biology in which cell size varies,” said Good. He and Chen plan to continue this work by measuring genome activation in zebrafish and mice to see if this new perspective holds true in other species.

This work was supported in part by the Burroughs Wellcome Fund, the Charles E. Kaufman Foundation, the March of Dimes, and the National Institution of General Medical Sciences (R35GM12874).

Penn co-authors on this paper include Shawn C. Little, PhD, an assistant professor of Cell and Developmental Biology.