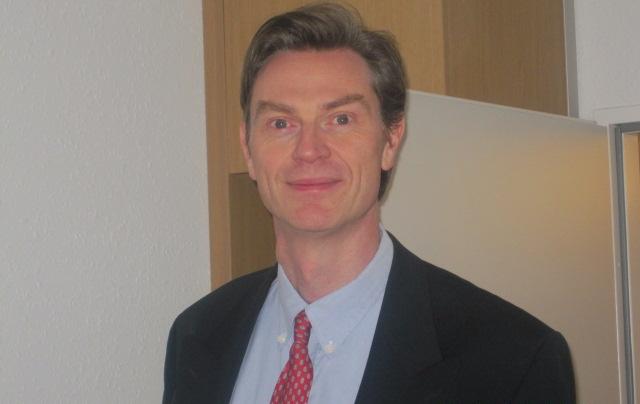 The second article is about the changes in CRO Business Development during the last decades. Read more about his insights on this topic below!

What changes have you seen in CRO Business Development during the last decades?

What struck me most was the amount of time that clients had to discuss business development (BD) matters about 20 years ago. When I started in BD in the nineties, clients easily took half-a-day to discuss business. Sometimes discussions took place in company restaurants, which were common in those days, especially in large companies. These were luxury restaurants for guests, separated from the staff canteen(s). Bottles of wine would even have the company logo on it and special staff was serving, sometimes also wearing uniforms with the company logo. Obviously, there was plenty of time to have in-depth business discussions and – equally important – to get to know each other better, even to the extent of talking about private life. And what a relief that mobile phones were not ringing all the time; they fortunately were not there yet!

It seemed to me that over the years the pharmaceutical industry has become less luxurious and has gradually moved towards the average of other industry sectors when it comes to the level of luxury. In the many hotels where I stayed, I often noticed that quite a few of the meeting rooms were occupied by pharmaceutical companies. This became less over the years, business-class travelling became more restricted and most of the company restaurants disappeared, to name a few examples. Because of mergers and acquisitions, the number of pharmaceutical companies declined. But they grew bigger and quite a few shifted their headquarters to the USA and consequently, more people found themselves often crossing the Atlantic Ocean. As a result of a ‘silent reorganisation’ in the pharmaceutical industry, fewer staff had to do more work.

As the number of pharmaceutical companies was on the way down, the number of Contract Research Organisations (CROs) was on the way up simultaneously, because more research – especially clinical research – was outsourced. Obviously, it was quite easy for CROs to absorb former staff that had been employed by the pharmaceutical industry before. In any case, the result led to less client-time for a growing number of CRO BD-people. By the way: in a similar way there was a trend towards outsourcing manufacturing, giving rise to the Contract Manufacturing Organisations (CMOs).

In the last decades I also witnessed that more and more time was to be spent on sales-forecasts. It started with quarterly reports, then it became monthly reports and then bi-weekly and so on. Whereas sales in some businesses can be predicted quite well, this is not the case in the CRO Business. The pending ‘huge order’ can suddenly be cancelled, whereas new business can suddenly ‘fall from the sky’. Of course, a certain degree of forecast is needed for capacity-planning (e.g. for Clinical Trials), but the real sales turn out to be quite different. At some point, CRM-systems came into being such as the well-known Salesforce.com and they provided a high degree of ‘certainty’, so BD-management loved them. The individual BD Managers loaded such a system with ‘rosy’ figures in order to satisfy his or her manager. Taking into account that a Global Head of Business Development or a BD Group-manager (depending on the size of the company) may for instance have some five to ten BD Managers reporting into him/her, you can imagine that the number of ‘roses’ was abundant. And this ‘big bunch of flowers’ was passed on to the higher level of management (if any) to ultimately be presented proudly to a smiling top-management. Of course, the real sales at any moment in time were completely different and at the end of the day capacity-management remained a challenge.

Another change is the gradual appearance of purchasing departments and purchasing managers within the pharmaceutical companies, who started to ‘take over’ purchasing CRO services (and/or CMO services) from scientists. Most Purchasing Managers were not scientists and spoke an entirely different ‘language’ from scientists. They were more cost- than science focused and especially hungry for discounts, the higher the better. However, assessing the quality of the CRO Services was not so easy for them. Purchase Managers started to seek several proposals for CRO services using Request For Proposal (RFP) templates. Rigorous and time-consuming vendor selection processes came into being, including audits and sometimes ‘bid defence’ meetings. The project milestones and budget for outsourced work became tightly specified within a Services Agreement.

Obviously, the whole negotiation-process took longer and some scientists had to wait (too) long to receive the CRO Services they required (often urgently).  As a result scientists tried to prevent the purchasing managers from interfering. In early development, such as discovery and (early) preclinical development, the cost-per-item is (much) lower than in clinical development and also the science involved is more complicated and changes more rapidly than in the later phases of development. Consequently, in these early phases of development the scientists had the strongest say in the matter. For instance, chemists want to know almost immediately about the basic pharmacological properties of newly synthesised molecules; for them speed and quality are crucial, not price. And although the cost of this so called pharmacology profiling is very low compared to the cost of clinical studies in the later phases of development, its overall financial impact is huge when one takes into account that proper pharmacology profiling aims at ‘killing’ the ‘wrong’ molecules as early as possible and simultaneously passing the ‘good’ ones on to the next stage of development. One such a ‘good’ molecule may – perhaps some ten years later – become one of the company’s few huge cash-generators.

The story about pharmacology profiling brings up another aspect which is important for Business Development: co-makership. When any company and consequently CROs can position themselves in a role of co-maker then price often becomes less of an issue. As in the example of Pharmacology Profiling, the chemists depend on the results generated by the Discovery CRO and they want these results as soon as possible. Based on the results, the chemists modify the synthesis and then the new series of modified molecules are again rapidly tested by the CRO and so on. Another example is the development of tailor-made Preclinical Disease Models, jointly created by the client (often a pharmacologist) and the CRO; this is literally co-makership. Obviously, co-makership changes the position of the CRO’s Business Development Manager towards the client: as a co-maker you are not one of the many ‘commodity’ salesmen anymore. Co-makership can even lead to a ‘reversed’ relationship between the client and the Business Development Manager: for instance, I once enjoyed almost a week in Moscow and also a few days in Jerusalem, including visiting touristic highlights with a tour-guide, all paid by the client !

Then there was of course a whole wave of new Biologicals, starting with Erythropoietin and Granulocyte Colony Stimulating Factor (G-CSF; Filgrastim), Blood-clotting factors and then an entire series of monoclonal antibodies. The latest generations of Biologicals can sometimes even offer a cure for certain diseases, as opposed to just controlling them. Biologicals are, however, large molecules, compared to the mainstream small molecules, which can be taken orally. Therefore, CROs started to also offer services for the development of Biologicals and consequently CRO Business Development Managers had to acquire new knowledge and started to target an additional set of clients.

Over the last decades, the regulatory requirements became more stringent and they continue to do so. Thus pharmaceutical companies and CROs had to comply with more and more rules and regulations. Although CRO Business Development Managers were not supposed to know the details of such rules and regulations, they did have to acquire a general understanding of them and certainly needed to know those which were relevant for business development.

Thank you Peter-Jan for sharing your insights and experience on this topic within the pharmaceutical industry! The third article is about his experiences with the cultural differences in Business Development. Stay tuned!