Changes in the pharmaceutical industry 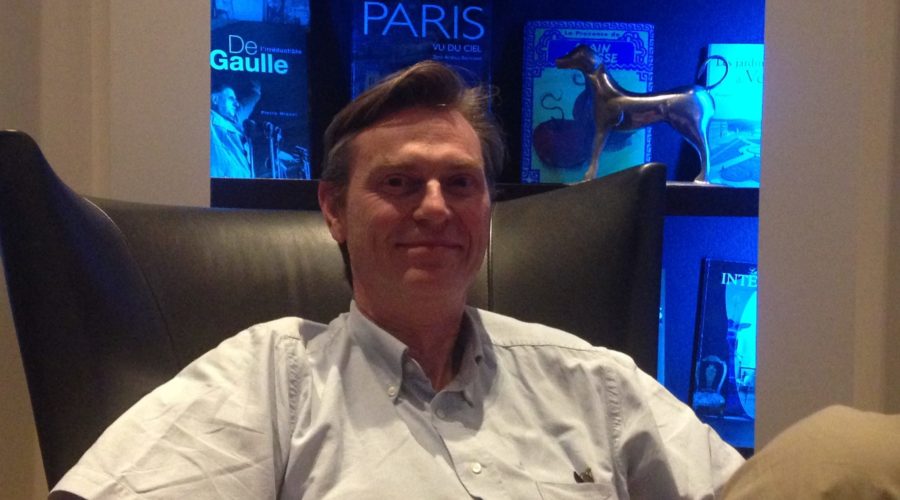 This is the first article by Peter-Jan van Doorn about his experiences in the pharmaceutical industry. Peter-Jan is a Consultant & Interim Manager in the Healthcare Industry.

How has the pharmaceutical industry been transformed through digitisation and automation in recent years?

The pharmaceutical industry relies heavily on digitisation and automation for its research. Examples are computational chemistry, robotic chemistry, imaging techniques and (ultra-) high throughput screening. Also more and more digitisation and automation is used to process the already large but still growing data sets from clinical studies. However, at the end of the day the huge file for a new drug needs to be submitted to the registration authorities (such as the well-known FDA). Yet, these registration authorities may not have a similar ability to handle electronic parts of these enormous files efficiently.

As for digitisation and automation in pharmaceutical production, I assume that it is not really different from other industries with a factory-type production. Wherever the pharmaceutical industry can use digitisation and automation in its factories, it will use these technologies, not only to increase efficiency and accuracy, but also to minimise contamination of factory workers. We should bear in mind that especially big pharma often has two types of factories: the raw material factory, synthesising the active ingredients of the drug and the formulation & packaging factory, where the active ingredients are formulated to become a packed tablet, capsule or an injection fluid. Especially big pharma can have factories in several countries. Each type of factory requires its own digitisation and automation.

What changes can we expect in the next five years?

Many pharmaceutical companies, especially the large ones, have increased their research in oncology and immunology, partly because the costly and lengthy Clinical Studies can often be shorter for especially oncology drugs. Which is quite relevant if you consider that for instance the development of a new molecule drug may take ten to fifteen years with a cost of over 2,5 billion dollars. The far majority of these huge costs concern (the later phases of) clinical development. The FDA and EMA often allow oncology drugs to follow an accelerated/alternative path of development, as well as allowing single registrations for more than one tumour type, resulting in lower costs for clinical development and allowing an oncology drug to reach the market faster. The oncology drug market is already the largest by far and is expected to double in 2024. More than 40% of drugs in development are in the oncology therapeutic area now. There are indeed many successes with the Monoclonal Antibodies (molecules with names ending with …mab), including the relative recent class of check-point inhibitors and also with the kinase inhibitors (molecules with names ending with …nib).

We may also see more Joint Therapies, meaning that a patient takes a combination of drugs, even coming from different pharmaceutical companies. Joint therapies are already often used in Oncology and HIV, but could be used in other therapeutic areas as well. Pharma companies should, however, be more open to sharing drug data, or even to sharing development data.

The pharmaceutical industry is becoming more patient-focused. Patients take more control over their health nowadays, including the drugs they (wish to) take and patient well-being plays an increasing role in drug approval, market access and reimbursement, so pharmaceutical companies try to involve patients more in all stages of value creation.

New technologies, like artificial intelligence, biosensors and mobile apps provide companies with huge amounts of patient data, enabling more advanced analysis and, as a result, precision medicine. The so called blockbuster drugs, designed for the average patient, will thus be replaced by treatments that take into account individual variations in genes, environment and lifestyle. These digital technologies will also change the value propositions of the pharmaceutical industry: combining drugs with target-specific diagnostics, or with biosensors that communicate with mobile apps to guide patients, is something entirely different from just selling drugs.

Another trend which can be seen is the use of advanced data analytics, such as machine learning and artificial intelligence, in corporate decision making across the entire value chain, from R&D to manufacturing and marketing. Thanks to sophisticated analysis techniques pharmaceutical companies will for instance be able to improve their understanding of disease pathways and to plan clinical trials more efficiently.

Advanced data analytics may also be very useful to make timely and better development pipeline decisions, which are tough because of a high degree of uncertainty. The key-question is always “what will the competitive landscape look like when drug X (probably) will reach the market ?”. Such decisions have an enormous financial impact: if you correctly stop further development of drug X it may ‘save’ millions of research dollars, yet, if drug X (on the contrary) had been the right one, you can potentially lose bíllions of future revenue dollars! All too often such pipeline-decisions are taken on rather subjective grounds because scientists and/or responsible therapeutic area managers do not want to see their ‘babies’ die. And ‘the monkeys highest in the tree’ may also throw their weight behind the option favoured by them. So obviously, advanced data analytics are a tremendous help to shift from subjectivity towards objectivity with respect to development pipeline decisions. Hopefully, advanced data analytics will thus help to narrow the innovation gap, a phenomenon referring to R&D expenditures having increased over the last 30 years, whereas the number of drugs reaching the market has declined.

Pharmaceutical companies have started to invest in digital healthcare and advanced analytics. As a result, there will be changes in the way these companies operate: how they interact with stakeholders, such as patients and payers (like governments and health insurance companies), how they design their research and how they market their drugs. In clinical development digital healthcare and advanced analytics offer the potential of becoming more effective and efficient through finding the right type of patient faster, by improving site selection and by in-trial monitoring.

Pharma is lagging behind in innovation compared to other sectors. What prevents the market from innovating?

The Pharmaceutical Industry is an ‘old’ industry in the sense that especially large companies originated from times long before digitisation and modern automation. For typical biotech companies, this is different since most of them emerged (much) later. Therefore, big pharma does not have digitisation and automation in its genes and is often considered conservative. Also the pharmaceutical Industry is allegedly prone to ‘pack mentality’: no company tends to move individually unless the others move as well. Although typical big pharma is called innovative, because they are looking for new and patentable molecules, the innovation is entirely focused on their research. The reflex is: if our pipeline is filled with high potential molecules, especially first-of-class molecules, then our future looks bright.

For prescription drugs the ‘market’ is odd in the sense that the consumers (the patients) are not choosing the product (the drug) themselves (the medical doctor does instead) and – to make it even stranger – payment  of the product is taken care of by the government and/or the health insurance companies.  So normal market mechanisms do not function for the pharmaceutical market, in any case not for prescription drugs, which represent the majority of the market by far, definitely in money-terms.

The (innovative) pharmaceutical industry is spending more money – as a percentage of its gross revenue – on research than any other Industry. However, still a lot of ‘trial-and-error’ is involved in today’s pharmaceutical research, with a relatively small chance of a drug finally reaching the market. A good example of this is Alzheimer’s Disease: in spite of having spent billions of US Dollars every year for so many years, the result is still poor. This shows that the human body – especially on a cellular- and molecular level – is still only partly understood and therefore the pharmaceutical industry still relies on basic science from Academia (Universities and Research Institutes). Although interacting with Academia is essential to access basic science, pharmaceutical companies have to be cautious about their Intellectual Property (IP). Let us not forget that for an entirely new type of technology like for instance Gene Therapy or any new class of molecules, for instance small molecules or proteins (like monoclonal antibodies), several decades may elapse between the first molecular concept (idea) and the first-of-class molecule finally reaching the market. So we need to acknowledge that – in any case for innovative pharma – its primary asset, which is research, is extremely time- and cost consuming.

Also the pharmaceutical industry is restricted by an ever increasing amount of rules and regulations set by the registration authorities when it comes to the development of a drug, such as the use of laboratory animals and the proper execution of clinical studies, including post-marketing patient surveillance studies. And then there is the lengthy drug approval process itself, executed by these same registration authorities.

Moreover, the pharmaceutical industry is further restricted by National Governments when it comes to market-approval and drug-pricing. Also, in many countries the pharmaceutical industry is not allowed to address its marketing communication (advertisements) directly to the general public; it can only address medical doctors and pharmacists and even the interaction with especially the medical doctors is restricted by rules and regulations.

If you compare this ‘freedom-to-operate’ with that of for instance the Car Industry, then you will appreciate that the car industry – although they also have restrictions such as safety and emission standards – has more freedom and is far less dependent on purely basic research into a miracle as poorly understood as the human body. In spite of all advances in Life Sciences the human body is still so poorly understood indeed that at the time new technologies such as computational chemistry, robotic chemistry, (ultra-) high throughput screening and even the fully unravelled human genome have not yet materialised the original high hopes for bringing an abundance of truly innovative drugs to the market.

Thank you Peter-Jan for sharing your insights on these topics within the pharmaceutical industry and we are looking forward to your second article! The second article is about the changes in the last decades in CRO Business Development. Peter-Jan will also discuss the cultural differences in the article. Stay tuned!