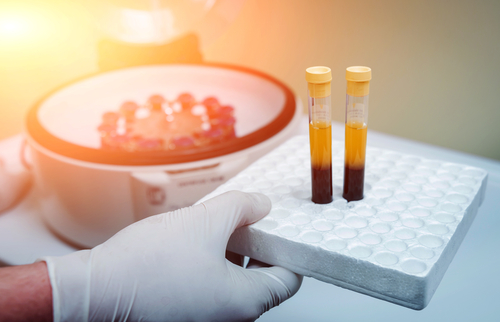 Dexamethasone, an inexpensive generic steroid, reduced the risk of death by roughly one-third in hospitalized COVID-19 patients on mechanical breathing support, and by one-fifth in those on oxygen, compared to patients who received placebo, investigators in a major British clinical trial announced Tuesday.

The results are the first time a drug has been shown to help keep severely ill COVID-19 patients alive. Gilead’s antiviral therapy remdesivir sped patients’ recovery, but has not been proven to to prevent death. Other repurposed anti-inflammatory drugs like Kevzara have also come up short.

The study’s lead investigator, University of Oxford professor Peter Horby, called the findings “a real breakthrough,” adding that “globally, a lot of lives will be saved. “The findings could also prompt the World Health Organization and U.S. Centers for Disease Control and Prevention to review their treatment guidelines and support dexamethasone use.

Dive Insight:
Infection with the new coronavirus that causes COVID-19 can trigger an aggressive overreaction from the body’s immune system, damaging organs and potentially leading to death.

Dexamethasone is a corticosteroid, used in conditions ranging from autoimmune conditions like rheumatoid arthritis and ulcerative colitis to prevention of nausea in patients taking cancer chemotherapy. The drug is widely available, and, as an older drug no longer protected by patents, relatively inexpensive, costing around $1 to $2 for the 6 milligram dose used in this trial.

The RECOVERY trial run by the University of Oxford tested dexamethasone along with five other treatments used in infectious or inflammatory diseases, comparing them to the standard of care in hospitalized patients. One of the other drugs used in this trial was the antimalarial drug hydroxychloroquine, which investigators recently stopped using because data showed it to be ineffective.

In a surprise, however, dexamethasone prevented death, researchers found. In patients on ventilators, use of the steroid reduced the risk of death by 35%, and in those on oxygen support, by 20%. For patients not needing oxygen, a less severe group, the drug didn’t seem to help, however.

Investigators drew their conclusions after the trial ceased enrollment at 2,104 patients in the dexamethasone arm, a number the steering committee judged sufficient “to establish whether or not the drug had a meaningful benefit.” The study has randomized 4,321 patients to usual care.

No further details are available, with the initial disclosure made by a brief press release. The investigators said they released results quickly because of the urgency of the COVID-19 pandemic. Still, the limited information makes their claims harder to evaluate and, following a high-profile retraction of two COVID-19 papers, could invite fresh scrutiny of the findings.

“It will be great news if dexamethasone, a cheap steroid, really does cut deaths by [one-third] in ventilated patients with COVID-19, but after all the retractions and walk backs, it is unacceptable to tout study results by press release without releasing the paper,” wrote Atul Gawande, a prominent U.S. physician and healthcare executive, on Twitter.

Still, the results are the most positive news to emerge from COVID-19 drug development, surpassing the benefit reported for Gilead’s remdesivir. Data from a U.S. government-run study showed remdesivir hastened recovery by four days among patients who needed oxygen. The benefit was largest, however, earlier on in patients who weren’t yet on mechanical ventilation. Supplies of remdesivir are also finite. A donation from Gilead to the U.S. government could run out by the end of June, potentially resulting in a shortage until the drugmaker’s factories are able to churn out sufficient numbers of doses.

RECOVERY’s findings should prompt a swift review of international COVID-19 treatment guidelines. Currently, the World Health Organization and CDC both recommend against “routine” use of corticosteroids because there had been insufficient data to support their use. While research advances have pointed toward ways of treating severely ill patients and reducing the toll of the coronavirus pandemic, so far no drug has been shown to be effective in limiting the virus’ spread.

That won’t happen until researchers have found a vaccine, antiviral or antibody that can stave off infections, a search that’s progressing quickly but is not guaranteed to succeed.

Published by biopharmadive.com on June 16, 2020
Image from Shutterstock