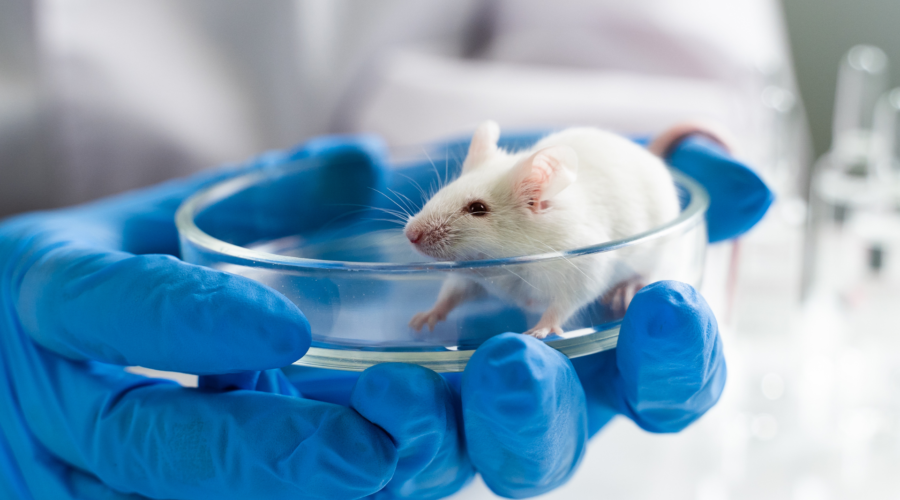 Researchers from the National Institute on Aging (NIA)-funded Interventions Testing Program recently reported the discovery of multiple candidate genes that influence longevity. The three Interventions Testing Program sites -The University of Texas Health Science Center at San Antonio, The University of Michigan at Ann Arbor, and The Jackson Laboratory at Bar Harbor, Maine — collaborated on the study with the labs of Robert W. Williams, Ph.D., of the University of Tennessee Health Science Center at Memphis and Johan Auwerx, MD, Ph.D., of the École Polytechnique Fédérale de Lausanne in Lausanne, Switzerland.

“Some candidate genes impacted the female life span while others affected the male life span,” said Randy Strong, Ph.D., of the Sam and Ann Barshop Institute for Longevity and Aging Studies at UT Health San Antonio. “One cluster of genes increased longevity of both sexes. In a rarity for these types of studies, the findings were made in a population of mice with genetic diversity comparable to human populations.”

“The study models what happens in people,” said research coauthor James Nelson, Ph.D., of the Barshop Institute. “Unlike mice in many other studies, mice in this newly reported research are not all the same. Each has different genetic variants, resulting in slightly different proteins that do slightly different things, which together can impact aging.”

Even subtle differences can lead to different health outcomes as we age. Slight variations in the hemoglobin gene, for example, can cause the hemoglobin protein in red blood cells to be less effective at binding to oxygen and transferring it from the lungs to the body’s tissues, Nelson noted. Anemia is one effect.

The discovery of genetic loci that influence longevity only in females is interesting and important, Strong said. Genetic loci are clusters of between 10 and 100 genes.

“Females and males differ in almost every aspect of aging you can explore,” Strong said. “They each must be studied, both to understand aging in the two sexes and to develop effective treatments. If we offer the same drug therapies to females that we offer to males, and females’ aging is caused by different genes, we are not going to be as effective in our treatments.”

The next steps are scrutinising these candidate genes to find ones that are responsible for increased longevity. In the final part of the Science article, the team reported doing this. The researchers tested candidate genes in roundworms, which are often used in aging research because of their short life span. “A number of the candidate genes did affect longevity in the worms,” Nelson said.

That doesn’t prove that those same genes in humans are going to affect human life span, the researchers said. But it’s another part of the case for continuing to study the genetic basis of longevity.

As envisioned when the Interventions Testing Program began, having three sites where studies are conducted ensures statistical power and rigor and reproducibility of findings, Strong said.

The study is unique in that it is based on a large sample size of animals numbering several thousand, the authors said. “It is among the largest number of mice of any study that has attempted to identify genes that influence life span,” Nelson said.

The Interventions Testing Program is one of several NIA-funded centers at the Sam and Ann Barshop Institute. Among them, the Nathan Shock Center of Excellence in the Basic Biology of Aging provides core services to enhance research of the fundamental biological questions of aging. The Claude D. Pepper Older Americans Independence Center, named for the late U.S. representative, is a center of excellence aimed at increasing scientific knowledge to develop better ways of maintaining or restoring independence in senior adults. The Barshop Institute is the only institute or university in the nation to have these three centers.