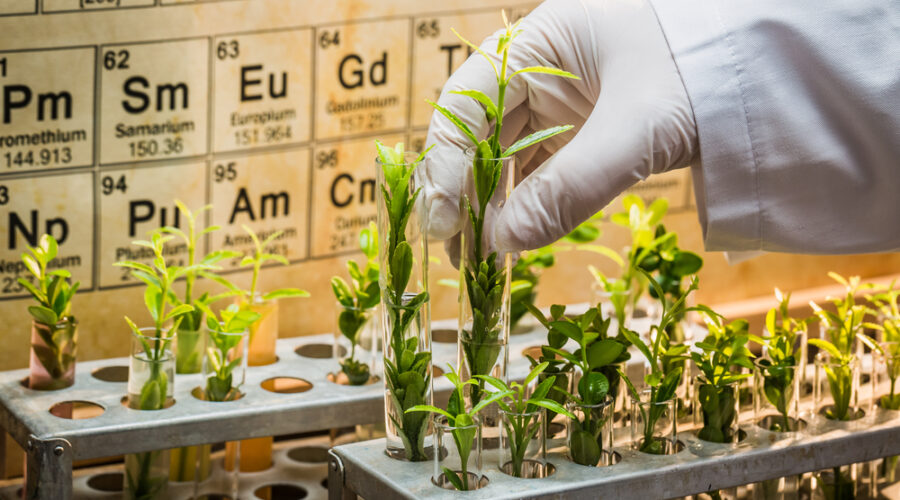 The European Investment Bank (EIB) is backing a huge €250M fund to help bioeconomy companies scale up technology that turns waste biomass into value. Could this provide the sector the traction it needs to become mainstream?

According to the organizers of the European Circular Bioeconomy Fund, or ECBF, this is the first-ever fund in Europe dedicated to supporting the scaleup of companies developing ways to reduce our waste and turn it into commodities. The fund has mustered €82M of its €250M target so far.

As the EU economy recovers from national lockdowns during the Covid-19 pandemic, policymakers are pledging to prioritize sustainability in plans such as the Green New Deal. However, the EU’s current greenhouse gas emissions trajectory remains insufficient to limit global warming in accordance with the Paris Agreement.

One way to correct this is to switch to a circular bioeconomy, which could source energy and other goods from plants and agricultural waste rather than fossil fuels. But one of the biggest obstacles to developing technologies capable of implementing a circular bioeconomy is that companies lack the funding to scale up their technology from the startup stage.

“You are okay until you have a big investment to make in building your first plant. And then it becomes more difficult to find the right funding,” said Martin Stephan, Deputy CEO at the French bioplastics biotech Carbios. “So I think this fund could play a significant role in financing this phase where the startups are moving from a big lab to a small plant.”

Michael Brandkamp, leading the ECBF, sees the lack of funding as a problem that stems from a dearth of knowledge from investors about scaling up sustainable technology.

“The market is flooded with liquidity, however, it does not find a way to the bioeconomy companies,” Brandkamp noted. “And why is that? That’s because there’s a lack of expertise.”

“[Investors] need to evaluate the business plans, the business concept… and that’s why we think we have a good chance to bring a lot of expertise from different places to have the capacity to evaluate these kinds of bioeconomy companies carefully. And that’s important because then other investors see that and will hopefully trust us to finance the growth of these kinds of companies.”

The first companies to receive investments from the ECBF will be the Netherlands-based Peel Pioneers and the German firm Prolupin. Peel Pioneers is developing technology that can chemically turn orange peel waste into cosmetics and flavorings. Prolupin, meanwhile, extracts proteins from plants called lupines and turns them into oils and even vegan ice cream.

“We were really affected by Covid-19,” explained Brandkamp. “We had quite a number of investors in place. We expected to have all these approvals and licenses. However, in March, many investors removed us from their list because of the very high level of uncertainty. There was no chance to get access to new ones because everybody was shut down and it was very difficult to connect with new potential limited partners for the fund. And in the end, the regulatory things took much more time than expected.”

Nevertheless, Brandkamp noted that the situation has improved a lot since the beginning of the pandemic.

The effects of Covid-19 on the whole bioeconomy sector seem to be diverse. For instance, Stephan noticed little impact on the momentum on industrial biotech companies. Brandkamp told me that some companies may have had disruption in sales and manufacturing, but others, such as those in the food sector, may have even benefited.

“In the long run, we believe that the chronic crisis will actually fuel the speed of the transformation process because most investors may look to sustainability investments more carefully,” Brandkamp added. He also noted that many investors may follow sustainability guidelines such as the Environmental, Social, and Governance (ESG) criteria to help with investment decisions.

As to whether the new fund might help the EU to meet its climate goals, Blandkamp was cautiously optimistic. He emphasized that the fund will strictly monitor where it invests, making sure to maximize the ecological benefits of the technology.

“We think that it will have an effect, but we cannot really calculate it,” he said. “If we do 25 investments in this area, we will hopefully motivate other investors to follow.”

Published by labiotech.eu on October 8, 2020