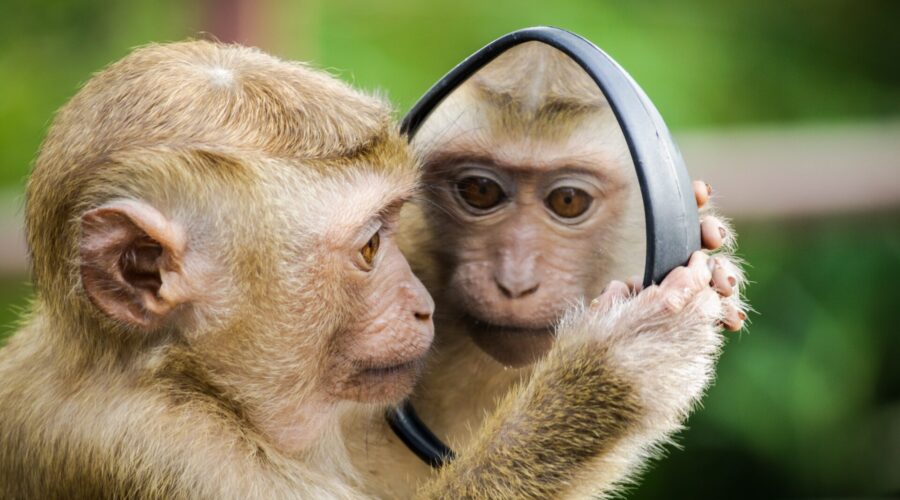 Scientists have created the world’s first monkey embryos containing human cells in an attempt to investigate how the two types of cell develop alongside each other. The embryos, which were derived from a macaque and then injected with human stem cells in the lab, were allowed to grow for 20 days before being destroyed.

We have a term for this type of life form: a chimera, named after the fire-breathing monster of Greek mythology that was part lion, part goat and part snake. It’s hoped that part-human chimeras—essentially animal bodies with some human organs or other characteristics—might one day offer clues to help us treat human diseases, as well as providing organs to transplant to humans. But for these purposes, part-human chimeras will first have to be born, and this research takes us one step closer to that eventuality.

That’s ethically controversial, because these creatures could possess an ambiguous moral status: somewhere between that of humans, which we don’t tend to experiment upon, and animals, which we do. How we end up treating part-human chimeras will depend upon the moral status we assign them—a task that these latest embryonic experiments only makes more pressing.

There are several rationales for pursuing this line of research. Human-monkey chimeras could be created to study parts of the brain, for instance, so we can better understand Alzheimer’s disease. Another goal is to grow human organs for transplantation by “deleting” the relevant organ from the animal’s genetic instructions, and replacing it with human stem cells to fill the developmental niche.

Previously, the same researchers explored this avenue in pigs—seen as ideal because their organs are about the same size as ours. However, not enough human cells “took” to create a functional chimera, and the research failed.

Monkeys are evolutionarily closer to us, so there’s a greater chance that cells will interact effectively with each other. The stated goal of the human-monkey experiments is to understand and perfect the development of chimeras in primates before transferring the technology to pigs.

As we intensively farm and eat pigs, there are thought to be fewer ethical concerns with harvesting organs from pigs. Hence, primate research is a stepping stone, not a goal itself.

Whether part-pig or part-primate, living chimeras that feature human cells are certainly possible in the future. How such animals would look and function would depend, in part, on the numbers of nonhuman and human cells. Previous experiments, for instance, have produced a goat-sheep entity that had both woolly and coarse hair.

This research clearly has the “yuck factor”, meaning it’s likely to provoke moral revulsion. If pigs or monkeys are eventually developed with humanized features, it could cause major public opprobrium, perhaps setting back public acceptance of science significantly.

However, this must be balanced against the severe shortage of organs for transplantation. In the US, for example, more that 100,000 people are currently waiting for an organ.

We tend to get over the yuk factor when lives are at stake. The production of the AstraZeneca vaccine, for instance, uses cell lines that originated from fetal cells. But behind the chimera yuk factor lies a thorny ethical problem: the issue of the moral status of monkeys or pigs that could have a brain closer to that of a human.

In the future, some human-nonhuman chimeras could develop mental capacities between ordinary animals and humans. That presents a huge challenge for those of us who work to determine the moral status of living creatures, and the rights and obligations that follow that status.

Moral status is already one of the most contested areas of practical ethics. Recent work on “speciesism” makes a compelling case that we have wrongly assigned animals a lower moral status. Despite this, human-nonhuman chimeras will probably be regarded as “lesser” than humans, though by how much it is difficult to determine.

There are two ways to tackle ethical concerns over the moral status of part-human chimeras. Scientists could genetically edit human stem cells so they do not become brain cells—but this may not be possible or even desirable, in the case of building models for human brain disease.

Alternatively, scientists could allow such chimeras to be born so that we can determine their moral status by studying them. This would raise other ethical issues, as it would require the newborn to be subjected to novel behavioral tests of cognition, communication and other mental capacities.

Further into the future, chimera discoveries could give humans capacities found elsewhere in the animal kingdom, like a bat’s sonar. If we accept moral status based on a creature’s capacities, such enhanced humans could one day be regarded as superior to us.

Seeing as we’re already struggling with issues of equality between human beings, it would seem we’re poorly prepared for the ethical challenges presented by future advances in chimera research.

The issue of moral status is a philosophical and ethical question. Science might help us in detecting it—with information about the extent of a non-human animal’s capacities, for instance—but it cannot tell us what it is. This new research shows it’s a concept in urgent need of attention.

You’ve read about the first monkey embryos containing human cells. Human-monkey chimeras could be created to study parts of the brain, for instance, so we can better understand Alzheimer’s disease for example. Ready to work with the most innovative organisations within Biotechnology? Click HERE!