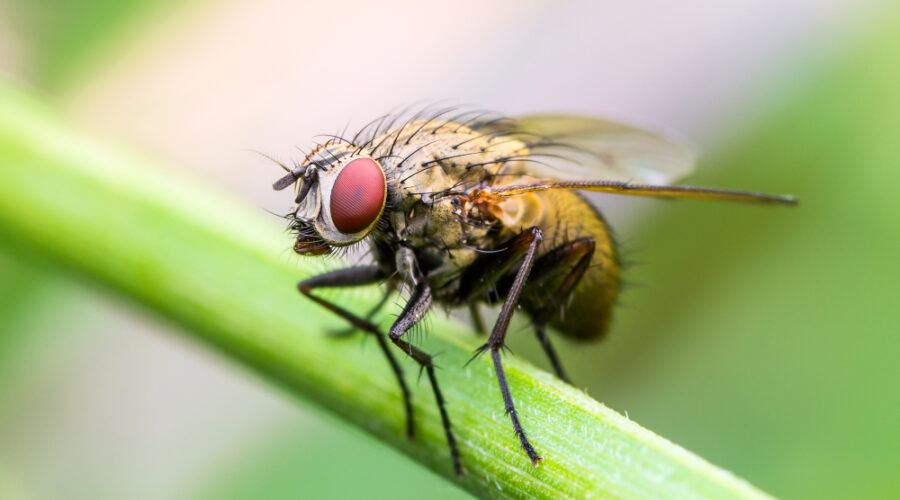 Healthy aging and longevity in humans are modulated by a lucky combination of genetic and non-genetic factors, but now scientists are challenging the traditional genes linked to aging. National Institutes of Health (NIH) researchers fed fruit flies antibiotics and monitored the lifetime activity of hundreds of genes that scientists have traditionally thought control aging. The antibiotics unexpectedly extended the lives of the flies but also changed the activity of many of these genes. Their results suggested that only about 30% of the genes traditionally associated with aging set an animal’s internal clock while the rest reflect the body’s response to bacteria.

Their findings are published in the journal iScience in a paper titled, “Common features of aging fail to occur in Drosophila raised without a bacterial microbiome.”

Their findings suggest that some hallmarks of aging are not inevitable features of aging, but rather reflect the sequential deployment by the organism of a series of strategies to respond to the challenges of its normal microbial environment.

“For decades scientists have been developing a hit list of common aging genes. These genes are thought to control the aging process throughout the animal kingdom, from worms to mice to humans,” explained Edward Giniger, PhD, senior investigator at the NIH’s National Institute of Neurological Disorders and Stroke (NINDS) and the senior author of the study. “We were shocked to find that only about 30% of these genes may be directly involved in the aging process. We hope that these results will help medical researchers better understand the forces that underlie several age-related disorders.”

The team’s results happened by chance. Giniger’s team studies the genetics of aging in Drosophila, and had previously, demonstrated how a hyperactive immune system may play a critical role in the neural damage that underlies several aging brain disorders. However, the previous study did not examine the role that bacteria may have in the process.

They believed antibiotics would have little to no effect on preventing bacteria growth. However, they observed that the antibiotics lengthened the fly’s lives by about six days, from 57 days for control flies to 63 for the treated ones.

“This is a big jump in age for flies. In humans, it would be the equivalent of gaining about 20 years of life,” added Arvind Kumar Shukla, PhD, a post-doctoral fellow on Giniger’s team and the lead author of the study. “We were totally caught off guard and it made us wonder why these flies took so long to die.”

The team searched for clues in the genes of the flies, and monitored the gene activity in the heads of 10-, 30-, and 45-day old flies. In a previous study, the team discovered links between age and gene activity. In this study, they found that raising the flies on antibiotics broke many of these links.

“At first, we had a hard time believing the results. Many of these genes are classical hallmarks of aging and yet our results suggested that their activity is more a function of the presence of bacteria rather than the aging process,” said Shukla.

The team found an explanation for why antibiotics extended the lives of flies in the remaining 30% of the genes they analyzed. They found the rate at which the activity of these genes changed with age was slower than normal in flies that were fed antibiotics.

“We found that there are some genes that are in fact setting the body’s internal clock,” said Giniger. “In the future, we plan to locate which genes are truly linked to the aging process. If we want to combat aging, then we need to know precisely which genes are setting the clock.”

“This raises the specter that the associated diseases of human aging may similarly be strongly linked to the status of the human microbiome and its associated immune response,” concluded the researchers. “It may be, therefore, that for humans, as for flies, net lifespan reflects the ticking both of a clock responding to the internal state of the animal, but also from parallel, independent clocks responding to various environmental challenges, particularly the microbiome.”

Are you looking to add professionals to your team that can uncover other genes linked to various phenomena? Click HERE!