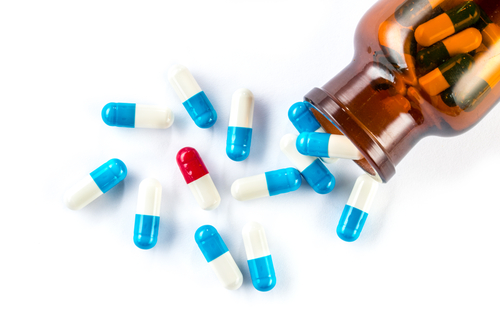 Galapagos has released positive data from two phase III trials testing its flagship drug candidate, filgotinib, that will let the company and its partner Gilead apply for marketing approval.

20 years after its foundation, Galapagos is finally approaching the finish line. Yesterday, the company has shared positive data from two clinical trials that together enrolled over 3,000 people with rheumatoid arthritis. As a result, the company’s stock price has gone up by 14% this morning.

One trial evaluated the benefits of treating patients with filgotinib in addition to methotrexate, a form of chemotherapy commonly used to treat autoimmune diseases. The other trial looked at the effects of the drug in patients that do not respond to chemo and compared it to Humira (adalimumab), an antibody used to treat multiple autoimmune and inflammatory conditions, including rheumatoid arthritis. (Until now Humira was the best-selling drug worldwide, but that might start changing as its European patent recently expired).

The trials showed that treating patients with filgotinib resulted with a higher percentage of the patients achieving a minimum 20% improvement in their symptoms when compared to a placebo, and the higher dose of the two tested showed an improvement over Humira. The drug also reduced the progression of damage and the level of disability caused by the disease.

“We have the data for filgotinib to prepare the filing of this novel medicine as a safe and effective drug for the treatment of rheumatoid arthritis,” stated Onno van der Stolpe, who has been CEO of Galapagos since he founded it in 1999. The Belgian company has since grown to be one of the largest companies in Europe, with over 700 employees and a market cap higher than €5Bn.

According to CMO Walid Abi-Saab, the data show that filgotinib has potential to be a treatment for a wide range of patients, including those that have been newly diagnosed as well that those that do not respond to standard treatments.

Filgotinib is Galapagos’ flagship drug, with a dozen multiple clinical trials testing the drug in different inflammatory conditions. In 2015, after AbbVie bailed out, the company partnered with Gilead for the development of filgotinib. If the drug is approved, Galapagos will commercialize the drug on its own in Belgium, the Netherlands and Luxemburg; and in collaboration with Gilead in ‘Europe’s 4 largest countries’. Gilead will be responsible for all other regions.

But the drug still has to obtain regulatory approval. Filgotinib belongs to a class of anti-inflammatory drugs known as JAK inhibitors. Both the EMA and FDA have flagged safety issues around other drugs of the same class, including Pfizer’s Xeljanz and Eli Lilly’s Olumiant. So far, Galapagos hasn’t reported any big safety issues. The company’s premise is that, unlike other JAK inhibitors, filgotinib only acts against one specific molecular target, making it less likely to result in side effects. But only time will tell.