Gene therapy for hemophilia: So close, yet so far away 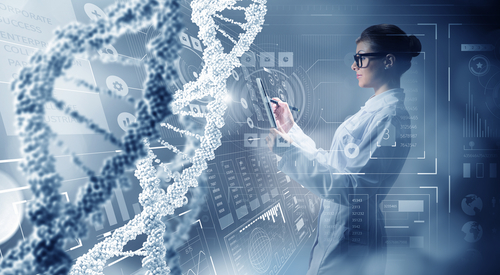 After decades of research, a gene therapy for hemophilia appeared within reach last year. Steady progress in clinical testing had brought two promising treatments close to the finish line. One, for the most common form of the inherited blood disease, hemophilia A, was under regulatory review in the U.S. Another for the rarer hemophilia B form was close behind in the last leg of a late-stage study.

Then came two significant setbacks. In August, the Food and Drug Administration unexpectedly rejected the hemophilia A gene therapy, Roctavian, and asked for data that would take another year to collect. Months later, researchers noted a suspected case of liver cancer in the trial of the hemophilia B treatment, developed by Dutch biotech UniQure and called AMT-061.

Both developments renewed lingering questions about gene therapy for hemophilia and derailed the near-term paths forward for each treatment. More broadly, the events were a reminder of the difficulty and complexity of developing gene therapies, which promise a dramatic benefit.

Entering 2021, gene therapy for hemophilia is in a peculiar position. Treatments are about as close to approval as they’ve ever been. And yet when they might arrive is newly uncertain. Here’s where things stand:

How is hemophilia treated now?

Hemophilia affects roughly 30,000 people in the U.S. Mutations in one of two genes leaves these people without enough of key proteins needed to clot blood. Lacking those proteins — Factor VIII in hemophilia A and Factor IX in hemophilia B — makes them susceptible to dangerous bleeds and, over time, joint damage and other health problems. About 60% of patients have a severe form of the disease, according to the National Hemophilia Foundation, meaning their bodies produce barely any clotting protein.

Since the early 1990s, the disease has typically been treated with injections of replacement clotting factors that raise patients’ protein levels. Over time, drugmakers have developed more potent versions of these treatments, but they still need to be administered at least once a week.

More recently, an antibody drug called Hemlibra was approved for hemophilia A and can be given as infrequently as once a month. Other longer-lasting drugs are emerging as well.

How could gene therapy be used?

A one-time treatment for hemophilia would be a significant medical advance, so long as the benefit is sufficiently durable.

As it is, hemophilia is a chronic, manageable condition, but an expensive one to treat. The yearly cost of replacement factor can eclipse $1 million for those with severe disease. Hemlibra has a $450,000 annual list price.

Gene therapy, then, offers the chance to free patients from constantly worrying about their factor levels and spontaneous bleeding. Conceivably, gene therapy could possibly save money for the healthcare system over patients’ lifetimes, even with a price tag in the seven digits. Roctavian developer BioMarin Pharmaceutical, for instance, was exploring a price between $2 million to $3 million last year.

While studies have convincingly shown gene therapy can dramatically raise protein levels and prevent bleeding, it’s unclear exactly how long such effects will last. Patients likely would not be able to get a second dose, either, due to the way the treatments work. Results have also varied between patients and between studies.

Should a gene therapy reach patients, insurers could set up conditions for coverage and reimbursement that may limit who receives treatment.

Which companies are working on gene therapies?

Hemophilia has always been an ideal target for gene therapy. The disease is caused by a single mutation; a gene has to be added, not knocked out, to fix it; and boosting even small levels of clotting protein can have a big impact.

As a result, the disease has become one of the most crowded and competitive fields in all of gene therapy. There are at least seven programs currently in human testing for hemophilia A and B. Four of them — from BioMarin, Pfizer and UniQure — are in Phase 3 trials. Others have been suspended or discontinued as testing has progressed.

BioMarin and Uniqure’s programs are the furthest along, and have shown in some cases a stunning ability to durably boost patients’ protein levels.

But both have now been slowed by regulatory and clinical setbacks. The FDA turned back BioMarin’s Roctavian because of differences in results between two different studies, and the company withdrew its application in Europe afterwards. The FDA’s decision delayed the program in the U.S. by at least one year, possibly two.

UniQure’s treatment is still the leading gene therapy in hemophilia B; dosing is complete in each of its gene therapy studies, and an FDA application could come later this year. But its prospects could hinge on whether the treatment caused a trial participant to develop liver cancer. UniQure has noted the patient had multiple risk factors for disease, but testing was nonetheless paused in December.

Two gene therapies that originated within Spark Therapeutics, meanwhile, are now in Phase 3 testing and owned by Roche and Pfizer. So is a treatment for hemophilia A that Pfizer licensed from Sangamo Therapeutics, which has shown promise as well.

Behind them are gene therapies from Freeline Therapeutics, Bayer and others.

The next updates from BioMarin and UniQure are the most crucial events to come for hemophilia gene therapy this year. Though BioMarin may soon re-file for approval in Europe based on results disclosed in January, the biotech needs two years of follow-up data from its Phase 3 trial to appease the FDA. The company won’t have that data until November.

UniQure, meanwhile, said in December that its investigation into the cancer case would take one to three months to complete. The biotech also plans to meet with regulators early this year.

The outcome of UniQure’s investigation — and the FDA’s feedback — will impact not just hemophilia gene therapy, but the entire field.

The development of gene therapy is very promising. Would you like to contribute to a biotech organisation which is developing gene therapy? Click HERE!