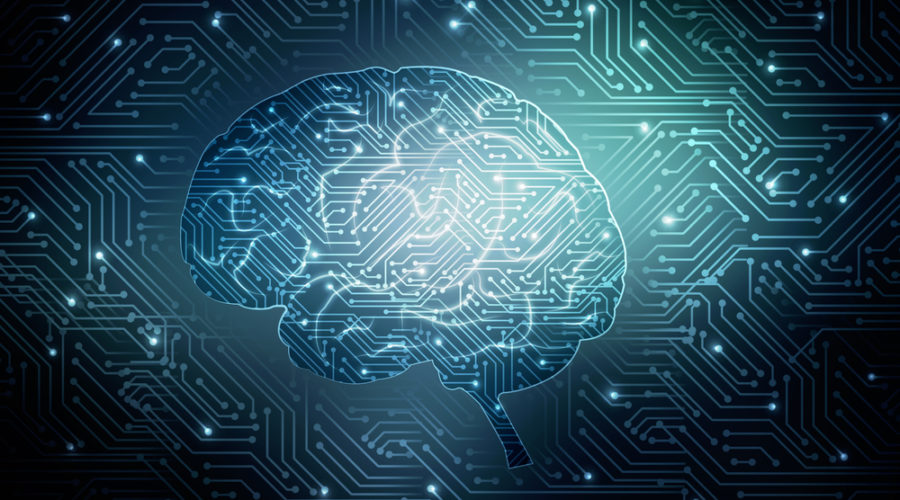 Glioma, a type of brain cancer, is normally treated by removing as much of the tumor as possible, followed by radiation or chemotherapy. With this treatment, patients survive an average of about 10 years, but the tumors inevitably grow back.

A team of researchers from MIT, Brigham and Women’s Hospital, and Massachusetts General Hospital hopes to extend patients’ lifespan by delivering directly to the brain a drug that targets a mutation found in 20 to 25 percent of all gliomas. (This mutation is usually seen in gliomas that strike adults under the age of 45.) The researchers have devised a way to rapidly check for the mutation during brain surgery, and if the mutation is present, they can implant microparticles that gradually release the drug over several days or weeks.

“To provide really effective therapy, we need to diagnose very quickly, and ideally have a mutation diagnosis that can help guide genotype-specific treatment,” says Giovanni Traverso, an assistant professor at Brigham and Women’s Hospital, Harvard Medical School, a research affiliate at MIT’s Koch Institute for Integrative Cancer Research, and one of the senior authors of the paper.

The researchers are also working ways to identify and target other mutations found in gliomas and other types of brain tumors.

“This paradigm allows us to modify our current intraoperative resection strategy by applying molecular therapeutics that target residual tumor cells based on their specific vulnerabilities,” says Ganesh Shankar, who is currently completing a spine surgery fellowship at Cleveland Clinic prior to returning as a neurosurgeon at Massachusetts General Hospital, where he performed this study.

Shankar and Koch Institute postdoc Ameya Kirtane are the lead authors of the paper, which appears in the Proceedings of the National Academy of Sciences the week of Aug. 6. Daniel Cahill, a neurosurgeon at MGH and associate professor at Harvard Medical School, is a senior author of the paper, and Robert Langer, the David H. Koch Institute Professor at MIT, is also an author.

The tumors that the researchers targeted in this study, historically known as low-grade gliomas, usually occur in patients between the ages of 20 and 40. During surgery, doctors try to remove as much of the tumor as possible, but they can’t be too aggressive if tumors invade the areas of the brain responsible for key functions such as speech or movement. The research team wanted to find a way to locally treat those cancer cells with a targeted drug that could delay tumor regrowth.

To achieve that, the researchers decided to target a mutation called IDH1/2. Cancer cells with this mutation shut off a metabolic pathway that cells normally use to create a molecule called NAD, making them highly dependent on an alternative pathway that requires an enzyme called NAMPT. Researchers have been working to develop NAMPT inhibitors to treat cancer.

So far, these drugs have not been used for glioma, in part because of the difficulty in getting them across the blood-brain barrier, which separates the brain from circulating blood and prevents large molecules from entering the brain. NAMPT inhibitors can also produce serious side effects in the retina, bone marrow, liver, and blood platelets when they are given orally or intravenously.

To deliver the drugs locally, the researchers developed microparticles in which the NAMPT inhibitor is embedded in PLGA, a polymer that has been shown to be safe for use in humans. Another desirable feature of PLGA is that the rate at which the drug is released can be controlled by altering the ratio of the two polymers that make up PLGA — lactic acid and glycolic acid.

To determine which patients would benefit from treatment with the NAMPT inhibitor, the researchers devised a genetic test that can reveal the presence of the IDH mutation in approximately 30 minutes. This allows the procedure to be done on biopsied tissue during the surgery, which takes about four hours. If the test is positive, the microparticles can be placed in the brain, where they gradually release the drug, killing cells left behind during the surgery.

In tests in mice, the researchers found that treatment with the drug-carrying particles extended the survival of mice with IDH mutant-positive gliomas. As they expected, the treatment did not work against tumors without the IDH mutation. In mice treated with the particles, the team also found none of the harmful side effects seen when NAMPT inhibitors are given throughout the body.

“When you dose these drugs locally, none of those side effects are seen,” Traverso says. “So not only can you have a positive impact on the tumor, but you can also address the side effects which sometimes limit the use of a drug that is otherwise effective against tumors.”

The new approach builds on similar work from Langer’s lab that led to the first FDA-approved controlled drug-release system for brain cancer — a tiny wafer that can be implanted in the brain following surgery.

“I am very excited about this new paper, which complements very nicely the earlier work we did with Henry Brem of Johns Hopkins that led to Gliadel, which has now been approved in over 30 countries and has been used clinically for the past 22 years,” Langer says.

An array of options

The researchers are now developing tests for other common mutations found in brain tumors, with the goal of devising an array of potential treatments for surgeons to choose from based on the test results. This approach could also be used for tumors in other parts of the body, the researchers say.

“There’s no reason this has to be restricted to just gliomas,” Shankar says. “It should be able to be used anywhere where there’s a well-defined hotspot mutation.”

They also plan to do some tests of the IDH-targeted treatment in larger animals, to help determine the right dosages, before planning for clinical trials in patients.

“We feel its best use would be in the early stages, to improve local control and prevent regrowth at the site,” Cahill says. “Ideally it would be integrated early in the standard-of-care treatment for patients, and we would try to put off the recurrence of the disease for many years or decades. That’s what we’re hoping.”