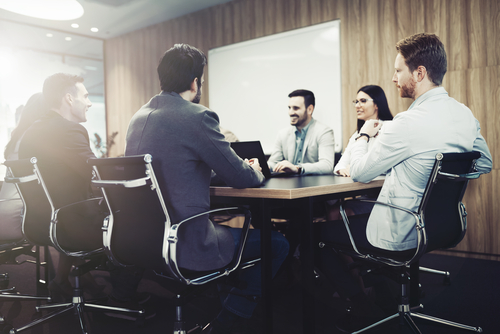 Late last month, Gossamer Bio filed to raise up to $230 million in a fixed-price IPO so it could go public despite the partial shutdown of the U.S. government. Now that the government has reopened, the San Diego biotech has returned to its original plan, pricing its traditional IPO at $276 million.

As the shutdown continued, Reuters reported that some 80 companies across multiple business sectors had filed for IPOs with the SEC, none have completed a listing on the U.S. stock exchange since the shutdown started on Dec. 22. Gossamer decided to make use of Section 8(a) of the Securities Act, which allowed the company to file registration unilaterally providing it agreed to fix its IPO price for 20 days—in this case until Feb. 12. If the government reopened before that date, Gossamer said in a statement, it would “re-evaluate” the fixed-price offering.

With its IPO priced, Gossamer will be able to push a multidrug pipeline forward, which includes three drugs in clinical trials across multiple immunology indications, including asthma, nasal polyposis, severe urticaria (hives), pulmonary arterial hypertension (PAH) and inflammatory bowel disease (IBD), and another three in preclinical development. Though with a $100 million debut round and $230 million series B round last July doesn’t mean that Gossamer is exactly wanting for cash.

Gossamer’s lead asset, GB001 is an oral antagonist of prostaglandin D2 receptor 2 that is in a phase 2b trial in moderate-to-severe eosinophilic asthma. The company is planning midstage studies for the asset in chronic rhinosinusitis caused by nasal polyps and chronic spontaneous urticaria later this year, according to its prospectus.

Also in the works are GB002, an orally inhaled platelet-derived growth factor receptor kinase inhibitor for PAH, and GB004, a hypoxia inducible factor-1a stabilizer for IBD, both of which are in phase 1. Gossamer aims to push GB002 into phase2/3 in PAH by the end of the year and to begin a phase 1b study of GB004 in ulcerative colitis in the first half of 2019, with a phase 2 trial in Crohn’s disease following in 2020.

Published by FierceBiotech on February 8, 2019