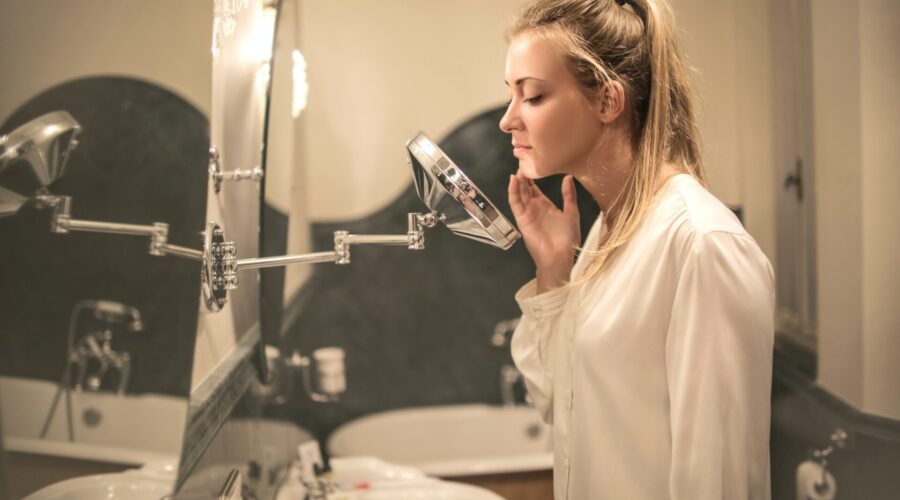 This week, the Paris-based Eligo Bioscience became one of a growing number of biotechs to land a big pharma deal focused on the skin microbiome, receiving up to €185M from GlaxoSmithKline (GSK) as they explore a CRISPR-based treatment for acne.

Acne is a condition that troubles the majority of adolescents and often persists into adulthood. It affects an estimated 40-50 million people in the US alone.

The treatment of acne is notoriously difficult. Common medications — benzoyl peroxide, retinoids, and antibiotics — focus on eradicating Cutibacterium acnes – the bacterium causing the inflammation – or restoring hormonal balance. However, antibiotics can also kill beneficial bacteria on the skin, leading to side effects such as skin dryness, redness, light sensitivity, and peeling.

The €185M deal between Eligo Bioscience and GSK aims to bring a more selective approach to acne treatment. Eligo engineers a viral vector to carry a DNA-cutting CRISPR system similar to that used in the famous gene editing tool. The viral vector injects the acne-causing bacteria with the CRISPR system, which kills them by breaking their DNA. Beneficial bacteria, meanwhile, are left intact.

“There is no other approach that can discriminate between bacteria that differ by only a few genes,” Xavier Duportet, CEO of Eligo Bioscience, told me. “This level of specificity enables precise microbiome composition manipulation.”

Over the last decade, big pharma companies have shown a limited appetite for deals based on the microbiome. The collaborations they have entered are commonly based on conditions involving the gut microbiome, such as team-ups between Enterome and Takeda and Microbiotica and Genentech to tackle inflammatory bowel disease.

However, this situation has recently begun to shift. Skin microbiome biotechs are getting increasing attention from giants such as L’Oreal, Bayer, and Johnson & Johnson. Eligo’s agreement with GSK may be a promising signal for other aspiring firms in the field including S-Biomedic (Belgium), SkinBioTherapeutics (UK), and BiomX (Israel).

“Science and knowledge about the skin microbiome are advancing at a very fast pace, which I believe will open new exciting opportunities for new treatments,” Duportet said.

This trend was also highlighted this week by one of Eligo’s investors, the French VC firm Seventure Partners. Seventure said that it has increased the focus of its Health for Life fund on companies investigating the skin microbiome such as BiomX and the US firms Siolta Therapeutics and Dermala.

“While microbiome research is a relatively young area, our understanding of the close connection between the human microbiome and our immune system is growing by the day,” said Isabelle de Cremoux, CEO and Managing Partner of Seventure Partners, in a public statement. “This is also reflected by the growing number of major deals in this field, in many modalities and in many therapeutic areas, including the skin microbiome, which is increasingly drawing attention from major skincare companies.”

Eligo’s next steps, besides developing the CRISPR-based acne treatment, will focus on new ways to manipulate the microbiome.

“We are working on the prevention of renal failure in infants by decolonization of toxigenic gut bacteria, reducing mortality after organ transplantation due to antibiotic-resistant bacteria, and we are investigating the manipulation of the microbiome in oncology, autoimmune, and cardiovascular disease,” Duportet explained.

From a synthetic biology perspective, bacteria and fungi living in the skin, gut, or other parts of the body offer a new dimension where bioengineering can interact with humans. Human cells are often too challenging or ethically undesirable for gene editing, making fungi and bacteria the next candidates.

The gut microbiome was the first application area for synthetic biology approaches, and now there are synthetic probiotics that target a wide range of conditions such as metabolic diseases and even hangovers. The skin, the largest organ of the body, has an expansive microbiome, which opens new possibilities for precision bioengineering.

In spite of a lot of hype and a booming probiotics industry, however, the microbiome is poorly understood at present and more research is needed to gauge the clinical benefits of tinkering with gut and skin bacteria. Furthermore, authorities such as the EU often lag behind the latest advancements, making it tough for microbiome companies to navigate the regulatory landscape. As the field gets more established over the next decade, this situation could start to change for the field as a whole.