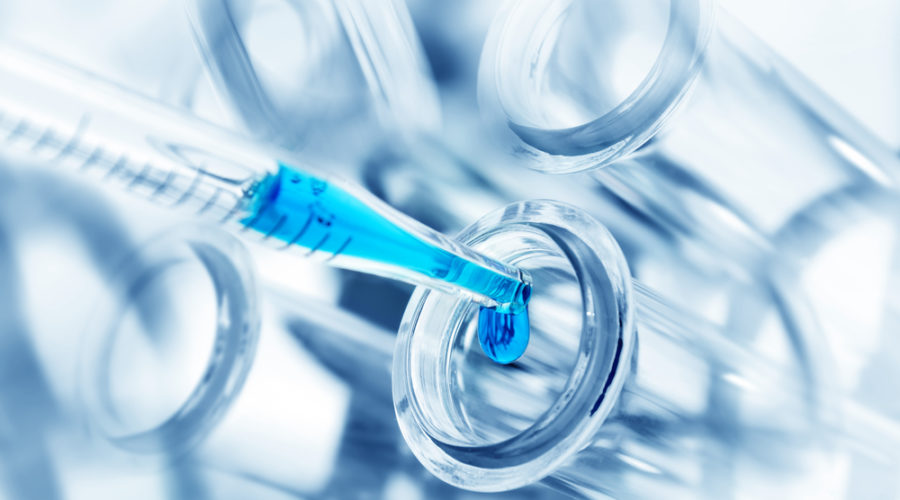 Drugs that inhibit an enzyme called reverse transcriptase have been on the market for decades to treat HIV. Now a team led by Brown University scientists may have found another use for them—to treat age-related disorders, including Alzheimer’s.

Lamivudine, a reverse transcriptase inhibitor originally developed by GlaxoSmithKline and approved by the FDA in 1995, cut inflammation and other signs of aging in mice, the researchers reported in a study published in Nature.

Chronic inflammation has been fingered as a culprit in many age-related diseases, hence it holds promise to treat such disorders as Alzheimer’s, Parkinson’s and arthritis, John Sedivy, the study’s senior author, said in a statement. When people grow old, some cells stop dividing. These so-called “senescent cells” harbor inflammation-prone risk factors known as senescence-associated secretory phenotypes (SASPs).

In the Nature paper, Sedivy and colleagues identified a DNA feature that they believe contributes to age-related inflammation. They’re called retrotransposons, or “jumping genes,” and they are DNA sequences that can replicate and move to other sites. Most of them are inactive, and the body maintains certain mechanisms to keep them in check. But Sedivy’s team found that one type of retrotransposon, LINE-1 (L1) can escape those controls in old human cells and old mice.

L1 reactivation then triggers a well-characterized antiviral immune response launched by interferon proteins, which can ultimately cause inflammation in neighboring cells, the scientists found.

They then focused on finding a way to block viral-like L1 activity to avoid an inflammatory immune response. Because retrotransposons like L1 require the reverse transcriptase enzyme, which HIV also needs to replicate, the researchers figured reverse transcriptase inhibitors currently used against HIV might also work to halt L1.

After testing six different HIV reverse transcriptase inhibitors, the Brown researchers locked onto lamivudine because of its activity and low side effects. In human cells treated with lamivudine, interferon response and SASP factors were decreased. And in mice between 20 and 26 months old, the drug reduced interferon response and inflammation, as well as other age-related signs, including fat and muscle loss and kidney scarring, the team reported.

“When we started giving this HIV drug to mice, we noticed they had these amazing anti-inflammatory effects,” Sedivy said in a statement. “Our explanation is that although L1s are activated relatively late in senescence, the interferon response reinforces the SASP response and is responsible for age-associated inflammation.”

Inhibiting inflammation to stop tissue damage has become a popular strategy that scientists are exploring as they search for new remedies for age-related disorders such as Alzheimer’s. Denali, under partnership with Sanofi, recently advanced an inhibitor of RIPK1—an enzyme that regulates macrophages—into clinical trials in Alzheimer’s, amyotrophic lateral sclerosis and multiple sclerosis, for example. Scientists at the University of Florida previously used soluble versions of toll-like receptors to damp down neuro-inflammatory response seen in Alzheimer’s.

Sedivy believes his team’s findings could open the door to using reverse transcriptase inhibitors for treating multiple age-related disorders including Alzheimer’s. And HIV drugs may also work in other ways beyond blocking L1. A recent Nature study by scientists at Sanford Burnham Prebys Medical Discovery Institute suggests that gene APP, which encodes for the beta-amyloid protein implicated in Alzheimer’s, could reshuffle its DNA to create different forms of toxic proteins other than beta-amyloid. But the gene requires reverse transcriptase to accomplish that.

Of course, there’s more work to be done for reverse transcriptase inhibitors to be repurposed in age-related diseases. Sedivy noted that although lamivudine reduced interferon response, “it doesn’t quite go back down to normal.” And the exact structure of the L1 reverse transcriptase needs to be determined to assure minimal side effects, he said. The Brown researchers hope to start clinical trials of lamivudine in conditions such as frailty, Alzheimer’s and arthritis. They would also like to develop a new drug specifically targeted at L1.

Published by FierceBiotech on February 8, 2019