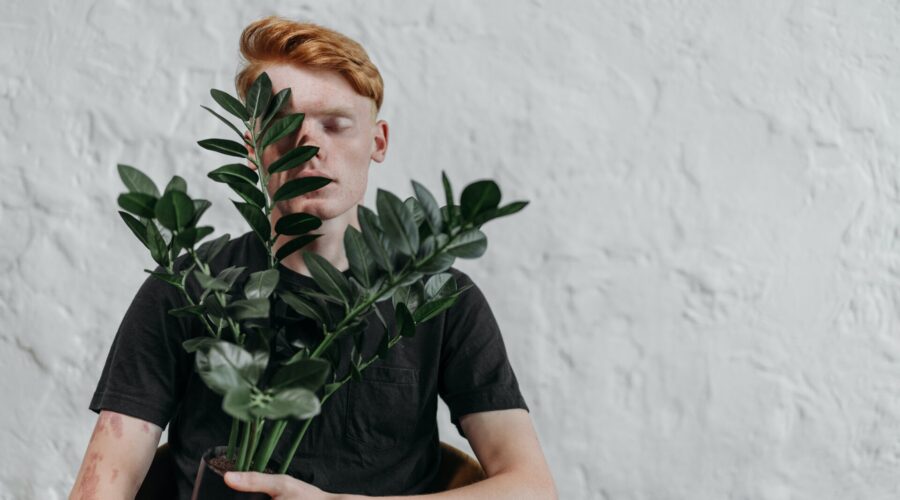 Using a virus that grows in black-eyed pea plants, nanoengineers at the University of California San Diego developed a new treatment that could keep metastatic cancers at bay from the lungs. The treatment not only slowed tumor growth in the lungs of mice with either metastatic breast cancer or melanoma, it also prevented or drastically minimized the spread of these cancers to the lungs of healthy mice that were challenged with the disease.

The research was published Sept. 14 in the journal Advanced Science.

Cancer spread to the lungs is one of the most common forms of metastasis in various cancers. Once there, it is extremely deadly and difficult to treat.

Researchers at the UC San Diego Jacobs School of Engineering developed an experimental treatment that combats this spread. It involves a bodily injection of a plant virus called the cowpea mosaic virus. The virus is harmless to animals and humans, but it still registers as a foreign invader, thus triggering an immune response that could make the body more effective at fighting cancer.

The idea is to use the plant virus to help the body’s immune system recognize and destroy cancer cells in the lungs. The virus itself is not infectious in our bodies, but it has all these danger signals that alarm immune cells to go into attack mode and search for a pathogen, said Nicole Steinmetz, professor of nanoengineering at UC San Diego and director of the university’s Center for Nano-ImmunoEngineering.

To draw this immune response to lung tumors, Steinmetz’s lab engineered nanoparticles made from the cowpea mosaic virus to target a protein in the lungs. The protein, called S100A9, is expressed and secreted by immune cells that help fight infection in the lungs. And there is another reason that motivated Steinmetz’s team to target this protein: overexpression of S100A9 has been observed to play a role in tumor growth and spread.

“For our immunotherapy to work in the setting of lung metastasis, we need to target our nanoparticles to the lung,” said Steinmetz. “Therefore, we created these plant virus nanoparticles to home in on the lungs by making use of S100A9 as the target protein. Within the lung, the nanoparticles recruit immune cells so that the tumors don’t take.”

“Because these nanoparticles tend to localize in the lungs, they can change the tumor microenvironment there to become more adept at fighting off cancer – not just established tumors, but future tumors as well,” said Eric Chung, a bioengineering Ph.D. student in Steinmetz’s lab who is one of the co-first authors on the paper.

To make the nanoparticles, the researchers grew black-eyed pea plants in the lab, infected them with cowpea mosaic virus, and harvested the virus in the form of ball-shaped nanoparticles. They then attached S100A9-targeting molecules to the surfaces of the particles.

The researchers performed both prevention and treatment studies. In the prevention studies, they first injected the plant virus nanoparticles into the bloodstreams of healthy mice, and then later injected either triple negative breast cancer or melanoma cells in these mice. Treated mice showed a dramatic reduction in the cancers spreading to their lungs compared to untreated mice.

In the treatment studies, the researchers administered the nanoparticles to mice with metastatic tumor in their lungs. These mice exhibited smaller lung tumors and survived longer than untreated mice.

What’s remarkable about these results, the researchers point out, is that they show efficacy against extremely aggressive cancer cell lines. “So any change in survival or lung metastasis is pretty striking,” said Chung. “And the fact that we get the level of prevention that we do is really, really amazing.”

Steinmetz envisions that such a treatment could be especially helpful to patients after they have had a cancerous tumor removed. “It wouldn’t be meant as an injection that’s given to everyone to prevent lung tumors. Rather, it would be given to patients who are at high risk of their tumors growing back as a metastatic disease, which often manifests in the lung. This would offer their lungs protection against cancer metastasis,” she said.

Before the new treatment can reach that stage, the researchers need to do more detailed immunotoxicity and pharmacology studies. Future studies will also explore combining this with other treatments such as chemotherapy, checkpoint drugs or radiation.

Are you looking for a new job in the Biotechnology field so that you can contribute to the Life Sciences as well? Have a look at our vacancy page here!