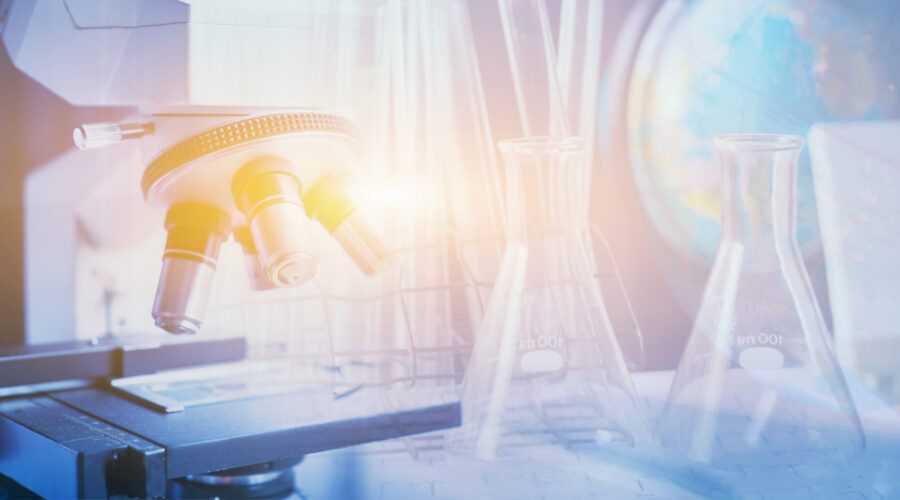 Antimicrobial resistance is on the rise. Worldwide, approximately 700,000 people die from drug-resistant infections each year. According to the World Health Organization (WHO), if nothing is done to prevent it, this number could increase to 10 million deaths by 2050. So why has the situation escalated this much?

However, the widespread use of antimicrobials over the past decades, especially antibiotics, has resulted in resistance in microbes. When antibiotics are used on bacteria, they kill them. This forces the bacteria to evolve in order to survive. As a result, bacteria become resistant to many antibiotics.

Using antibiotics prophylactically can increase the risk of resistance

Moreover, at some point in time, doctors began prescribing antibiotics to vulnerable patients before they were needed, in order to prevent infection. One example is the antibiotic treatment of patients during the current Covid-19 pandemic.

As a virus, SARS-Cov2, which causes Covid-19, cannot be treated with antibiotics. But doctors are administering antibiotics in order to protect ventilated patients with Covid-19 from developing hospital-acquired ventilator-associated pneumonia as well.

In fact, in June, the WHO warned that the overuse of antibiotics for Covid-19 patients could result in more deaths in the long run because of the rising bacterial resistance to medicines. The Covid-19 pandemic and others, such as the ongoing tuberculosis (TB) epidemic, are forcing doctors to rethink the administration of antimicrobial therapies.

“This is a classic conundrum facing doctors,” Trauner explained. “In the past, we have been able to rely on a steady stream of new antibiotics to stay one step ahead of resistance. But this is proving not to be a sustainable solution.”

There are two key reasons for this. Firstly, the discovery and development of new antibiotics have become increasingly challenging over the years; costs are increasing as the most accessible natural products that have traditionally served as a source of antimicrobials have been exploited, or as Trauner puts it, “most low-hanging fruits have been picked”.

Secondly, the development of new antibiotics does not provide the same financial incentives and rewards as other areas in the biopharma industry, such as oncology.

Despite these challenges, however, Basel-based BioVersys has the goal of fighting global antimicrobial resistance by developing drugs against the toughest drug-resistant bacteria. “If antimicrobial infections are a fire that is spreading across the world, we need to make sure we build our fire stations now before it is too late,” Trauner warned.

This company is developing new drugs that overcome antimicrobial resistance

Founded in 2010, BioVersys is in the process of building the necessary ‘fire stations’ needed to fight antimicrobial resistance. The company will soon begin the clinical evaluation for two of its programs: A drug to treat hospital-acquired drug-resistant Acinetobacter baumannii infections, which have proven challenging to tackle in the past; and a drug that is capable of overcoming resistance to and potentiating ethionamide, an established anti-tuberculosis drug.

Drugs that can fight TB are urgently needed as the infection kills approximately 1.5 million people every year. Drug resistance in TB is a growing challenge in many parts of the world, including China, India, and large parts of the former Soviet Union.

In addition, BioVersys is developing two programs in lead optimization: First, a new drug against methicillin-resistant Staphylococcus aureus (MRSA), one of the major causes of death attributed to antimicrobial resistance; and second, a novel mode of action broadband antibiotics.

“Our new drug against MRSA is designed to disarm, not kill the bacterium, preventing it from causing disease,” explained Trauner. “This is a paradigm shift in therapeutic intervention and we believe our efforts will provide valuable weaponry to the global antimicrobial resistance toolkit.”

When BioVersys first started as a spinoff from ETH Zurich, its team was so small that individuals who generated experimental data were also the ones that had an overview of the separate antimicrobial drug projects.

This system worked well for a small team, however, as the company grew and project teams expanded, the need grew for tools that would enable the team to work together and manage and share their data.

Although the team at Bioversys put in place various systems to capture, document, and integrate the collected data in a central database, it needed improvement. “The burden of keeping the database current, for example, fell on one person, and the system relied on a software that required an extended update cycle,” Trauner explained.

The team at BioVersys decided to pilot CDD Vault for their project targeting MRSA. “The main activities on the project are scattered across four countries and multiple sites with the core information flowing between BioVersys in Switzerland and our chemistry team at BioVersys SAS in France,” Trauner said.

Upon starting the project, the team at BioVersys transferred their existing data into the new CDD Vault database. Their top priority was to recapitulate the existing data structures and their relationships and add new ones as the project evolved.

By doing so, they were able to view, side-by-side, data from in vitro potency assays, including full-dose response curves in different bacterial strains; absorption, distribution, metabolism, and excretion parameters; chemical structures; and toxicity.

It was also essential that the database could be updated immediately by multiple people so that the sharing of saved and real-time data became possible.

“We rely on our data management processes and infrastructure to ensure that we capture all of our data, enhance internal communication as well as empower people within the company to draw insights from the collated information,” Trauner mentioned.

“We aim to generate databases that span disciplines in order to make it easier to cross-reference data, find correlations, and draw conclusions that inform the direction of our projects. By doing so it is also easier to identify blind spots and address them before they become an issue.”

One database to share it all, one to unite them

CDD Vault is a hosted biological and chemical database that allows researchers to securely manage private and external data
CDD Vault has the tools to execute these measures. Even non-specialists can explore and understand the data with the help of tools such as curve-fitting for assay data and substructure searching.

“There have been several benefits in shifting to CDD Vault, from outsourcing the technical aspects of running the database to having a robust user interface with a competent technical support team,” Trauner said. “In addition, having access to a panel of in-built tools that allow the first analysis of data to occur directly within the CDD Vault database has been very useful in supporting our project.”

But there is another reason why a data management system that allows the widespread sharing of data is important, Trauner explained to me. As more and more large pharma companies leave the antimicrobial space, smaller biotechs, like BioVersys, are taking over the discovery and development of new antimicrobials.

“It would be almost impossible to develop a new product without the close interaction between the private and public sectors. In that respect, I think the future of antimicrobial development is collaborative,” Trauner said.

The collaborative future of antimicrobial development

In fact, BioVersys is part of a number of collaborations already. Together with the global collaborative drug accelerator Combating Antibiotic-Resistant Bacteria (CARB-X), it is focusing on new products against antimicrobial resistance. Another project is being supported by the Innovative Medicines Initiative from the European Union and done in collaboration with GSK.

BioVersys is also a founding member of the BEAM Alliance, a network of approximately 65 SME biotechs working together to tackle antimicrobial resistance from product development to policy discussions.

CDD is also working in this direction. For over a decade, CDD has been supporting leading neglected infectious disease researchers with the Gates Foundation. Its current focus is on the TB Drug Accelerator involving government, non-profit, and academic researchers with nine large global biopharmaceutical companies securely sharing data together.

CDD has also provided the data infrastructure for a number of other large international consortia in the EU and the US, including the National Institutes of Health (NIH).

But despite these advancements in the field, Trauner sees an urgent need for more market incentives and more engagement from governments worldwide. “We need to ensure that the future business model for antimicrobial resistance is delinked from the volumes sold and can make adequate returns to drug developers and their investors, respecting the societal value of these lifesaving drugs and allowing continued investment into new therapies.”

“With this much going on, it seems that there is much to be gained from sharing resources and potentially even data. I would say that antimicrobial resistance will never cease to be a problem. But I also believe that we have the power to delay the emergence of resistance, a task that will require novel antimicrobial agents coupled with effective rules for governing their use.”

Published by on labiotech.eu September 9, 2020