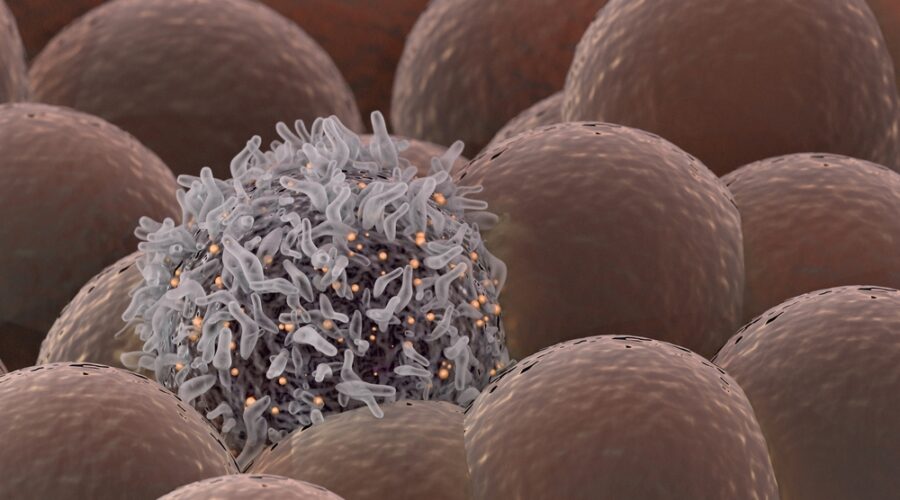 Breast cancer is often plagued by heterogeneity, meaning a single tumor can contain vastly different cell populations—each with its own ability to grow, spread and respond to therapies. That phenomenon often causes drug resistance.

Researchers led by Dartmouth College have uncovered clues to how this heterogeneity arises, as well as a potential method for making breast tumors more responsive to therapy.

The scientists activated a signaling pathway that’s driven by protein kinase A (PKA) in mouse models. That blocked the growth of metastatic, drug-resistant tumor cells, they reported in the journal Developmental Cell.

Targeting PKA with drugs would be challenging, though, because the pathway is involved in many normal processes in the body, raising the risk of unintended side effects. But it may be possible to indirectly activate the pathway in treating breast cancer, noted Dartmouth cancer biologist and co-author Diwakar Pattabiraman, Ph.D., in a statement.

Using single-cell analysis technologies, the team discovered that a protein called Sox4, which is a transcription factor that’s regulated by PKA, promotes tumor growth. They suggested in the study that activating PKA by inhibiting Sox4 “represents a possible adjuvant to chemotherapy for certain breast cancers.”

They added that inhibiting Sox4 could be an “attractive avenue, especially since its expression pattern appears to be confined only to certain tissue types and lacking in others, such as the liver, pancreas, and small intestine.”

Tamping down transcription factors is the focus of much of the research aimed at finding new therapies for metastatic breast cancer. Earlier this year, for example, a Northwestern University team discovered that a BET inhibitor lowers levels of the transcription factor MZF-1 in breast cancer that has spread to the brain, making the tumors more amenable to chemotherapy treatment.

The Dartmouth team is now turning its attention to Sox4. “We plan to study the PKA-Sox4 connection in further detail, specifically to explore the possibility of targeting the transcriptional ability of Sox4,” Pattabiraman said.

Published by fiercebiotech.com on October 30, 2020