India wants to be the ‘pharmacy of the world.’ But first, it must wean itself from China 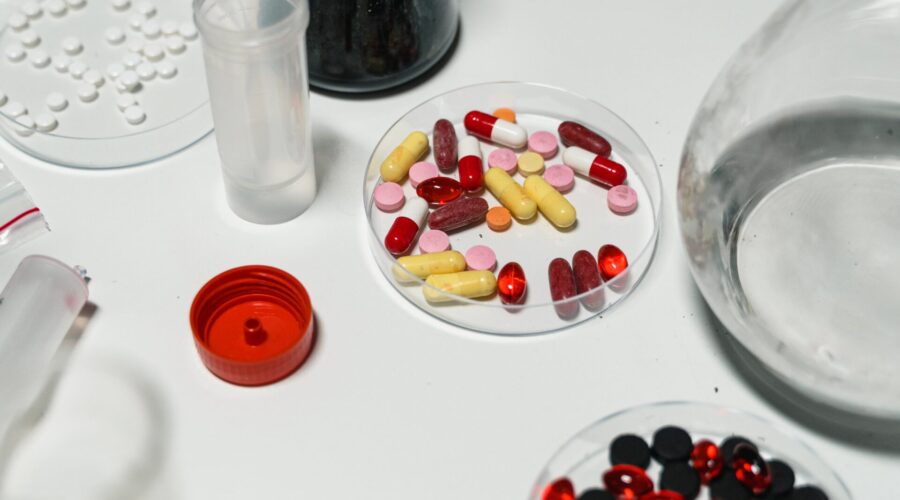 India has embarked on an ambitious plan to cut dependence on China for key raw materials as it seeks to become self-sufficient in its quest to be the “pharmacy of the world.”

Already the world’s third-largest manufacturer of medicines by volume, India has one of the lowest manufacturing costs globally. About one in three pills consumed in the U.S. and one in four in the U.K. are made in India.

However, India’s $42 billion pharmaceutical sector is heavily dependent on China for key active pharmaceutical ingredients or API — chemicals that are responsible for the therapeutic effect of drugs.

According to a government report, India imports about 68% of its APIs from China as it’s a cheaper option than manufacturing them domestically.

However, an estimate by the Trade Promotion Council, a government supported organisation, puts the figure of API dependence on China at about 85%. Another independent study carried out in 2021 points out that while India’s API imports from China are at nearly 70%, its dependence on China for “certain life-saving antibiotics” is around 90%. Some drugs that are highly dependent on Chinese APIs include penicillin, cephalosporins and azithromycin, the report said.

That may be starting to change.

Under a government scheme launched two years ago, 35 APIs began to be produced at 32 plants across India in March. This is expected to reduce dependence on China by up to 35% before the end of the decade, according to an estimate by ratings firm ICRA Limited, the Indian affiliate of Moody’s.

The production linked incentive scheme was first launched in mid-2020, when military tensions with China were at a high. The PLI program aims to incentivize companies across all sectors to boost domestic manufacturing by $520 billion by 2025.

For the pharma sector,  the government has earmarked over $2 billion worth of incentives for both private Indian companies and foreign players to start producing 53 APIs that India  relies heavily on China for.

Some of India’s biggest pharmaceutical companies are involved in the scheme. They include Sun Pharmaceutical Industries, Aurobindo Pharma, Dr. Reddy’s Laboratories, Lupin and Cipla.

A total of 34 products were approved in the first phase of the scheme — and distributed amongst 49 players, according to assistant vice president at ICRA Limited, Deepak Jotwani.

“The first phase will result in reduction in imports from China by about 25-35% by 2029,” Jotwani estimated.

India’s role in the pandemic
The government hopes to drive the pharmaceutical sector — currently valued at roughly $42 billion — up to $65 billion by 2024. Its goal is to double that target to between $120 billion to $130 billion by 2030.

India has also emerged as a key player in worldwide efforts to combat the pandemic.

According to the government, India has supplied over 201 million doses to about 100 countries across Southeast Asia, South America, Europe, Africa and the Middle East as of May 9.

India has been exporting vaccines through both government-funded initiatives and under the Covax platform.

The country had to briefly stop exports in April 2021 when domestic cases surged and it needed more vaccines at home. It resumed exports in October that year.

Significantly, over 80% of the antiretroviral drugs used globally to combat AIDS are also supplied by Indian pharmaceutical firms, according to the government.

India was not always this dependent on China for essential ingredients for its drugs.

In 1991, India imported only 1% of its APIs from China, according to PWC consulting group.

That changed when China ramped up API manufacturing in the 1990s across its 7,000 drug parks with infrastructure such as effluent treatment plants, subsidized power and water. Production costs in China fell sharply and drove Indian companies out of the API market.

Long road to self-sufficiency
It will be a “long time” before local production becomes large enough to satisfy the demand of India’s pharmaceutical producers, senior research fellow at the Institute of South Asian Studies at the National University of Singapore, Amitendu Palit told CNBC.

“Till then, India will need to import APIs substantially from China. Reducing import dependence is important for reducing disruptions in India’s pharma supply chain,” Palit said.

“We will probably do better with low volume, by focusing on niche APIs than with high volume ones,” he said, adding that a lot of other chemical processes in the manufacturing cycle would also have to be moved to India to cut costs in the long run.

Geopolitical considerations were behind the decision to reduce dependence on China, said Pavan Choudary, chairman and secretary general of the Medical Technology Association of India, a non-profit organisation.

“Blind offshoring is now becoming ‘friendshoring,’” Choudary said, explaining “friendshoring″ to mean the outsourcing of business operations to countries that have a similar political system, and with whom there is a “history of peace”.

He also India was reflecting recent attempts by a number of countries to diversify supply chains away from China.

Choudary — an influential voice in shaping policy in the pharmaceutical industry — estimated that apart from APIs, India also imports $1.5 billion of medical equipment from China in imaging technology or machines to perform magnetic resonance imaging and other types of sophisticated scans.

He said reducing dependence on China for medical equipment would take longer than for APIs.

“APIs are dependent on a chemical ecosystem which already exists in India,” he said, adding that there was more “technological complexity” in medical devices.

“It will take a little longer to cut this dependence,” he said.