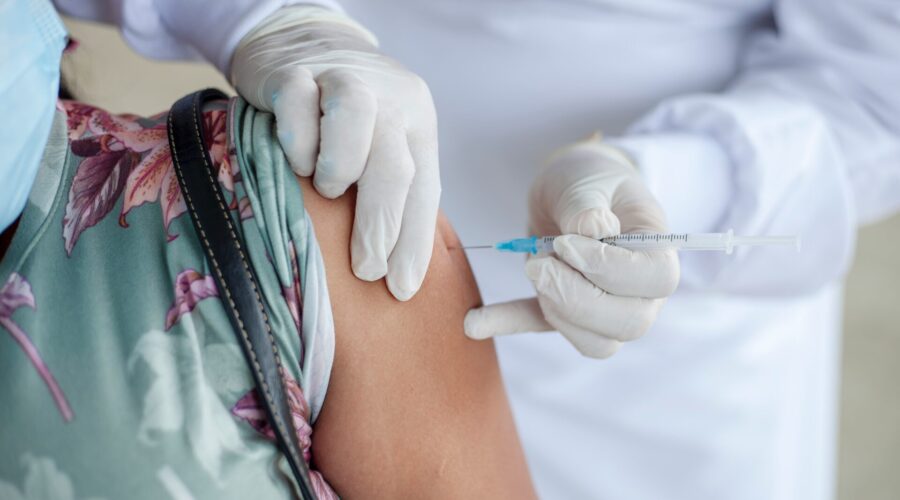 After years in development, the floodgates for RSV vaccines may open up soon, with more and more Big Pharmas piling on data. Now, Johnson & Johnson’s Janssen is adding to the fray, announcing efficacy as high as 80% in preventing severe infections in a mid-stage clinical trial.

Janssen revealed the proof-of-concept data at IDWeek Saturday, showcasing a trial called CYPRESS that featured more than 5,700 people aged 65 years and up randomized to receive the RSV vaccine candidate or placebo. The main goal was the preventing the occurrence of lower respiratory tract disease as a result of RSV infection. A dozen secondary endpoints looked for adverse events, neutralizing antibodies and other outcomes.

Protection from Janssen’s vaccine ranged from 80% in preventing severe lower respiratory tract infection caused to 70% for more mild cases. The study concluded that the vaccine was effective in protecting against RSV-caused infections through the first viral season.

While the CYPRESS data presented at IDWeek are from one RSV season, Macaya Douoguih, Ph.D., head of clinical development and medical affairs in Janssen, said trial participants will be tracked for a second season to see how long the efficacy lasts.

“You never know when you need to boost from the first season so that will hopefully help give us an indication of what’s needed there,” Douoguih said.

Before presenting the data at the conference, Janssen had already announced Sept. 29 that the RSV vaccine would be moved to a phase 3 trial called EVERGREEN on the strength of the phase 2 data. This late-stage trial will have 23,000 participants with an expanded age group of 60 and up. Trial volunteers will be tracked for at least two seasons.

Douoguih added that CYPRESS showed a 13.5-fold increase in antibody titers that occurred 14 days after vaccination, which reflects an immune response. The vaccine was also well tolerated by all participants with no safety signals.

“We think that these results are quite solid,” said Douoguih.

Janssen is also testing the RSV candidate in children. A phase 1 has been completed while two midstage studies are underway.

Janssen’s shot could one day go up against Pfizer’s candidate, which showed 100% efficacy against mild to moderate cases though in people under 50 and in a challenge trial, where study volunteers are purposely infected with the virus and then monitored. The New York-based pharma is yet to provide details on severe cases from that 62-person trial. GlaxoSmithKline and Moderna are also advancing candidates.

GSK has seen a mixed journey in clinic trials, having abandoned its candidate in children back in July. The U.K. pharma is moving ahead with a maternal study to see whether vaccination can protect the mother and child. Pfizer too is investigating its candidate in pregnant women.

Douoguih acknowledged she’s in a crowded market but brushed off the competing data. An RSV vaccine has long been sought, and Douoguih thinks we’re just now beginning to see the strongest candidates emerge after years of early development and trial and error.

“What we’re seeing now is just a reflection of candidates that are looking very promising now coming to the efficacy phase,” she said.

Other companies are testing through this RSV season, and those data will be critical to see who emerges as the leader, according to Douoguih.