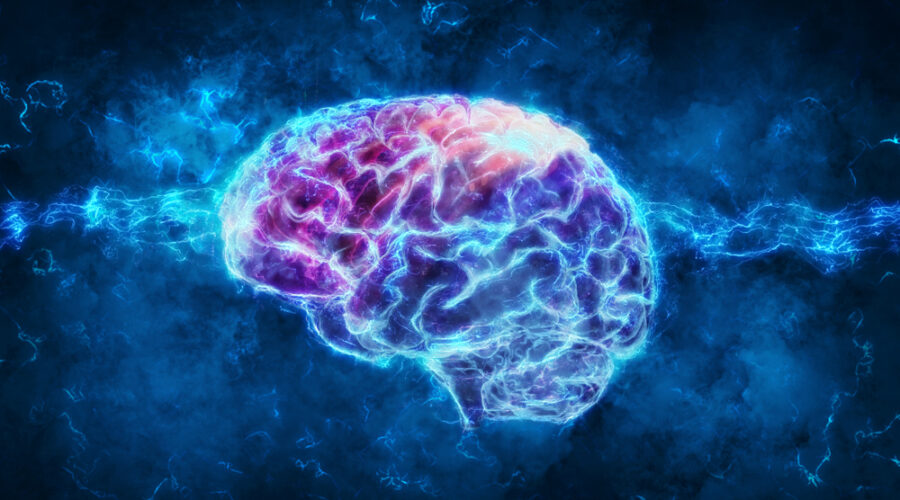 New research led by scientists at Mass Eye and Ear, and Brigham and Women’s Hospital, member hospitals of Mass General Brigham, has revealed the potential mechanism by which the apolipoprotein E4 (APOE4) genetic variant that is associated with Alzheimer’s disease, also plays in protecting against glaucoma, and suggested how drug compounds could potentially be used to treat the disorder.

The scientists demonstrated that the APOE4 gene variant blocks a disease cascade that leads to the destruction of retinal ganglion cells (RGCs) in glaucoma. Additionally, they showed in mouse models of glaucoma that the death of retinal ganglion cells (RGC) can be prevented by using drug compounds to inhibit a molecule called Galectin-3, which is regulated by the APOE gene. The investigators suggest that their combined findings emphasise the critical role of APOE in glaucoma and suggest that Galectin-3 inhibitors could potentially be used for glaucoma therapy.

“Our research provides greater understanding of the genetic pathway that leads to irreversible blindness in glaucoma, and importantly, points to a possible treatment to address the root cause of the vision loss,” said Milica Margeta, MD, PhD, a glaucoma specialist and scientist at Mass Eye and Ear, and assistant professor of ophthalmology at Harvard Medical School. “This study shows that the APOE-mediated disease cascade is clearly harmful in glaucoma, and that when you interfere with it genetically or pharmacologically, you can actually stop the disease.”

Margeta is lead senior author of the team’s published paper in Immunity, which is titled, “Apolipoprotein E4 impairs the response of neurodegenerative retinal microglia and prevents neuronal loss in glaucoma,” in which researchers concluded, “These results demonstrate that impaired activation of APOE4 microglia is protective in glaucoma and that the APOE-Galectin-3 signaling can be targeted to treat this blinding disease.”

Glaucoma, is caused by the progressive loss of retinal ganglion cells, which ultimately results in vision loss. The disorder is a leading cause of blindness, affecting an estimated 80 million people worldwide, the authors wrote. However, little is known about the underlying mechanisms that lead to the loss of retinal ganglion cells, and there is no treatment to directly promote survival of these cells. Current treatments, including drugs, laser therapies and surgeries, are aimed at lowering eye pressure (intraocular pressure; IOP), which represents the only modifiable risk factor for glaucoma. Despite these interventions the disease often progresses and can result in complete blindness. “… the disease often progresses despite repeated medical and surgical interventions to lower the IOP, and there are no clinically approved therapies that directly promote RGC survival,” the team stated.

Scientists have suspected that glaucoma may be the result of a microscopic inflammatory process in the eyes. Previous studies by the Margeta research team and others, showed that this inflammatory process occurs in the optic nerve of glaucoma patients, as indicated by the presence of activated microglia, which are cells that act as first-line immune responders in the eye and brain. Microglia can be beneficial in healthy tissue; however, in eye diseases and neurodegenerative conditions like Alzheimer’s and Parkinson’s disease, microglia can produce toxic molecules, destroy living neurons, and make neighboring cells become inflammatory.

A 2017 study led by research principal investigator, Oleg Butovsky, PhD, in the Department of Neurology at Brigham and Women’s Hospital, found that in neurodegenerative diseases, including Alzheimer’s, amyotrophic lateral sclerosis (ALS), and multiple sclerosis (MS), microglia switch to a microglial neurodegenerative phenotype (MGnD), which is mediated by the APOE gene. “ … we and others have found that in mouse models of AD, amyotrophic lateral sclerosis (ALS), and multiple sclerosis, microglia switch from a homeostatic to microglial neurodegenerative phenotype (MGnD), also known as disease-associated microglia (DAM),” the authors explained. “This switch is controlled by apolipoprotein E (APOE).”

It is well established that the APOE4 variant of this gene is linked to an increased risk for late-onset Alzheimer’s disease, and interestingly, an earlier study led by Margeta found APOE4 is associated with a decreased risk of developing glaucoma. However, the investigators stated in their newly released paper “… why the same allele is deleterious in AD but protective in eye neurodegenerative diseases remains poorly understood.”

The newly reported study sheds light on this mechanism. The scientists used RNA sequencing to provide an unbiased look at which genes were turned on and off in microglia in different mouse models with glaucoma. They identified a disease cascade in which APOE controls the microglial transition from a healthy cell to a toxic neurodegenerative cell by regulating a molecule called Galectin-3.

When researchers attempted to induce glaucoma in a mouse with the APOE4 variant, they found that despite the expected elevated eye pressure, the microglia were unable to turn on this toxic cascade and did not produce Galectin-3, instead remaining in a homeostatic state with preservation of retinal ganglion cells. “Microglia from APOE4 animals remained homeostatic and did not transition to a neurodegenerative phenotype in glaucoma, and RGCs in APOE4 animals did not degenerate despite elevated IOP,” the team noted. “These results may explain why APOE4 is associated with a decreased genetic risk of glaucoma.”

The same findings were observed in mice without APOE. In these animals the toxic signaling cascade was not turned on, Galectin-3 was not produced, and neurons were protected. “Furthermore, these findings suggest that there are important differences between glaucoma and AD in terms of the underlying disease mechanisms, which may lead to opposing outcomes of MGnD microglial activation,” the scientists pointed out.

They separately analysed human eye tissue samples provided by Duke University Medical Center and confirmed that Galectin-3 was increased in the retina of glaucoma patients with the common APOE3 variant but was almost undetectable in patients with APOE4 variant. “Thus, in patients with the APOE4 allele, myeloid cells remain more homeostatic, which may explain the protective effect of this allele in human glaucoma,” the team stated.

“This was a striking finding and led to testing whether a pharmacologic intervention could block Galectin-3, which could potentially treat glaucoma,” pointed out senior study author Butovsky, who is also an associate professor of neurology at Harvard Medical School. To do this, the scientists used galactin-3 inhibitors, which can be derived from natural sources and are currently in clinical trials for the lung disease pulmonary fibrosis. They found that injecting these inhibitors into mice with glaucoma blocked the disease cascade, and protected the retinal ganglion cells despite elevated eye pressure.

“In summary, we have demonstrated here a critical role for APOE-Galectin-3 signaling in microglia in glaucoma and have shown that this signaling cascade can be targeted to develop neuroprotective treatments for this common blinding disorder,” the scientists concluded. “In addition, our findings, demonstrating that APOE4 impairs the response of neurodegenerative microglia, have important mechanistic and therapeutic implications for other CNS neurodegenerations, including AD.”

Butovsky added, “Our findings provide an explanation as to why APOE4 is associated with a decreased risk of glaucoma and show that the APOE signaling pathway is a promising target for neuroprotective treatments for this blinding disease. However, why the same allele is deleterious in Alzheimer’s disease but protective in eye neurodegenerative diseases has yet to be addressed.”

The study is claimed to be the first to examine the role of Galectin-3 in the development of glaucoma and to show the value of inhibiting this molecule in order to prevent retinal ganglion cell death. Future studies by the research team will look more closely at Galectin-3 inhibitors as treatments for glaucoma, testing them in additional animal models as well as looking at more minimally invasive approaches of inhibitor delivery, such as oral administration or in a slow-release gel.

Ongoing studies are also examining eye fluid and serum samples collected from patients during glaucoma surgery to better understand the patient population in which Galectin-3 inhibition would be a potential therapeutic approach. For example, if Galectin-3 is found to be elevated in the biofluids of a patient, it could suggest that he/she could be a candidate for treatment with the inhibitor medication. Such studies might pave the way to translate this research into human clinical trials, the authors suggest.

The Butovsky lab is in addition conducting research examining the APOE microglial cascade and the role of APOE4 variant in microglial regulation in Alzheimer’s disease.