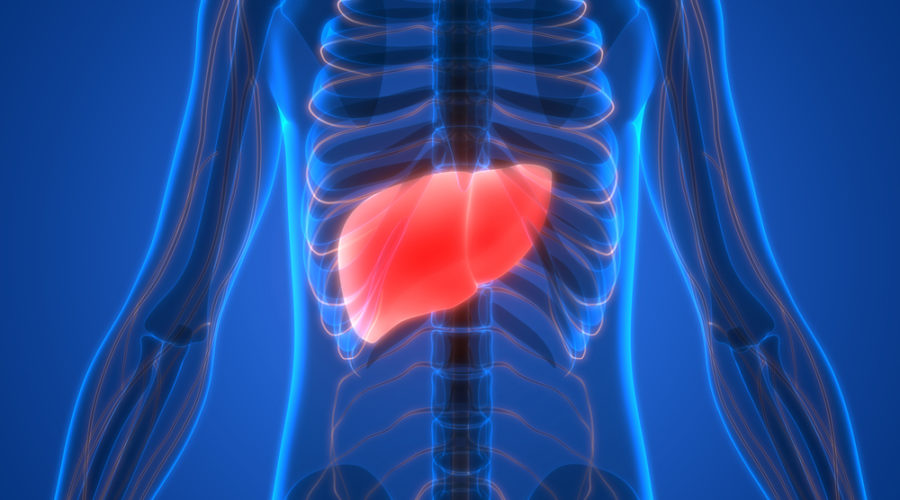 The disease nonalcoholic steatohepatitis (NASH) is a common cause of liver damage, making it among the most sought-after targets in drug discovery. A research team led by the Translational Genomics Research Institute (TGen) hope a new discovery of a gene that drives the disease will accelerate the search for cures.

The team found that increased activity of the gene AEBP1 is associated with severe liver fibrosis in NASH patients. AEBP1 regulates the expression of at least nine other genes that have been previously tied to fibrosis, the researchers reported in the study, published in the journal PLoS One.

TGen, which is an affiliate of the City of Hope, worked with scientists at Temple University and the Geisinger Obesity Institute to study gene expression in samples taken from NASH patients with severe liver fibrosis. They found that AEBP1 expression was ramped up during the activation of the liver’s “stellate” cells, which play a major role in fibrosis.

The researchers also discovered that some obesity-related forces seen commonly in patients with nonalcoholic fatty liver disease can increase AEBP1 expression. They include sugar and palmitate, which is a fatty acid that’s abundant in processed foods.

In fact, when they exposed human liver cells to fructose in the lab, AEBP1 expression doubled. And when they combined fructose with palmitate, it went up by 56-fold, they reported.

Prospective NASH treatments have drummed up major investor interest of late. In July, Boehringer Ingelheim licensed an investigational NASH treatment from Yuhan in a deal that was worth $40 million up front and up to $830 million in potential milestone payments. The drug targets GLP-1 and the liver hormone FGF21. NGM Biopharmaceuticals is working with Merck on a drug that activatesthe β-Klotho/FGFR1c receptor complex.

But there have been plenty of flops in the NASH arena, too. In March, Conatus Pharmaceuticals said its Novartis-partnered prospect, emricasan, failed to stack up to a placebo in a phase 2b trial. A month later, Gilead said its NASH candidate, selonsertib, performed poorly in a phase 3 trial in NASH patients with advanced fibrosis.

“Given the strong link between fibrosis and risk of liver-related mortality, efforts to identify and characterize the specific mechanisms contributing to [fatty liver disease] progression are critical for the development of effective therapeutic and preventative strategies,” said Johanna DiStefano, Ph.D., head of the Diabetes and Fibrotic Disease Unit at TGen, in a statement.

Because AEBP1 is associated with the onset of severe liver fibrosis in NASH, it may be a good target for drugs aimed at prevention, added the study’s lead author, Glenn Gerhard, M.D., chair of medical genetics and molecular biochemistry at the Lewis Katz School of Medicine at Temple University.

Published by Fiercebiotech.com on July 19, 2019
Image by Shutterstock
Interested in working in the biotech industry? See our vacancies