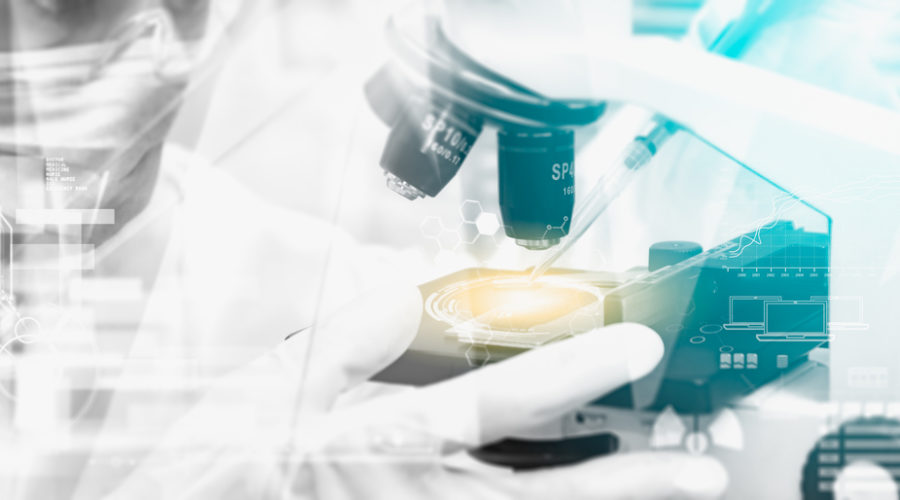 A new drug discovered through a research collaboration between the University at Buffalo and Tetra Therapeutics may protect against memory loss, nerve damage and other symptoms of Alzheimer’s disease. Preclinical research found that the drug – called BPN14770 – deters the effects of amyloid beta, a hallmark protein of Alzheimer’s that is toxic to nerve cells. Recent studies find Alzheimer’s may develop without dementia in nearly 25% of healthy 80-year-old patients, suggesting the body may turn to compensatory mechanisms to maintain the nervous system.

BPN14770, under development by Tetra Therapeutics, could help activate these mechanisms that support nerve health and prevent dementia, even with the progression of Alzheimer’s.

“Such observations imply that Alzheimer’s pathology can be tolerated by the brain to some extent due to compensatory mechanisms operating at the cellular and synaptic levels,” said Ying Xu, MD, PhD, co-lead investigator and research associate professor in the UB School of Pharmacy and Pharmaceutical Sciences.

“Our new research suggests that BPN14770 may be capable of activating multiple biological mechanisms that protect the brain from memory deficits, neuronal damage and biochemical impairments.”

The study, published on Sept. 5 in the Journal of Pharmacology and Experimental Therapeutics, was also led by James M. O’Donnell, PhD, dean and professor of the UB School of Pharmacy and Pharmaceutical Sciences. Mark E. Gurney, PhD, chairman and chief executive officer of Tetra Therapeutics, based in Grand Rapids, Michigan, collaborated on the research.

Guarding memory against toxic proteins
The research, conducted in mice, discovered that BPN14770 inhibits the activity of phosphodiesterase?4D (PDE4D), an enzyme that plays a key role in memory formation, learning, neuroinflammation and traumatic brain injury.PDE4D lowers cyclic adenosine monophosphate (cAMP) – a messenger molecule that signals physiological changes such as cell division, change, migration and death – in the body, leading to physical alterations in the brain.

cAMP has numerous beneficial functions, including improved memory. By inhibiting PDE4D, BPN14770 increases cAMP signaling in the brain, which ultimately protects against the toxic effects of amyloid beta.

“The role of PDE4D in modulating brain pathways involved in memory formation and cognition, and the ability of our PDE4D inhibitor to selectively enhance this process, has been well studied,” said Gurney. “We are very excited by our colleagues’ findings, which now suggest a second protective mechanism of action for BPN14770 against the progressive neurological damage associated with Alzheimer’s disease.”

“Developing effective drugs for memory deficits associated with Alzheimer’s disease has been challenging,” said O’Donnell. “BPN14770 works by a novel mechanism to increase cyclic AMP signaling in the brain, which has been shown to improve memory. The collaborative project has led to clinical trials that will begin to test its effectiveness.”

Tetra Therapeutics is conducting Phase 2 clinical trials of BPN14770 in patients with early Alzheimer’s and adults with Fragile X syndrome, a genetic disorder that causes intellectual and developmental disabilities.

Results of previous Phase 1 studies in healthy elderly volunteers suggest the drug benefits working, or immediate, memory. Animal studies found that BPN14770 has the potential to promote the maturation of connections between neurons, which are impaired in patients with Fragile X syndrome, as well as protect these connections, which are lost in patients with Alzheimer’s.

“There has been enormous interest in our ongoing Phase 2 trial of BPN14770 in 255 patients with early Alzheimer’s, and we are hopeful this study will show an impact of PDE4D modulation in this disease. Topline results are expected mid-2020,” said Gurney.

Published by Worldpharmanews.com on August 29, 2019
Image from Shutterstock