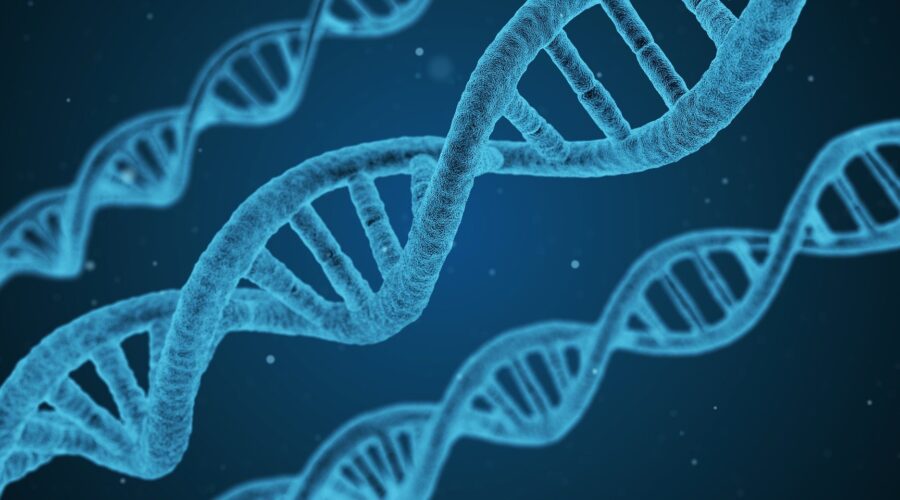 Researchers at the Broad Institute of MIT and Harvard have developed a new version of prime editing that can install or swap out gene-sized DNA sequences. First developed in 2019, prime editing is a precise method of making a wide diversity of gene edits in human cells, including small substitutions, insertions, and deletions.

In a study published today in Nature Biotechnology, the team describes twin prime editing (twinPE), a technique that makes two adjacent prime edits to introduce larger sequences of DNA at specific locations in the genome with few unwanted byproducts. With further development, the technology could potentially be used as a new form of gene therapy to insert therapeutic genes in a safe and highly targeted manner to replace mutated or missing genes.

The researchers demonstrated the therapeutic potential of twinPE by editing, in human cells, a gene linked to Hunter syndrome, a rare genetic disorder. This disease is caused by an inversion of a specific 40,000 base pair long stretch of DNA. The team used twinPE to introduce an inversion of a similar length at the same site in the genome, showing how the method could be used to correct the disease-causing mutation. The team also used twin PE to precisely insert gene-sized DNA cargo of thousands of base pairs into therapeutically relevant sites in the genome.

The approach addresses a limitation of the original prime editing system, which can edit only several dozen base pairs. However, the study or treatment of some genetic diseases could require larger edits. Like the original prime editing method, twinPE also does not completely sever the DNA double helix by cutting both strands simultaneously at the same location, which can induce poorly controlled editing outcomes and harmful chromosomal abnormalities.

“Inserting a healthy gene in a patient at a site of our choosing without generating double-strand breaks and mixtures of byproducts has been one of the longstanding challenges in gene editing,” said David Liu, senior author of the study, Richard Merkin Professor and director of the Merkin Institute of Transformative Technologies in Healthcare at the Broad Institute, professor at Harvard University, and a Howard Hughes Medical Institute investigator.

“TwinPE could be a potentially safer and more precise way to insert whole genes of therapeutic interest into positions we specify, such as the location of the native gene in healthy individuals or ‘safe harbor’ sites thought to minimize the risk of side-effects.”

Twin prime editing fills this gap. The system uses a prime editor protein and two prime editing guide RNAs, which guide the editing machinery and encode the edits. Each of the two guide RNAs direct the editing protein to make a single-stranded nick in the DNA at different targeted sites in the genome, avoiding the kind of double-strand break that creates unwanted byproducts in other methods. The system then synthesizes two new complementary DNA strands containing the desired sequence in between the two nicks. Using this approach, the team was able to insert, substitute, or delete sequences up to about 800 base pairs long.

To edit even larger sequences, the researchers used their twin prime editing system to install “landing sites” in the genome for enzymes called site-specific recombinases, which catalyze the integration of DNA at specific sites in the genome. The team then treated the cells with a recombinase enzyme and introduced the long pieces of DNA they wanted to insert into the genome. Combining twinPE and recombinase enzymes allowed the scientists to edit sequences thousands of base pairs long—the length of entire genes.

Liu and his team are now testing different recombinases that might make twinPE more efficient. They are also assessing twinPE’s ability to install even longer genetic sequences.