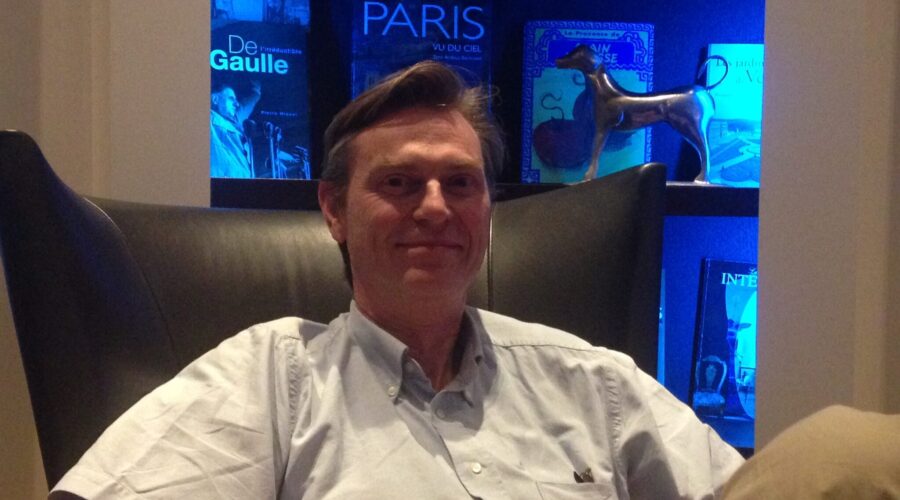 What is your experience with respect to differences in culture ?

Although at some time I had clients in USA and Japan, most of my CRO Business Development (BD) years were practically all over Europe. In my experience, the most striking difference was in responsiveness. When you call someone in a German company, for instance, the odds are that a response follows on rather short notice. When you do the same with, for example, Italians, it is likely that no response follows or perhaps many days later. On the other hand, when you actually meet the Germans face-to-face, they often remain rather formal, whereas the Italians often appear to be very friendly and they try to make you feel comfortable. I have even received presents from the Italian clients and they wanted to know everything about Amsterdam. Another difference is that Northern Europeans tend to decide faster on a deal, whereas Southern Europeans need more personal visits in order to make such business decisions. In my experience, Eastern Europeans are somewhere in between, but behave a bit more like Southern Europeans. A more detailed description of differences in business culture in Northern, Southern- and Eastern Europe, as well as in USA, Japan and India, will follow below.

During my first job in the pharmaceutical industry, I was sent to the company’s subsidiary in Paris. The general manager and the controller were Dutch; all others were French. That is why I got an interesting insight into business culture in France. French business culture is top-down and the highest in rank generally takes decisions. And I remember that once the Dutch general manager of this French subsidiary had the idea to send Dutch (!) cakes to French opinion-leading endocrinologists for Christmas. The sales manager who was managing the team of hospital representatives (REPs) was appalled by such a ‘stupid’ idea but did not dare tell the general manager. So he ordered his team to call all these endocrinologists to reassure them that they would also receive their bottle of champagne, as they were used to receive every year.

In France it is not uncommon for business meetings to start some 15 minutes later and excuses (e.g. about traffic challenges) are excepted. Having a business lunch is common; the French adore their ‘cuisine’ and this lunch tends to be a warm meal, most probably with wine. Many years ago these lunches could last several hours but over time I have seen them getting shorter. French business lunches are rather about getting to know each other better and to establish business relationships and not so much about discussing business.

There are many ‘unwritten rules’ in France which are obviously difficult to perceive for a foreigner and even the official rules are often interpreted in a somewhat ‘creative’ manner. For instance, when I wanted to get my truck-driver’s license in France, I did not comply with the rules: my apartment was in Paris, but I was not yet registered as an official inhabitant in France. Moreover, I wanted to pass the exams in Louviers, west of Paris in the ‘countryside’. Although my situation was not covered by any ‘rule’, I was allowed to do it anyway and fortunately I passed. I doubt this would have been possible this way in The Netherlands!

The French are also considered to be ‘multi-taskers’, working on several ‘projects’ at the same time and focusing on the process rather than on the end-result. This is less the case in Japan, the Anglo-Saxon- and the Nordic countries. Only separated by some 30 kilometers of water, the French have quite a different business culture from the British. To a large extent this can be explained by the general cultural differences between Catholicism and Protestantism, which actually play an important role in Europe as a whole.

Since English is the dominant language in scientific language, the French scientists of course can read English. However, because the ‘music’ of their respective languages is so different,  the French often have a hard time to make their English sound like real English and for the English it is exactly the other way round. As a result, both often do not feel at ease speaking each other’s language and obviously rather stick to their native language.

In the Northern European countries, especially in Scandinavia, business culture is not top-down, but based on consensus instead. Everybody’s word counts. Scandinavians reach consensus with the help of analysis and investigations, to be able to decide on facts. If no consensus can be reached, then additional analysis and investigations will ultimately lead to a decision. Obviously this process takes more time, but the upside is that all people involved in the process stick to the decision and indeed execute the agreed tasks without hidden obstructions. Yes is a Yes and not a hidden No.

At a very young age Scandinavian children are taught to be independent and have their own opinions. This is part of their general Lutheran and atheist tradition. Scandinavians feel they should take their fates into their own hands instead of trusting some Higher Power. This is why Scandinavians enjoy ‘freedom’ with a high degree of ‘natural’ responsibility. Living in rich and socialist countries, Scandinavians tend to think in terms of equality, ‘political correctness’ and one had better not stick out in the crowd. Thinking in nuances prevails over black-and-white thinking and bragging is much disliked as well as direct conflict. Scandinavian countries are also known for being examples for other countries when it comes to acknowledging the importance and realisation of leisure time and creating healthy and modern workplaces, including ergonomically very advanced factories. Obviously, all these more general cultural aspects also perspire into Scandinavian business culture.

I’d like to add an example of typical Scandinavian independent thinking and (self-)responsibility: already decades ago Scandinavian carmakers designed very sturdy cars – almost looking like battle tanks – with a protective steel cage and (big) safety-lights everywhere. However, car makers in Southern Europe kept on manufacturing their stylish but rust-prone iron ‘coffins-on-wheels’ with their almost invisible and therefore hardly functional lights. Only when Safety became the new standard in car-making,  the carmakers in Southern Europe started to copy the Scandinavian trendsetting ‘live-saving’ cars. This example perfectly shows the very different views on ‘taking one’s fate into one’s own hands’.

Eastern European countries are diverse and their languages differ considerably, but they also show quite a few similarities. They share a common history because after the end of World War II they all were part of the Soviet Union until its collapse around 1989. It is advised to be cautious, however, to mention this past, since people would rather forget about these dark decades in their recent history. Religion is another topic better to be avoided in countries such as Poland, which is very catholic,  or in Romania and Bulgaria which are orthodox. In these countries the church plays a dominant role in society.

A rare positive aspect of the former decades of communism, however, is that Eastern Europe has a relative highly educated and skilled workforce which tends to speak English quite well, yet their wages are still low by Western European standards. In most Eastern European countries, the companies are hierarchically structured. This is especially the case in Poland, but less so in the Czech Republic, for instance. Although most Eastern Europeans are family-oriented and prefer traditional gender roles, the work participation of women is rather high. Top positions are nevertheless still reserved for men.

Punctuality is important in all Eastern European countries and the dress code is conservative. Titles are important and should be acknowledged since the people are usually quite status-conscious. The goal of the first face-to-face meeting is getting to know each other better rather than for business, so two or more meetings are needed before a contract can be signed. Bringing a present with you is appreciated and when you are offered a business meal – which most probably will not be ‘light’ – and your host insists on paying for it, make sure you accept it.

Because of their past, Eastern Europeans tend to have a relatively low level of trust in political systems, institutions and in society in general as a matter of fact. Therefore, a potential business partner also needs to have patience and show perseverance to win trust.  Whenever this trust finally has been established, Eastern European companies proof to be loyal business partners.

Talking about Hungarians: it is sometimes said that they like to mix business with pleasure. An example is something I once experienced myself: I was visiting a company in Hungary with a colleague and at the end of the visit the client and my colleague started to talk about what happened to be a common hobby: horse-riding. So the (female) client – who suddenly got very enthusiastic, because she was now talking about her favorite leisure activity – spontaneously invited us to join her for horse-riding the next day. Since horse-riding is not really my ‘cup of tea’, she suggested I should have a cup of coffee with her daughter at the riding-school instead while she went horse-riding with my colleague. And so it happened that I found myself in good company, watching my colleague making rounds below in the sand and giving sugar-lumps to ‘her’ horse, while I was giving mine to the daughter, because I drink my coffee sugar-free.

I’d like to end this part about cultural (business) differences in Europe with another anecdote. Since I speak several European languages, I like to speak with taxi-drivers so I can ‘train’ my language-skills a bit and at the same time may hear interesting local things. I often start with trivial questions such as: “How many people live in this city ?”. After so many years I must have had hundreds of those conversations, but only a handful still resonate with me. One of those happened to be during the taxi-ride from Copenhagen to the airport. Like almost all taxi-drivers in Denmark this one was not a native Dane and he spoke English very well. He came from the Middle-East. At some point we were discussing cultural diversity and he said: “well you Dutch have to be careful not to ‘slip away’ towards France, but instead rather make an effort to migrate back towards us (!), the Danes”, when you still can. Surprised as I was to hear this remark from someone from the Middle-East, it took a bit of time before I said: “Ah, OK, but can you explain further?”. In his good English he substantiated his statement with striking details only a person who has actually been in all three countries could know. Some two hours later I was going 800 kilometres per hour in the allegedly ‘wrong’ direction, contemplating some very interesting European cultural differences.

Thank you Peter-Jan for sharing your insights and experience on this topic within the pharmaceutical industry! The second part of this third blog is about the cultural differences in Asia and USA. Stay tuned for the second part!