Pfizer plans to farm out manufacturing for some drugs 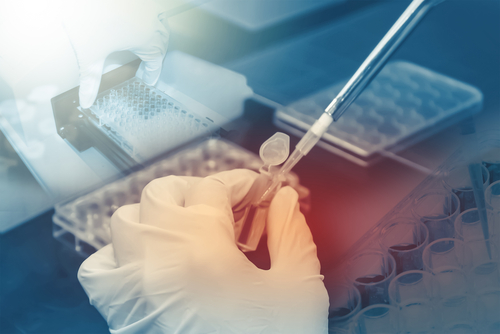 Pfizer has dedicated enormous resources to churning out hundreds of millions of doses of a possible COVID-19 vaccine. But that massive effort requires a trade-off: Pfizer will have a hard time meeting production goals for its existing meds and will look to its contractor network to help keep up.

Pfizer plans to outsource production of some of its drug portfolio to make way for a rapidly growing vaccine manufacturing effort, the company said Monday. The drugmaker will lean on its 200-strong network of contractors as part of a plan to “build a robust U.S.-based supply chain as well as one based in Europe,” a Pfizer spokesperson said.

Pfizer said it came to the outsourcing decision after determining that its COVID-19 shot rollout would heavily tax its ability to meet production goals, including its current 1.5 billion doses of sterile meds each year.  “We determined that producing the volume of doses that we have committed to, in addition to our existing medicines and vaccines, will make significant demands on our network,” the spokesperson said.

In parallel with its outsourcing push, Pfizer is also working to build up inventory for its drugs before manufacturing of the potential vaccine launches at scale. Last week, Pfizer designated three U.S. sites and a fourth in Belgium for its planned COVID-19 mRNA shot rollout, if the vaccine churns out promising data and passes regulatory scrutiny in the coming months.

Pfizer plans to draw on sites in Kalamazoo, Michigan, and Andover, Massachusetts, as well as St. Louis for the early stages of its vaccine ramp-up. The company is in human testing with four candidates alongside partner BioNTech, which will supply doses for clinical testing. The company plans raw material manufacturing in St. Louis and drug substance manufacturing in Andover. The Kalamazoo site is slated to handle formulation and filling.

Aside from Pfizer’s U.S. sites, the drugmaker has identified a plant in Puurs, Belgium, as a manufacturing center. The company plans to select other sites as well. For its part, BioNTech intends to add capacity at two of its facilities in Germany. Pfizer believes it can deliver millions of doses by the end of 2020 and then deliver hundreds of millions in 2021.

Pfizer is among a growing group of drugmakers rapidly expanding manufacturing capacity for their own potential COVID-19 vaccines. Earlier this month, Moderna and Lonza struck a deal to flesh out manufacturing suites at two Lonza facilities to boost production of Moderna’s mRNA vaccine candidate, dubbed mRNA-1273, which just won FDA approval to enter phase 2 human trials. Moderna said the Lonza tie-up could help it produce 1 billion shots a year if its candidate is approved.

Johnson & Johnson, meanwhile, struck multiple manufacturing deals to hit its own billion-dose goal, including with Emergent BioSolutions and Catalent. AstraZeneca, in parallel, has signed on to produce and distribute vaccines for the University of Oxford’s promising program, which is speeding ahead.

Published by Fiercepharma.com on May 11, 2020
Image from Shutterstock