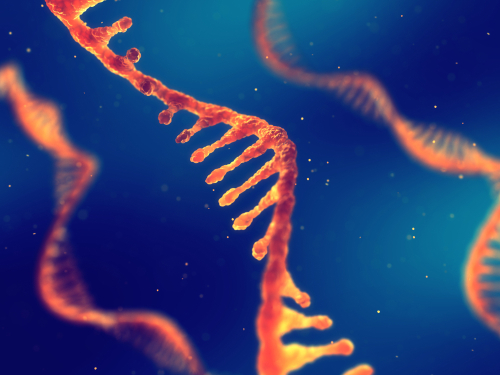 Scientists have created a newly engineered variant of the famed gene editing tool CRISPR-Cas9. SpRY removes the barriers of what can and can’t be targeted for gene editing, making it possible for the first time to target nearly any genomic sequence in plants for potential mutation.

Alongside Dennis vanEngelsdorp, associate professor at the University of Maryland (UMD) in Entomology named for the fifth year in a row for his work in honey bee and pollinator health, Yiping Qi, associate professor in Plant Science, represented the College of Agriculture & Natural Resources on the Web of Science 2020 list of Highly Cited Researchers for the first time. This list includes influential scientists based on the impact of their academic publications over the course of the year. In addition to this honor, Qi is already making waves in 2021 with a new high-profile publication in Nature Plants introducing SpRY, a newly engineered variant of the famed gene editing tool CRISPR-Cas9. SpRY essentially removes the barriers of what can and can’t be targeted for gene editing, making it possible for the first time to target nearly any genomic sequence in plants for potential mutation. As the preeminent innovator in the field, this discovery is the latest of Qi’s in a long string of influential tools for genome editing in plants.

“It is an honor, an encouragement, and a recognition of my contribution to the science community,” says Qi of his distinction as a 2020 Web of Science Highly Cited Researcher. “But we are not just making contributions to the academic literature. In my lab, we are constantly pushing new tools for improved gene editing out to scientists to make an impact.”

With SpRY, Qi is especially excited for the limitless possibilities it opens up for genome editing in plants and crops. “We have largely overcome the major bottleneck in plant genome editing, which is the targeting scope restrictions associated with CRISPR-Cas9. With this new toolbox, we pretty much removed this restriction, and we can target almost anywhere in the plant genome.”

The original CRISPR-Cas9 tool that kicked off the gene editing craze was tied to targeting a specific short sequence of DNA known as a PAM sequence. The short sequence is what the CRISPR systems typically use to identify where to make their molecular cuts in DNA. However, the new SpRY variant introduced by Qi can move beyond these traditional PAM sequences in ways that was never possible before.

“This unleashes the full potential of CRISPR-Cas9 genome editing for plant genetics and crop improvement,” says an excited Qi. “Researchers will now be able to edit anywhere within their favorable genes, without questioning whether the sites are editable or not. The new tools make genome editing more powerful, more accessible, and more versatile so that many of the editing outcomes which were previously hard to achieve can now be all realized.”

According to Qi, this will have a major impact on translational research in the gene editing field, as well as on crop breeding as a whole. “This new CRISPR-Cas9 technology will play an important role in food security, nutrition, and safety. CRISPR tools are already widely used for introducing tailored mutations into crops for enhanced yield, nutrition, biotic and abiotic stress resistance, and more. With this new tool in the toolbox, we can speed up evolution and the agricultural revolution. I expect many plant biologists and breeders will use the toolbox in different crops. The list of potential applications of this new toolbox is endless.”