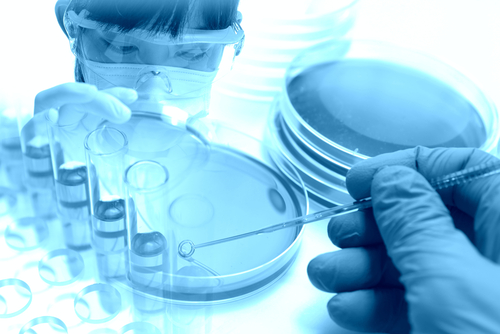 Patients with high cholesterol from a rare genetic disorder struggle to keep their cholesterol levels in check, despite taking multiple lipid-busting drugs such as statins and PCSK9 inhibitors. A new drug from Regeneron may change that—even for the most difficult-to-treat patients.

Regeneron revealed last summer that its latest cholesterol fighter, evinacumab, cut “bad” cholesterol in half for patients with homozygous familial hypercholesterolemia (HoFH), which is marked by very high levels of LDL, or “bad,” cholesterol. Now, in full results presented virtually at the annual meeting of the American College of Cardiology (ACC), together with the World Congress of Cardiology, the drug did even better in a group of particularly hard to treat patients.

The phase 3 study tested evinacumab against placebo in 65 patients with HoFH who struggled to keep their cholesterol levels in check despite taking multiple cholesterol-busting medicines. People with HoFH are often diagnosed in childhood and adolescence and develop heart disease at a very young age—typically before they turn 20.

About three-quarters of the patients took at least three different drugs: a statin, a PCSK9 inhibitor—Amgen’s Repatha or Regeneron’s own Praluent—and ezetimibe, a drug often prescribed with statins. One-third of the patients had to undergo a procedure similar to dialysis that manually removes cholesterol from the blood.

Patients taking evinacumab alongside their usual lipid-lowering meds saw their “bad” cholesterol levels drop 49% from baseline compared to the placebo group: patients taking their regular drugs alone. Of the 65 patients, 21 (one-third) had the most severe form of HoFH, which often does not respond to other treatments. Patients in this group who received evinacumab saw their “bad” cholesterol levels fall 47.1%, while the hard-to-treat patients who got placebo saw their cholesterol increase 16.2%—that’s an average relative reduction of 59.6% for evinacumab.

Nearly half of patients taking evinacumab saw their “bad” cholesterol dive to below 100 mg/dL, the level recommended by the Centers for Disease Control and Prevention.

“For the first time, we were able to get these patients with HoFH to remarkably normal LDL cholesterol levels,” said Frederick Raal, Ph.D., head of the Division of Endocrinology and Metabolism at the University of Witwatersrand, Johannesburg, South Africa, and lead author of the Phase 3 trial, in a statement. “It’s the most potent cholesterol-lowering drug we’ve seen for this very difficult-to-treat group of patients.” “This is a promising add-on therapy for individuals with homozygous FH that addresses the unmet need to further lower LDL cholesterol in these patients,” Raal added.

If approved, evicanumab could sit right next to Sanofi-partnered Praluent in Regeneron’s cardiovascular arsenal. While Praluent blocks PCSK9, evicanumab binds to angiopoietin-like protein 3 (ANGPTL-3), which inhibits an enzyme that breaks down triglycerides and other lipids. Targeting triglycerides can reduce inflammation of the pancreas as well as lower the risk of heart diseases such as atherosclerosis. Evicanumab’s ability to tackle both LDL cholesterol and triglycerides could boost its uptake—though, like PCSK9 inhibitors, it will have to compete with medicines that are already very cheap.

Published by Fiercebiotech.com on March 30, 2020
Image from Shutterstock