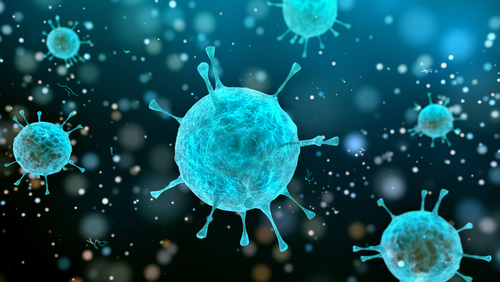 Building on a track record of developing adeno-associated viral (AAV) vector as a groundbreaking clinical tool for gene therapy and gene editing, Children’s Hospital of Philadelphia (CHOP) researchers report a more sensitive method for capturing the footprint of AAV vectors — a broad range of sites where the vectors transfer genetic material.

By capturing the full range of gene expression patterns caused by AAV vectors, the technique is expected to significantly advance the already rapidly developing field of gene therapy. The innovative results appeared today in the journal Nature Communications.

AAV vectors are bioengineered tools that use a harmless virus to transport modified genetic material safely into tissues and cells impacted by otherwise difficult-to-treat conditions. These vectors deliver their “genetic cargo” into tissues, after which the modified genes will create new instructions for those tissues and help treat disease. Vector technology that was pioneered at CHOP led to the development of the first FDA-approved gene therapies, including Kymriah for B-cell acute lymphoblastic leukemia and Luxturna for inherited retinal disease.

For safe and effective application of these vectors, researchers must have a complete picture of where the virus delivers its genetic cargo in the body. Conventional methods to define gene transfer rely on fluorescent reporter genes that glow under a microscope, highlighting cells that take up and express the delivered genetic material. However, these methods reveal only cells with stable, high levels of the cargo. The new technology described in this study allows researchers to better detect where the cargo is expressed, even if it is expressed at extremely low levels, or only for a very short time.

“Conventional screening methods miss transient or very low levels of expression from AAV viral vectors,” said study leader Beverly L. Davidson, PhD, Chief Scientific Strategy Officer at CHOP and Director of the Raymond G. Perelman Center for Cellular and Molecular Therapeutics. “What this study shows is that AAV vectors lead to gene transfer in many more places than we and other groups initially realized.”

Gaining a complete picture of the reach of this genetic cargo is particularly relevant following the discovery of the CRISPR/Cas9 system, which has revolutionized genome editing — removing, adding or altering sections of DNA — and opens the door to a new degree of precision medicine. CRISPR/Cas9 gene editing machinery, when expressed in cells even for a short time or at low levels, permits targeted DNA editing.

Many groups are seeking to use AAV vectors to deliver CRISPR/Cas9 due to its track record as a safe vehicle for gene transfer. Due to methodological limitations, many sites of low-level gene transfer have been missed. Combining AAV with gene editing machinery requires a more sensitive method for safe and effective applications.

To address this crucial gap in knowledge, Davidson and her lab developed a new AAV screening method that uses sensitive editing-reporter transgenic mice that are marked even with a short burst of expression or very low expression. In side-by-side comparisons with conventional screening methods, the new method radically redefines the true extent of AAV-mediated gene transfer.

According to the authors, this novel screening method will help improve the safety of AAV-gene editing approaches because it better defines sites where the vector expresses the modified gene. Importantly, because high and stable expression levels are not required for effective editing, dose levels that would not be ideal for more stable expression might work very well for genome editing. Additionally, this method expands the utility of the AAV platform by revealing new, never-before-described sites of gene transfer. It also offers an opportunity to better understand the basic biology of AAV vectors and what is required for them to effectively deliver their genetic payload.

Published by Sciencedaily.com on July 30, 2019
Image by Shutterstock