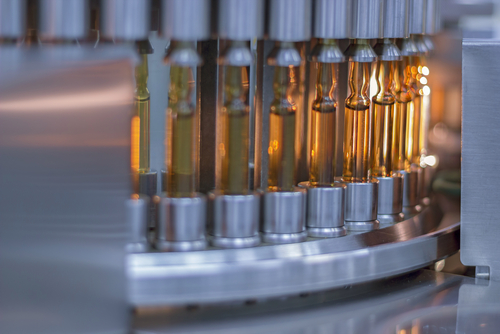 Sanofi on Tuesday announced plans to build a vaccine manufacturing site and a separate research center in its home country of France, projects that will cost close to $700 million. The Sanofi’s investment comes as and dozens of other drug companies race to find a vaccine for the new coronavirus.

The French pharma, one of the four largest vaccine makers in the world, partnered with fellow vaccine giant GlaxoSmithKline as well as Massachusetts-based Translate Bio to develop different kinds of vaccines for the virus.

Sanofi said the new manufacturing and research sites will help respond to future pandemic risks. The company noted that it’s able to make these investments because of the recent support from, and “close collaboration” with, French authorities.

Dive Insight:
Sanofi was under fire last month after CEO Paul Hudson said that the U.S., because it provided early funding, would be first in line for a Sanofi coronavirus vaccine should one gain approval. The backlash — which came from French President Emmanuel Macron, among others — forced Sanofi to clarify that its manufacturing sites outside the U.S. would be making vaccines for the rest of the world.

Tuesday’s announcement suggests the company and the French government have since come to better terms. With the help of French authorities, Sanofi plans to put 490 million euros, or about $550 million, toward its “Evolutive Vaccine Facility” located in the city of Neuville sur Saône. Sanofi expects the facility will take five years to build and will create 200 new jobs.

The company claims this facility is a first-of-its-kind, designed around a central production hub capable of making three to four vaccines simultaneously, rather than one at a time as current manufacturing sites do. This modular style, according to Sanofi, would allow the company to make vaccines faster and tailor production to address the public health issues happening at any given time.

Meanwhile, ​Sanofi also plans to invest 120 million euros into a research and development center at an existing site in Marcy-l’Etoile, France.

Notably, both the manufacturing and research sites are focused on vaccines for emerging diseases and pandemic risks, hinting that Sanofi views vaccines as worthy of continued investment. Though vaccines provide a steady stream of revenue because of their evergreen demand, they tend to have smaller margins than other parts of pharmaceutical businesses.

Sanofi isn’t alone either, as rivals have shown a renewed interest in vaccines since the start of the pandemic. Pfizer is betting big on exciting yet unproven messenger RNA technology, while GSK and Merck & Co. have invested in smaller biotechs with more established ways of making vaccines.

Vaccines were a “high moat, slow-moving market” before the pandemic, Bernstein analyst Ronny Gal wrote in a recent note. “However, post the epidemic, we will end up with [a] series of new validated technologies, with much lower cost and time to market [than] traditional approaches,” he added, noting there will also likely be “significant excess manufacturing capacity.”

For Sanofi, the pandemic has pushed the company to go after both traditional and more cutting-edge approaches. The partnership with GSK, for example, pairs Sanofi’s recombinant protein platform, which was used to develop its quadrivalent influenza vaccine FluBlok, with GSK’s “adjuvant” technology that makes vaccines more potent.

On the other end, Sanofi is working with Translate Bio on an mRNA vaccine similar to the ones under development at Moderna and Pfizer, which is partnered with German drugmaker BioNTech.

Published by biopharmadive.com on June 16, 2020
Image from Shutterstock