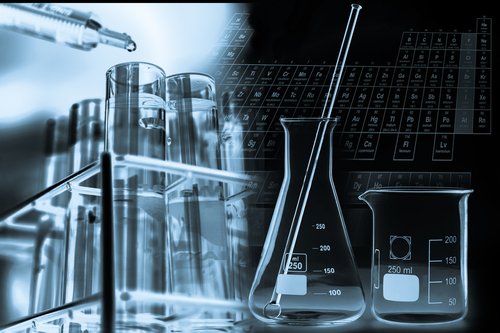 French pharma Sanofi will spin out some of its drug production activities into a new company, announcing last Monday plans to create a standalone contract manufacturer specializing in the active ingredients which compose pills or other medicines.

Seeing an opportunity amid recurring shortages of critical generic drugs, Sanofi expects the new company could earn roughly $1.2 billion in sales by 2022, which would make it the world’s second largest API producer according to the pharma. Sanofi is the midst of a reorganization spurred by faltering diabetes drug sales and a pipeline that’s considered by some analysts to be in the middle of industry ranks. By slimming down, the drugmaker is following a path taken by several of its peers, including Pfizer, GlaxoSmithKline and Merck & Co., which have divested or spun out business to concentrate on high-margin medicines and hot research areas like oncology.

Sanofi is betting the market for contract drug manufacturing will be enough to sustain a new standalone business. A steady pace of new investments by other players suggests Sanofi may be right, although recent consolidation among the largest means the new company will face beefed-up competition. The planned spinout, which has yet to be named, will be sizable, employing 3,100 and holding a network of six API factories across France, Germany, Italy, Hungary and the U.K. An initial offering on Euronext Paris launching the new company publicly could come before 2022, although a decision would be “subject to market conditions,” Sanofi said.

The drugmaker will remain a customer of the new company and will hold a 30% minority stake. A Sanofi spokesperson said the company is seeking a “cornerstone” investor to take a 15% ownership interest in the new spinout, with the rest eventually open to public investment. Many large pharmaceutical companies, including Novartis, Roche, GlaxoSmithKline and Teva, are working to retool their manufacturing networks, shedding legacy sites set up to churn out pills and tablets while investing in new biologic or gene therapy plants.

Sanofi has done the same, recently selling its generic drugs business to Advent and a plant in the U.K. to Recipharm. On the other side of the ledger, the company has spent about $320 million over the past five years on a biologics plant in Framingham, Massachusetts. The six facilities Sanofi will house with the new company represent about a fraction of the 50 or so factories the pharma uses to produce its biologic and pharmaceutical products. Apart from one located in Frankfurt, Germany, none of the others are among Sanofi’s top production sites by volume, according to the drugmaker’s most recent annual report. A large part of the production capacity at all six sites is already being used for third-party clients, a Sanofi spokesperson confirmed to BioPharma Dive. Having Sanofi as a long-term customer will be help the new company’s start, as will being spun out free of debt.

“This new entity would be agile as a standalone company, and able to unlock its growth potential, especially in capturing new third-party sales and all the opportunities of a market growing at a pace of 6% per year,” said Philippe Luscan, head of global industrial affairs at Sanofi, in a statement.

In announcing its plans, Sanofi noted the increasing rate of drug shortages, which have garnered attention as supplies of critical medicines like EpiPen, immune globulin and the cancer drug vincristine have run low. Last fall, a federal taskforce led by the Food and Drug Administration blamed a “broken marketplace,” which failed to incentivize production of less profitable drugs and didn’t reward higher-quality manufacturers. Sanofi also cited the industry’s growing reliance on suppliers based in Asia, most notably India and China. Such supply chains can be fragile, however, and the Chinese government’s decision to lock down cities to contain the spread of the new coronavirus has raised fears of widespread drug shortages.

In that FDA report from last fall, the regulator found 14% of drug API are made in China, along with 8% of finished drug forms.

Published by biopharmadive.com on February 24, 2020
Image from Shutterstock