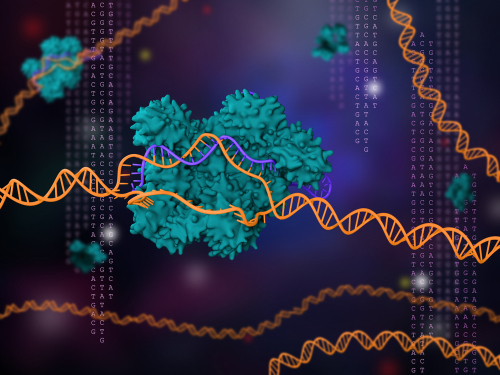 A new study headed by researchers at the Institute for Research in Biomedicine (IRB) has uncovered how palmitic acid (PA)—a fatty acid commonly found in palm oil—alters the cancer genome, increasing the likelihood that cancer will spread. Other types of fatty acid, including the omega 6 and omega 9 fatty acids found in foods such as olive oil and flax seeds, didn’t have this prometastatic effect. The scientists, headed by Salvador Aznar-Benitah, PhD, ICREA researcher and head of the IRB Stem Cells and Cancer lab, say that while much more research is needed, their results suggest that a diet low that is in palmitic acid could feasibly be effective in slowing down the metastatic process. Aznar-Benitah is co-founder of a company that is developing antibody therapies targeting the underlying process, projects that a clinical trial could start within the next couple of years.

Reporting on their preclinical research in Nature, the team concluded, “… our findings not only underscore the long-term health risks associated with a diet rich in PA regarding metastatic progression, but also provide mechanistic insights to identify new epigenetic- and neural/glial-related therapeutic strategies to attenuate and prevent distant dissemination.” Their paper is titled, “Dietary palmitic acid promotes prometastatic memory via Schwann cells.”

Metastasis, the spread of cancer, remains the main cause of death in cancer patients and the vast majority of people with metastatic cancer can only be treated, but not cured. There may be different factors that impact on metastasis, the authors noted. “Metastatic growth from primary tumors is multifactorial and may be dependent on nongenetic factors, including lifestyle.” For example, they pointed out, high-fat diets promote tumorigenesis in preclinical models of cancer, while obesity has been linked with high aggressiveness of certain types of cancer. Other studies suggest that altered uptake and metabolism of fatty acids (FAs) drives cancer progression.

FAs are the building blocks of fat in our body. And while metastasis may be promoted by FAs in our diet, the mechanism responsible isn’t clear, nor is it known whether all FAs contribute to metastasis. The authors further noted, “Fatty acid uptake and altered metabolism constitute hallmarks of metastasis, yet evidence of the underlying biology, as well as whether all dietary fatty acids are prometastatic, is lacking.”

To address these questions, the team carried out a series of studies, comparing the effects of different FAs, PA, oleic acid (OA), or linoleic acid (LA) on primary tumor formation and on metastasis, in mice. The results showed that PA promoted metastasis in oral carcinomas and melanoma skin cancer, whereas OA and LA did not have the same effect. None of the fatty acids tested affected the risk of primary tumor formation.

The studies showed that when palmitic acid was supplemented into the diet of mice, it not only contributed to metastasis, but also exerted long-term effects on the genome. Cancer cells that had only been exposed to palmitic acid in the diet for a short period of time remained highly metastatic, even when the palmitic acid had been removed from the diet. “Tumors from mice that were fed a short-term palm-oil-rich diet, or tumor cells that were briefly exposed to PA in vitro, remained highly metastatic even after being serially transplanted (without further exposure to high levels of PA),” they wrote.

The researchers discovered that this “prometastatic memory” was linked to epigenetic changes that altered the function of metastatic cancer cells and allowed them to form a neural network around the tumor to communicate with cells in their immediate environment and to spread more easily. “Our results indicate that dietary PA not only stimulates metastasis, but that it also does so in a long-term stable manner through a transcriptional state that stimulates intratumoral Schwann cells,” they wrote.

The results suggested that the intratumoral Schwann cells activated by metastatic cells exposed to PA adopt what they termed “a proregenerative state” related to the secretion of a specialized extracellular matrix, and when this occurs, it involves communication with a neuropeptide, galanin, which that is secreted by CD36+ metastatic cells. “This PA-induced prometastatic memory requires the fatty acid transporter CD36 and is associated with the stable deposition of histone H3 lysine 4 trimethylation by the methyltransferase Set1A (as part of the COMPASS complex (Set1A/COMPASS)),” they continued.

By understanding the nature of prometastatic cell communication, the researchers have also uncovered a way to block it. Aznar-Benitah is co-founder of startup ONA Therapeutics, which is developing first-in-class antibody therapies for metastatic cancer. An initial trial testing a candidate antibody therapeutic in different forms of cancer is projected to start within a couple of years.

Aznar-Benitah commented, “I think it is too early to determine which type of diet could be consumed by patients with metastatic cancer that would slow down the metastatic process. That said, based on our results one would think that a diet poor in palmitic acid could be effective in slowing down the metastatic process, but much more work is needed to determine this … We are not concentrating on this direction of research; instead, we are focusing on new potential therapeutic targets that we could inhibit and that could have a real therapeutic benefit for the patient irrespective of their diet.

“If things keep on going as planned, we could start the first clinical trial in a couple of years. I am very excited about this and we are investing a lot of effort to generate the best possible therapy that cancer patients will hopefully be able to benefit from in the nearby future.”

Helen Rippon, PhD, chief executive at Worldwide Cancer Research, which part-funded the reported research, commented, “This discovery is a huge breakthrough in our understanding of how diet and cancer are linked and, perhaps more importantly, how we can use this knowledge to start new cures for cancer.” Metastasis is estimated to be responsible for 90% of all cancer deaths—nine million deaths per year globally, she noted. “Learning more about what makes cancer spread and—importantly—how to stop it is the way forward to reduce these numbers. Discovery research like this is incredibly exciting because it marks the beginning of a journey that will ultimately lead to more lives saved and more time spent with loved ones. We are all very excited to see the results from this clinical trial and the future impact these findings might have on people with metastatic cancer.”