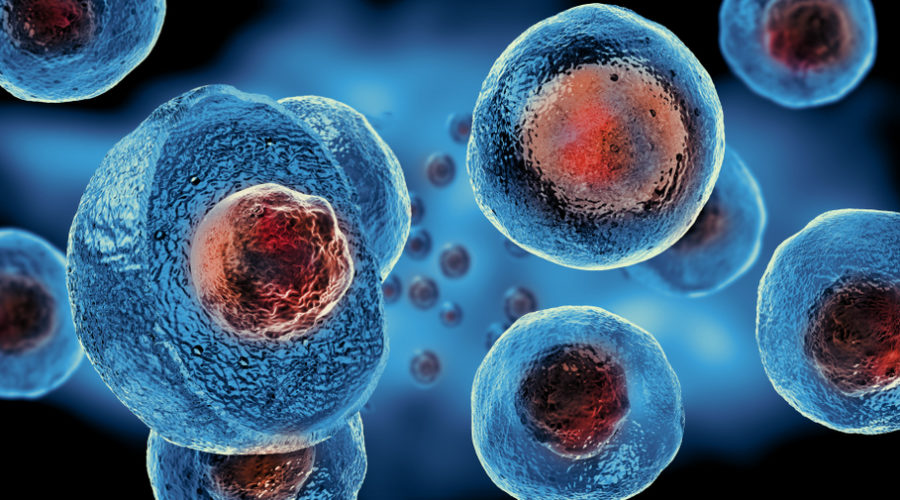 Scientists at the University of Bristol have invented a new technology that could lead to the development of a new generation of smart surgical glues and dressings for chronic wounds. The new method, pioneered by Dr Adam Perriman and colleagues, involves re-engineering the membranes of stem cells to effectively “weld” the cells together.

Cell membrane re-engineering is emerging as a powerful tool for the development of next generation cell therapies, as it allows scientists to provide additional functions in the therapeutic cells, such as homing, adhesion or hypoxia (low oxygen) resistance.

At the moment, there are few examples where the cell membrane is re-engineered to display active enzymes that drive extracellular matrix production, which is an essential process in wound healing.

In this research, published in Nature Communications on April 23, the team modified the membrane of human mesenchymal stem cells (hMSCs) with an enzyme, known as thrombin, which is involved in the wound healing process.

When the modified cells were placed in a solution containing the blood protein fibrinogen, they automatically welded together through the growth of a natural hydrogel from the surface of the cells. The researchers have also shown that the resulting 3D cellular structures could be used for tissue engineering.

Dr Adam Perriman, Associate Professor in Biomaterials in the School of Cellular and Molecular Medicine, said: “One of the biggest challenges in cell therapies is the need to protect the cells from aggressive environments after transplantation.

We have developed a completely new technology that allows cells to grow their own artificial extracellular matrix, enabling cells to protect themselves and allowing them to thrive after transplantation.”

The team’s findings could increase the possibilities in tissue engineering for chronic wound healing, especially because the process uses fibrinogen, which is abundant in blood.

The researcher’s new method of the conversion of natural enzymes into a membrane binding proteins, could pave the way for the development of a wide range of new biotechnologies.