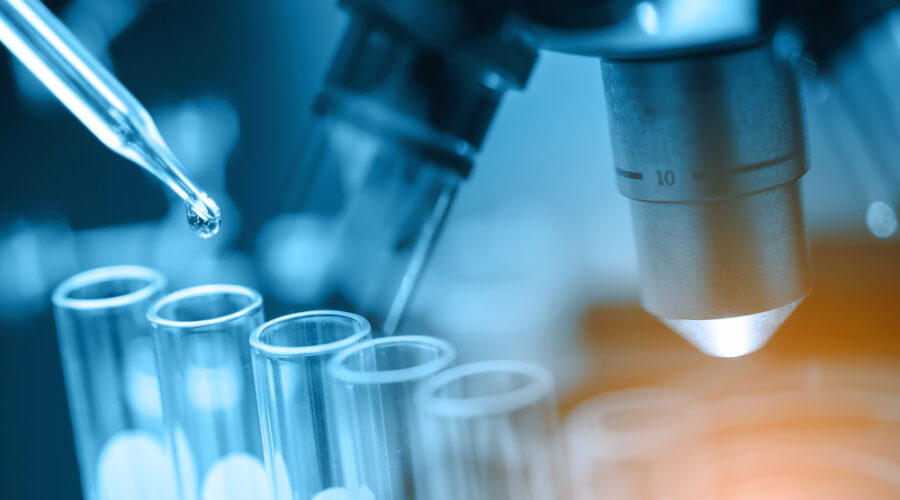 Much as yeast serves in bakeries as single-celled helper, the bacterium Escherischia coli is a must in every biotechnology lab. A team led by Prof. Dr. Barbara Di Ventura, professor of biological signaling research at the University of Freiburg, has developed a new so-called optogenetic tool that simplifies a standard method in biotechnology: Instead of feeding the bacteria with sugar as is commonly done, the researchers can now simply shine light on them. Di Ventura, Prof. Dr. Mustafa Hani Khammash from ETH Zurich/Switzerland and their teams, foremost first authors Edoardo Romano and Dr. Armin Baumschlager, published their results in Nature Chemical Biology.

“We’ve called the new system BLADE — blue light-inducible AraC dimers in Escherichia coli,” explains Romano. Scientists control the expression of a desired gene in the bacterium E. coli using the PBAD promoter, which is part of the genetic network that regulates the metabolism of the sugar arabinose in bacteria. This allows them to selectively produce proteins and study signaling processes in the bacteria. “This new light-guided construct can replace the wide-spread arabinose gene expression system, facilitating the adoption of optogenetics among microbiologists,” explains Di Ventura, who is a member of the Clusters of Excellence CIBSS — Centre for Integrative Biological Signalling Studies and BIOSS — Centre for Biological Signalling Studies.

Optogenetics uses proteins that respond to light to regulate cell functions. “BLADE is intended for use in synthetic biology, microbiology, and biotechnology. We show that our tool can be used in a targeted manner, that it is fast and reversible,” comments Di Ventura. To demonstrate with what precision BLADE responds to light, Di Ventura and her team made bacteriographs: images created from bacterial cultures. BLADE consists of a light-sensitive protein and a transcription factor: a protein that binds a specific sequence of the DNA found in the so-called promoter region of a gene and controls whether the corresponding gene is read by the cell machinery. The researchers controlled with BLADE the expression of the gene coding for a fluorescent protein to create the bacteriographs.

The Freiburg scientists illuminated the bacterial lawn through a photomask glued to the lid of petri dishes. The bacteria fluoresced at the point at which they were illuminated, because BLADE was activated: The images were created under a fluorescence microscope. In another experiment, the researchers used BLADE to regulate genes that made E. coli cells longer, thicker and rod-shaped. It was even possible to reverse the changes: The cells reverted to their original shape after four hours without light. In this way, the system can be used to study many other genes — even genes that are not from E. coli.

Di Ventura holds one of the core professorships at BIOSS — Centre for Biological Signalling Studies and coordinates Research Area C: Re-building and Biotechnology. At the Cluster of Excellence CIBSS — Centre for Integrative Biological Signalling Studies, Di Ventura is participating in the development of so-called control-of-function technologies, such as optogenetic tools.