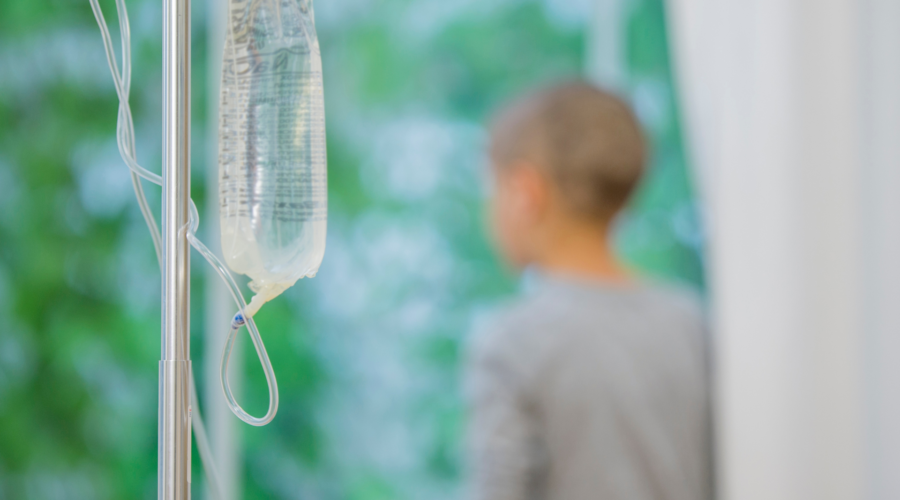 A teenager in the UK has become the first person to be treated with a revolutionary new gene-editing therapy. The patient’s incurable leukemia was effectively cleared using “base-edited” immune T-cells from a donor.

“This is a great demonstration of how, with expert teams and infrastructure, we can link cutting-edge technologies in the lab with real results in the hospital for patients,” explained Waseem Qasim, a University College London researcher working on the project. “It’s our most sophisticated cell engineering so far and paves the way for other new treatments and ultimately better futures for sick children.”

The technology behind the innovative new treatment is barely five years old, with researchers originally describing the technique as “CRISPR 2.0.” Unlike prior CRISPR gene editing techniques, which act essentially like cut-and-paste tools, base editing is much more targeted and precise.

Our human genome consists of 3 billion base pairs made up of chemical units referred to by the letters A, C, G, and T. Base editing allows for single-letter edits in genes, without causing breaks in DNA. If prior iterations of CRISPR were like molecular scissors, base editing is like using a pencil and eraser – changing single letters in base pairs to alter specific cellular mechanisms.

“Base editors allow precise nucleotide substitutions in the DNA without having to break the DNA to force the cell machinery to repair it and in the process make mistakes, which is the main mechanism of CRISPR-Cas9,” explained Alena Pance, a geneticist from the University of Hertfordshire. “This property of base editors and the advances to improve their accuracy means that the exact wanted changes can be made, leaving no trace on the DNA otherwise, reducing the potential of collateral effects.”

In this new instance, base editing was utilised to create a novel treatment for a 13-year-old patient suffering T-cell acute lymphoblastic leukemia. This incurable form of cancer involves a patient’s T cells not maturing effectively and disrupting other blood cells.

Over the last few years, scientists have made extraordinary breakthroughs in gene therapies for cancer. Gene editing a patient’s T cells to target specific cancers is not a particularly new technique. However, the challenge with T-cell acute lymphoblastic leukemia is that gene editing T cells to target other T cells tends to result in the modified cells destroying other modified T cells.

So the new base editing technology allowed researchers to add several novel modifications to T cells, which were supplied by a healthy donor. The base edits altered several key markers that identify the immune cells as T cells. This meant the edited cells were essentially invisible to other T cells.

Other base edits to the T cells removed markers that were unique to the donor, turning the cells into a “universal” treatment. Crucially, this means the treatment can become an off-the-shelf drug given to many patients, in contrast to the slow and expensive personalised nature of current T cell therapies.

Simon Waddington, a professor of gene therapy at University College London, said there has been some stunning success with prior gene therapies, but the onerous process of creating the treatments has limited its broad viability. Harvesting immune cells from a patient, genetically modifying those specific cells, and then transplanting them back in the patient is a slow and time-consuming process.

“In this study, a bank of cells was generated – a single bank of cells which could be used to treat many patients,” said Waddington. “This enables scalability, commercial viability, and standardisation of the medicinal product.”

The very first clinical trial testing this kind of base-edited T cell therapy is currently underway, and reports from the very first patient given the treatment are stunning, to say the least. The young patient had exhausted all conventional treatments and was on a path to palliative care before being enrolled in the trial.

Within a month of receiving the experimental therapy the patient, named Alyssa, was completely leukemia free. Now, six months later, Alyssa is still in complete remission.

The preliminary clinical trial is looking to enroll another 10 patients over the coming years but this leukemia treatment is just the tip of the iceberg for base editing technology. At least three other trials are already underway testing base editing to treat sickle-cell anemia, high cholesterol and a blood disorder called beta-thalassemia.

David Liu, one of the researchers who developed the base editing technique just a few short years ago, said these few therapeutic applications for the technology are only just the beginning of what base editing can achieve.

“The vast majority of known genetic diseases require precise target gene correction as opposed to gene disruption or deletion,” Liu explained recently at a gene editing conference. “[These emerging technologies] give us hope that one day we may no longer be so beholden to the misspellings in our DNA.”

Want to know more and are you interested in the Life Science Industry? Or are you currently looking for an opportunity within a Biotechnology organisation? Then let experts help you by finding you a fitting job within your desired field. Discover how you can be helped here!