The drug desirudin is made from venom of LEECHES 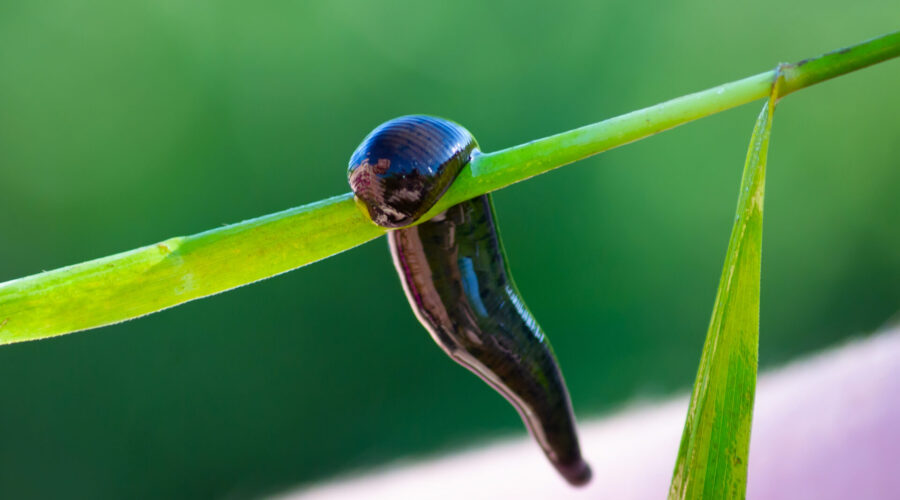 It has come to our attention that a popular pharmaceutical drug for treating blood clots is made from the genetically modified (GMO) venom of leeches.

Desirudin (IPRIVASK) is a selective and near-irreversible inhibitor of thrombin that some doctors were using to treat Wuhan coronavirus (COVID-19) patients with blood clots.

Desirudin is a blood thinner and thus worked well in some applications to prevent patients with serious COVID from potentially dying due to a thrombotic event.

According to ToxinTech, a biotechnology startup that specializes in cataloging animal venom peptides for drug research purposes, desirudin is made from the venom of the European medicinal leech (Hirudo medicinalis).

A similar drug product called lepirudin (REFLUDAN), which binds irreversibly to thrombin, is also made from European medicinal leech venom.

Desirudin is administered to prevent venous thrombotic events from occurring, while lepirudin is used for anticoagulation in heparin-associated thrombocytopenia, as well as to treat thromboembolic disease.

Is the deep state architecting bioweapons out of animal venom, then unveiling the cure in form of anti-venom drugs?
As we reported the other day, Dr. Bryan Ardis dropped a major bombshell on how the Fauci Flu may actually be a snake disease as opposed to a bat disease as was long claimed.

There is speculation that covid may actually be some sort of GMO snake venom poison, which would explain why monoclonal antibodies, an anti-venom class of drugs, work well to beat it.

It is almost like COVID is a “snake bite,” and monoclonal antibodies are the anti-venom used to stop that snake bit from killing – which is what snake bites are designed to do, of course.

“There is an acute inflammatory response, increasing blood clotting and cardiac involvement,” revealed Dr. Neica Goldberg, medical director at New York University‘s Women’s Heart Program, about how COVID is more of a cardiovascular disease as opposed to a respiratory disease.

At the time, Nathan also admitted that animal venom drugs have been in use for quite some time, particularly in the field of cardiovascular medicine.

“Several hundred thousand heart attacks occur in the United States every year, and a significant proportion of these heart attacks are treated with agents, which unbeknownst to both the physician and patient, are actually derived from animal venom,” he is quoted as saying.

“There’s a bit of a misconception that drug development, particularly with antiplatelets or anticoagulants, is now passé – that we’ve discovered everything that we need to know. In my opinion, nothing could be further from the truth.”

As the layers get peeled back, more becomes clear about what is, and has been, going on for who even knows how long with venom and anti-venom outbreaks, epidemics, and now plandemics.

Could it be that the deep state is developing deadly diseases out of animal venom, only to then unveil the cure in the form of anti-venom drugs, all while profiting from both sides of the war? It sure seems that way, huh?

“Drug makers cannot make a treatment without identifying what they are targeting at,” wrote someone at Natural News in response to the revelations made by Dr. Ardis about the anti-venom components of monoclonal and polyclonal antibodies.

“That means if Dr. Ardis found out that the toxins in fact are synthetic venom, those companies which develop the antibody treatment knew they were developing antibodies against venom (a hybrid: venom + HIV).”