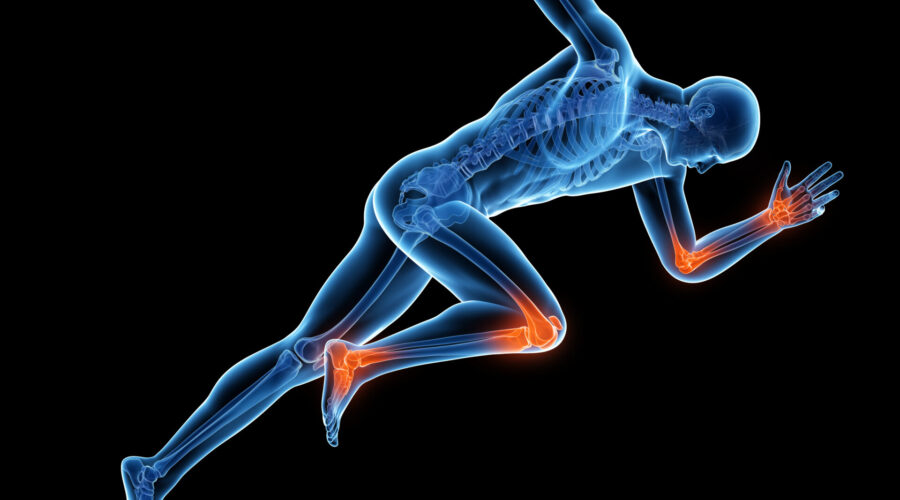 Combining optogenetics, neuron-specific mutations, nerve-injury, and inflammatory disease models, with direct measurements of inflammation and neuropathic pain, scientists at the Feinstein Institutes show that the release of the nociceptor protein HMGB1 is required to mediate pain and inflammation during sciatic nerve injury and arthritis.

Their findings are reported in the Proceedings of the National Academy of Sciences (PNAS) article, “HMGB1 released from nociceptors mediates inflammation.” The study provides direct evidence that nociceptor-related pain can be prevented by targeting HMGB1—a potential therapy for neuroinflammatory diseases.

Crossbreeding a neuron-specific Cre recombinase (synapsin-cre) with conditional-ready mice where the HMG1B gene is flanked by LoxP-FRT sites, the authors selective remove the nociceptor from neurons in mice.

When the sciatic nerve is injured in these mice lacking HMG1B in their neurons, to activate neurogenic inflammation, the researchers show the mice are protected from the development of skin inflammation and neuropathic pain (allodynia), compared to control mice where HMG1B remains intact.

Nociceptor-dependent inflammation also plays a significant pathological role in arthritis, a disease that can be modeled in mice by injecting collagen antibodies. Mice lacking HMG1B in their neurons when induced to develop arthritis, the authors show, are also protected from developing joint inflammation and neuropathic pain.

Activation of nociceptors controls inflammation through the release of neuropeptides producing neuroinflammation. While important, if unresolved inflammation can be harmful, resulting in autoimmune or autoinflammatory disorders like rheumatoid arthritis or Crohn’s disease.

“Using light or genetic tools, we can turn off and on the switch that controls inflammation in the body,” says Sangeeta S. Chavan, PhD, professor in the Institute of Bioelectronic Medicine at the Feinstein Institutes and corresponding author on the study. “This preclinical bioelectronic medicine research is paving the way for a variety of new treatment options for people living with serious, chronic health conditions.”

“Our new methodology allows us to develop ways to regulate inflammation mediated by neurons,” says Huan Yang, PhD, lead author of the study. “The optogenetic and neuronal-specific ablation strategies show us the critical role HMGB1 plays in neuroinflammation and pain.” The results show that a new paradigm for nervous system integration of environmental signals to stimulate inflammation is fundamental to spark an immune system defense during infection and injury. The research suggests that targeting HMGB1 may constitute a new therapeutic approach for treating a variety of diseases.

“After 30 years of researchers studying how to turn off the immune system, we recently sought a way to turn it on,” says Kevin J. Tracey, MD, president, and CEO of the Feinstein Institutes. “Thanks to this pivot in research, Drs. Yang and Chavan discovered that nerves release a molecule to produce inflammation in the body, which could lead to a new strategy to develop pharmaceutical and bioelectronic therapies.”

Chavan and the Institute of Bioelectronic Medicine continue to combines molecular medicine, neuroscience and, bioengineering protocols to develop new therapeutic approaches to treat diseases and injury.

Do you want to join a place where you can work on developing new therapeutic approaches such as this one, for example? Check out our available opportunities for you HERE!