Tiny Antennas Made from DNA Light Up Protein Activity 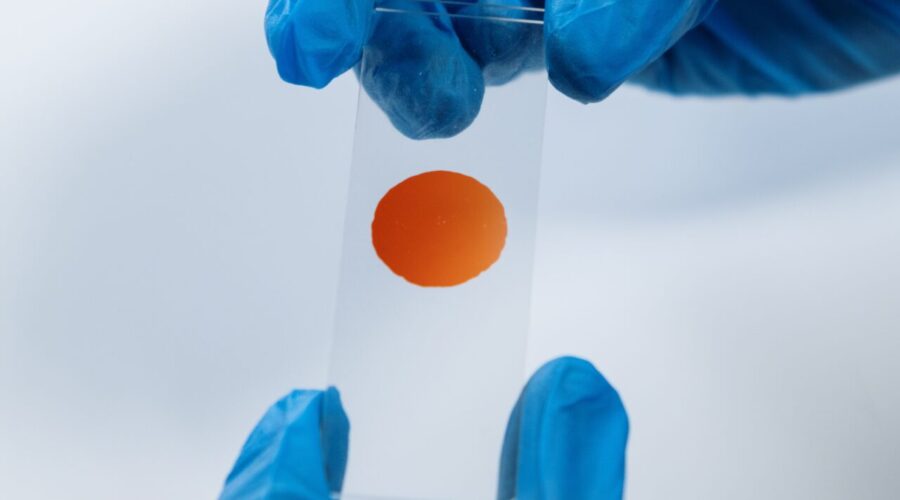 Developing drugs can be hit or miss, but now a tiny, DNA-based sensor may help streamline the task. Acting as a “fluorescent nanoantenna,” the sensor could flag in real time if a prospective drug is binding to its target or reveal other cellular activity.

Cells use protein molecules to communicate with one another and trigger functions throughout the body. When such a message comes into contact with a cell’s surface protein, one of the molecules involved changes shape like a lock opened by a key, prompting a reaction. At just five nanometers across—one 200th the length of a typical bacterium—fluorescent nanoantennas can bind to and interact with proteins on a molecular level. Each nanoantenna can target a particular protein; when that protein changes shape, the bound nanoantenna shifts as well and emits specific light when viewed under a fluorescence microscope.

For a study in Nature Methods, researchers put these new nanoantennas to work flagging when a particular digestive protein executed five different activities in a solution, such as reacting to antibodies and changing intestinal acidity. “It’s a nice tool in our toolbox,” says the study’s senior author Alexis Vallée-Bélisle, a nanotechnology researcher at the Université de Montréal.

Other researchers have built nanoantennas from metals that attach to any protein encountered. But the new antennas’ DNA-based structure can be programmed to adhere to a specific protein—or region on a protein—based on a sequence of building blocks called nucleotides. “They’re like Legos,” says Mina Yeşilyurt, a physicist at the Leibniz Institute of Photonic Technology who was not involved in the study. “You can create endless combinations.”

Sensing structural changes in specific molecules has big implications for drug development, the study authors say. Vallée-Bélisle uses the example of a protein involved in turning cells cancerous. Researchers could introduce fluorescent nanoantennas to monitor whether a drug successfully blocks the cancer-causing protein from binding to a healthy cell analogue in the lab.

Fluorescent nanoantennas are still subject to many of the same limitations as older techniques, such as false positives that arise when proteins unfold because of interference from the antennas themselves. “There is no silver bullet that solves all of the problems in these things,” says Ahmet Ali Yanik, a nanoplasmonics engineer at the University of California, Santa Cruz, who was not involved with the research.

But Yanik does think the approach will be useful—especially given its relative affordability compared with other ways of monitoring proteins, such as x-ray crystallography. “Every biology lab has a fluorescence microscope,” he says. “So it’s definitely a technique that can catch on.”