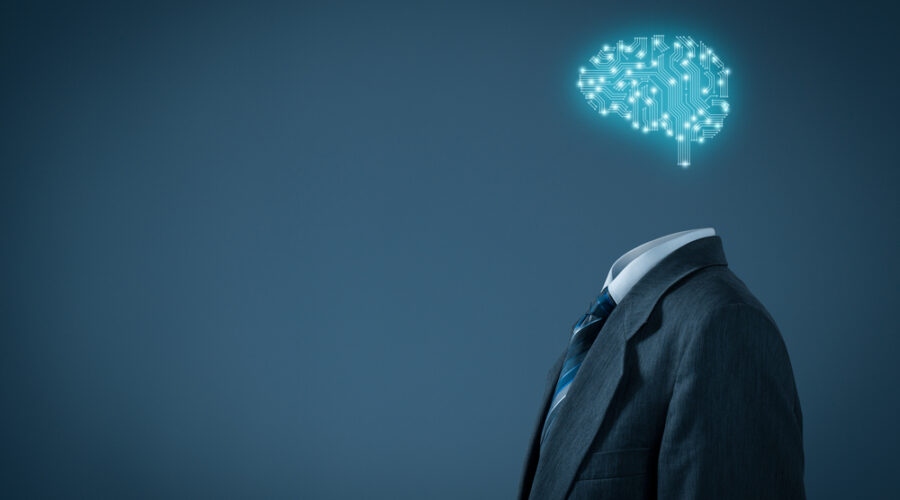 Rapid advances in artificial intelligence over the last decade have the potential to revolutionize how drugs are developed. These are the top 10 companies in Europe that are working to make AI drug discovery a reality.

Drug development is a slow and increasingly expensive process. Artificial intelligence (AI) has the potential to make the drug development process quicker, cheaper and more efficient. This technology can make scanning vast libraries of chemical compounds that might be able to treat a certain disease easier, can speed up the analysis of biomedical information from the literature, and can help companies recruit the most suitable patients for clinical trials. AI can also streamline the design of better drugs and incorporate new data, such as genomic analysis, to help personalized medicine become a reality.

There are now an increasing number of companies that are using AI to improve drug discovery and development in a variety of different ways. We enlisted the help of experts in the industry to select the top European companies in this area. As ever, these are in no particular order.

Exscientia was one of the first companies to apply AI technology to drug discovery. Its focus is to quickly identify and optimize drug candidates that are more likely to succeed in clinical trials than those selected by conventional means.

The company’s first AI-designed drug candidate, to treat obsessive-compulsive disorder, began human testing in a phase I trial earlier this year. It took Exscientia 12 months to bring the candidate to clinical trials rather than the average time of around five years. More recently, the company announced it was working with US partners to apply its technology to searching for drug candidates to treat Covid-19.

The Oxford-based company has deals with Bayer, BMS, Sanofi, GSK, and Celgene to co-develop new drugs for a variety of diseases and conditions. Exscientia also closed an impressive €54M Series C round at the end of April, in the midst of the Covid-19 pandemic.

The company raised a €50.8M Series B round in October 2019. Shortly after, Healx announced it was committing €17M to run its Rare Treatment Accelerator program, allowing patient groups a chance to work with the company to find new treatments for rare diseases.

The company’s most advanced program, a drug repurposed for fragile X syndrome, took less than two years to reach clinical trials instead of the normal five-to-seven years this process usually takes. Like many others, Healx is using its technology to search for treatments for Covid-19.

BenevolentAI has developed an AI platform that can identify new drug target candidates for any therapeutic area. The company has its own pharmaceutical team to investigate potential leads and develop their own products. The company began life as Stratified Medicine before changing its name in 2016.

BenevolentAI is working in a variety of disease areas including Alzheimer’s and ALS. While the company is working on its own drug candidates, it also has various partnerships including with the big pharma companies AstraZeneca and Novartis. BenevolentAI recently hit the news when it discovered a potential treatment for Covid-19, the existing rheumatoid arthritis drug baricitinib, which has shown to improve and speed up the recovery of hospitalized patients with Covid-19.

The company technically reached ‘unicorn’ status in 2018 when it achieved a valuation of €1.7B after a big fundraising. However, the company’s valuation suffered significantly when Neil Woodford, who had been a major investor, was forced to wind up his fund in 2019, though the valuation has since improved again.

Unlike other companies in the field, Innoplexus doesn’t develop its own pharmaceuticals, Instead, the firm gives pharma companies, biotechs, contract research organizations and life sciences professionals access to its data platform to help them design better drugs and improve decision making throughout the drug development process.

Last spring, Innoplexus closed a Series C round worth an undisclosed amount in the “double-digit millions”. In March, The company released an analysis of hundreds of clinical studies that suggested a treatment for Covid-19 consisting of hydroxychloroquine combined with a variety of other drugs, including Gilead’s antiviral remdesivir.

Evaxion has a focus on infectious diseases and oncology. The company has developed two AI platforms that can be used to create immunotherapies by selecting the antigens that are most likely to produce strong immune responses against infections or cancer.

One of the platforms is used for the development of personalized cancer immunotherapies. In April 2019, the company dosed its first patient with its lead candidate, a therapeutic vaccine targeting solid tumors. The other platform can identify vaccine antigens that trigger protective responses against pathogenic bacteria in less than a day.

At the end of last year the company raised €16M. As with most of the other companies in this space, Evaxion has launched its own Covid-19 effort — an AI platform designed to enable a faster response to emerging viral pandemics by identifying potential vaccines and taking them to clinical trials within just 13 weeks.

Genome Biologics has a focus on RNA interference therapies for cardiovascular and cardiometabolic diseases. The company uses an AI platform to assist in identifying suitable drug targets and also allows 2D and 3D investigation of RNAi disease targets in a variety of animal models.

Genome Biologics was developed with support from the Johnson & Johnson Innovation Labs Incubator in Beerse, Belgium, where the company has an office. The company is still young, but has raised €2.5M in grant and seed funding to further develop its technology. Its lead candidate treatment is expected to start phase I/II testing in heart failure patients next year.

Genome Biologics recently joined Blue Knight, a collaboration of companies created by Johnson & Johnson Innovation and the Biomedical Advanced Research and Development Authority (BARDA) in the US, that aims to anticipate potential global health threats and infectious diseases.

Novadiscovery uses data from preclinical and clinical studies to model a drug’s effect on patients and predict whether it will be successful or not at treating a specific disease. The company has worked on a wide range of indications including liver disease, respiratory disease, hepatitis, immuno-oncology, and cardiovascular disease.

Compared to other similar companies, Novadiscovery is able to work with small and large data sets alike. The AI platform is also designed to be transparent and allow users to check if the tool is working correctly.

The company raised €5M in Series A funding earlier this year to develop its technology further and offer it to clients as a cloud-based service where users pay for access.

Nuritas uses its AI platform to search and analyze large libraries to find potential drug candidates or nutritional additives. In particular, the company focuses on identifying and developing peptide drugs.

Although it has a strong focus on developing nutritional supplements, Nuritas is also using its platform to develop potential drug candidates. The company is currently investigating a fibrosis target that is implicated in a number of diseases including liver, renal and cardiac disease.

Nuritas has raised €53.9M since it was founded in 2014 and has collaborations with big players such as Nestle, Johnson & Johnson and BASF. The company has also joined the Covid-19 effort and is searching for antiviral peptides that could block the virus causing Covid-19, SARS-CoV-2, from infecting cells or locally reduce lung inflammation without the need for complete immunosuppression.

Turbine has a focus on cancer. The company has built a dynamic computational model of human cell biology that uses AI to predict how cancer cells respond to drugs and finds new targets, biomarkers and therapies. By running thousands of simulated experiments, this technology can dramatically speed up drug development.

Turbine is currently focusing on DNA damage repair targets, found in 30% of cancers, particularly in patients resistant to other therapies. The company secured €3M in seed funding at the end of last year and has partnered with German big pharma Bayer to develop new applications for its existing cancer drugs. It also has its own preclinical-stage drug development programs in development.

Tel Aviv-based CytoReason is definitely worth a mention on this list. The company has one of the largest libraries of human molecular data in the world. It uses this information to create computational cell models of the human immune system to advance drug development.

For example, an analysis of melanoma biopsies using the company’s AI platform identified that patients who responded to the drug nivolumab had higher numbers of adipocyte cells than those who did not. The company has also discovered several potential new targets for this cancer that had not previously been investigated.

CytoReason has not revealed its funding to date, but has high-value partnerships with several big pharma companies including Pfizer, GSK and Roche focusing on drug development in immunology.