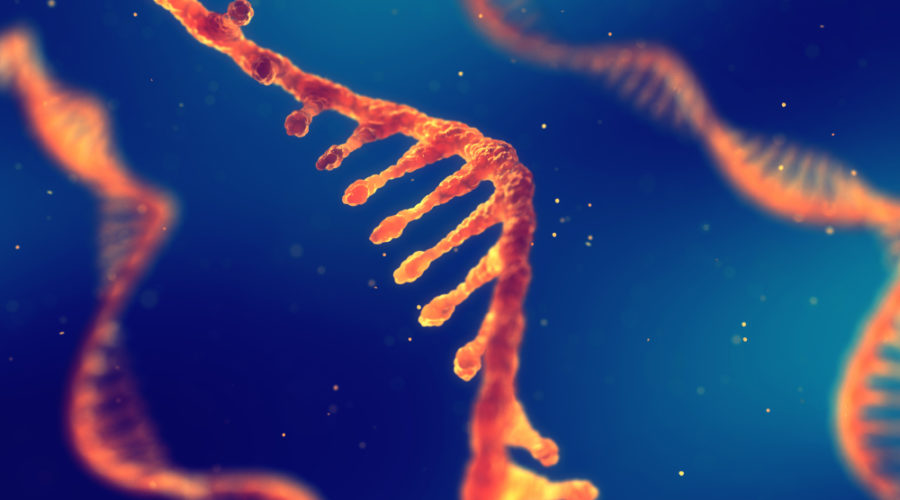 “We are very encouraged by these preliminary data, the first such data to be reported for patients with beta thalassemia and sickle cell disease treated with our CRISPR/Cas9 edited autologous hematopoietic stem cell candidate CTX001,” CRISPR Therapeutics CEO Samarth Kulkarni, PhD, said in a statement. “These data support our belief in the potential of our therapies to have meaningful benefit for patients following a one-time intervention. We continue to enroll these studies as we drive forward to develop CRISPR/Cas9 therapies as a new class of transformative medicines to treat serious diseases.”

Added Vertex chairman, president, and CEO Jeffrey Leiden, MD, PhD: “The data we announced today are remarkable and demonstrate that CTX001 has the potential to be a curative CRISPR/Cas9-based gene-editing therapy.”

The companies released nine-month data for one patient with transfusion-dependent beta thalassemia (TDT) who received CTX001 in the first quarter of 2019. The patient also achieved neutrophil engraftment 33 days after CTX001 infusion, and platelet engraftment 37 days after.

The TDT patient experienced two serious adverse events—pneumonia in the presence of neutropenia and veno-occlusive liver disease attributed to busulfan conditioning—but both were resolved and neither were related to CTX001, according to the trial’s principal investigator.

The TDT trial, titled CLIMB-Thal-111 (NCT03655678), is designed to assess the safety and efficacy of a single dose of CTX001 in patients ages 18 to 35 with TDT. The study will enroll up to 45 patients and follow patients for approximately two years after infusion. Each patient will be asked to participate in a long-term follow-up study. Enrollment is ongoing at six clinical trial sites in the United States, Canada, and Europe.

Before enrolling in the trial and being infused with CTX001, the patient experienced seven vaso-occlusive crises per year—the annualized rate during the two years prior to consenting for the study.

The SCD patient experienced three SAEs, none of which were considered related to CTX001: sepsis in the presence of neutropenia, cholelithiasis, and abdominal pain. All three were resolved, the companies said.

The SCD trial, CLIMB-SCD-121 (NCT03745287), is intended to assess the safety and efficacy of a single dose of CTX001 in patients ages 18 to 35 with severe SCD. The study will enroll up to 45 patients and follow patients for approximately two years after infusion. Each patient will be asked to participate in a long-term follow-up study. Enrollment is ongoing at 12 clinical trial sites in the United States, Canada, and Europe.

Both the SCD and TDT trials are ongoing, and “several” additional patients have been enrolled in the studies, CRISPR Therapeutics and Vertex said, adding that the patients will be followed for approximately two years following infusion.

Patients who enroll in the studies will have hematopoietic stem and progenitor cells collected from peripheral blood. The patient’s cells will be edited using CRISPR/Cas9. The edited cells are then infused back into the patient as part of a stem cell transplant, during which patients undergo treatment with myeloablative busulfan conditioning.

“While the data are exciting, we are still in the early phase of this clinical program,” Leiden added. “We look forward to continuing to work with physicians, patients, caregivers, and families over the coming months and years to bring forward the best possible therapy for these two serious diseases and to continue to accelerate our gene-editing programs for other serious diseases such as Duchenne muscular dystrophy (DMD) and myotonic dystrophy type 1 (DM1).”

In June, Vertex committed to developing treatments for both diseases with CRISPR Therapeutics by agreeing to spend an additional up-to-$1.175 billion to expand the companies’ potentially $2.5 billion-plus collaboration launched in October 2015 to develop gene therapy-based treatments. The companies entered into an exclusive licensing agreement to discover and develop gene editing therapies for the treatment of DMD and DM1.

Published by Genengnews.com on November 19, 2019
Image by Shutterstock